The Lawrence Herbert School of Communication educates students to master, excel in, and provide leadership for the future of media. A curriculum that provides strong technical skills while remaining steadfastly committed to a liberal arts foundation means that our graduates are ready for the jobs out there today, but are also able to adapt to new conditions in the years and decades ahead.

The school was named in 2013 in honor of Lawrence Herbert ’51, inventor of the Pantone Matching System and former chairman and CEO of Pantone, Inc. Mr. Herbert’s transformative commitment allows the Herbert School to innovate and keep pace with a rapidly changing media landscape.

welcomes you to The Lawrence Herbert School of Communication

In order to create an academic environment that embraces diversity of thought and acceptance of all people, the Lawrence Herbert School of Communication is committed to diversity and inclusivity for all students, faculty, and staff. To this end, it is our mission to nurture a sense of belonging and drive change in the direction of building a culture where inclusiveness is a reflex, not an initiative.

The purpose of the Alumni Association is to foster, maintain and support a mutually beneficial relationship between alumni and the Herbert School. The Alumni Association Leadership Committee is comprised of Hofstra graduates who provide guidance for the Association's programs and activities, and help steward the mission of the Lawrence Herbert School of Communication through service as ambassadors, advisors, and advocates.

Meet the leadership of the Herbert School Alumni Association. 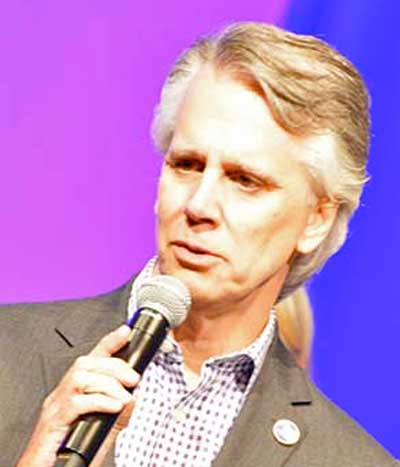 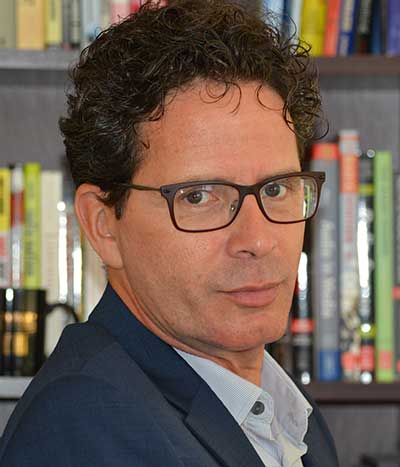 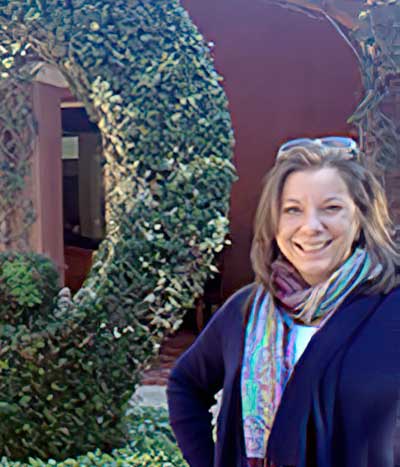 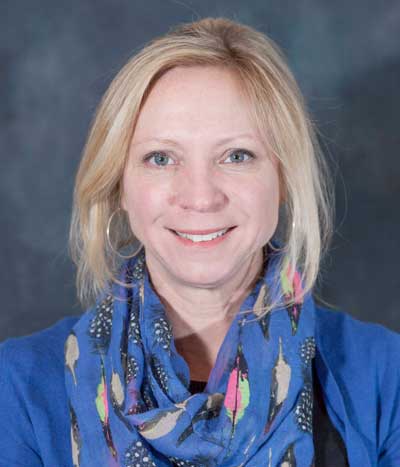 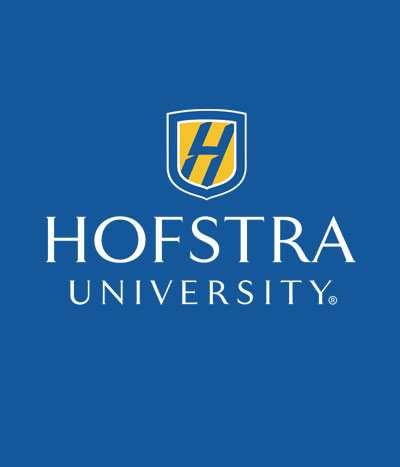 Mark Lukasiewicz is a veteran producer, journalist, and media executive who has spent his professional career telling important stories to worldwide audiences and helping media organizations deal with transformational change.

Most recently, he was senior vice president of specials at NBC News, planning and supervising coverage of major breaking news events such as the death of Osama bin Laden, the visit of Pope Francis to the United States, and presidential elections and debates from 2004 to 2016. Also at NBC, he served as NBC News’ first vice president of digital media, and later as executive-in-charge of the NBC News Group Transformation Project, a multiyear redesign and reimagining of technology, workspace, and workflow across NBCUniversal’s news platforms.

Before NBC, Lukasiewicz spent 11 years at ABC News where he was executive producer of Good Morning America, senior producer of World News Tonight with Peter Jennings, and senior producer of Primetime Live with Diane Sawyer and Sam Donaldson. In his decades-long career, he has produced numerous live and long-form programs, winning 10 Emmys, two Peabody Awards, and the Grand Prize of the Robert F. Kennedy Journalism Awards, among other journalism and international film festival awards. He has also taught video storytelling at the Columbia Journalism School, and has been a featured speaker at professional conferences in the United States and abroad.

A native of Canada, Lukasiewicz began his career as a reporter and columnist with The Globe and Mail and later as a senior producer with the Canadian Broadcasting Corporation (CBC). He earned a BA in economics (with honours) from the University of Toronto.

Mario A. Murillo, a longtime scholar and award-winning journalist, is Professor in the Department of Radio, Television, Film and Latin American Studies at Hofstra University, and is an active member of the Advisory Board of Hofstra’s Center for Civic Engagement. In his many years in radio Dean Murillo has served as Program Director, director of Public Affairs programming, and a host and producer at WBAI Pacifica Radio in New York, was a feature correspondent for NPR's Latino USA, and served as a regular guest host on WNYC New York Public Radio. Dean Murillo is a faculty advisor and producer at WRHU 88.7FM, Hofstra University’s award-winning, student-run, community-licensed radio station, and also teaches the Journeys Through Latin America - Contemporary Cuba course as part of the Hofstra in Cubaprogram.  He is the author of Colombia and the United States: War, Unrest and Destabilization (Seven Stories, 2004), and Islands of Resistance: Puerto Rico, Vieques and U.S. Policy (Seven Stories, 2001), and has written and reported extensively about Latin America for a number of publications and journals.  Dean Murillo was a 2008-2009 Fulbright Scholar in Colombia, where he worked in the Universidad Pontificia la Javeriana in Bogotá in its department of social communication.

Dean Marlowe oversees external relations for the Lawrence Herbert School of Communication and is responsible for school-wide coordination of outreach programs, internships, community projects, public relations, scholarships, alumni affairs and fundraising efforts. She has more than twenty years of development experience with a variety of nonprofit organizations. She joined  Hofstra University in 2007, initially as Director for Development Research in the Office for Development and Alumni Affairs, and later assumed the role of Director for Major Gifts.  In that position, she served as a liaison to the School of Communication and the Joan and Arnold Saltzman Community Services Center, initiating and providing support for fundraising and alumni affairs activities. Her prior positions include Assistant Director for Development at The MacDowell Colony, an artists' residency program located in Peterborough, New Hampshire, and Development Associate for Community Relations and Special Events at the Heckscher Museum of Art in Huntington, New York. Dean Marlowe earned her bachelor’s degree in Arts Management from Russell Sage College, and her master’s degree in Public Relations from Hofstra University.  In 2015, Dean Marlowe launched the Herbert School's Hofstra in LAprogram.

Dean Roberts served as Assistant Director of the Hofstra Career Center and liaison to the Lawrence Herbert School of Communication for more than two years, where she provided counseling and advisement in all aspects of career education and professional development for undergraduate and graduate students and alumni. At the Career Center, she developed and produced career-related programming and events, including Career Fairs, the Career Snapshot Symposium and workshops, and many other opportunities to bring industry professionals to campus. Prior to Hofstra, Dean Roberts spent sixteen years at Viacom Media Networks, working in television and radio programming and production for the MTV, VH1, and CMT brands. She held a variety of roles, including Vice President of MTV Music Group Radio and Director of Program Enterprises for MTV and VH1. After Viacom, she worked in programming, and affiliate sales marketing for multiple media platforms at Westwood One. Dean Roberts is a proud alumna of Hofstra University, with a BA in Television Production, and she is currently pursuing her MA in Public Relations at the Herbert School.

David Henne served in the marketing and communications office of St. Joseph’s College of Long Island and Brooklyn from 2011 to 2018, where he produced copy as a senior writer before moving to the position of web editor and finally multimedia copywriter. He also held the position of copywriter at Zimmerman/Edelson Inc. in Great Neck. He has extensive experience as a writer, photographer, videographer and social media strategist. In his role at the Lawrence Herbert School of Communication, David produces content for LHSC's social media channels and the  HerbertSchool360 website — focusing on student and alumni success stories, on- and off-campus events, faculty achievements and more. He oversees the Herbert School’s Student Media Council, which serves to foster collaboration among the school’s many student organizations, across disciplines and departments, and with the Dean’s Office.  David also assists with updating the Herbert School’s website and maintaining regular digital communication from the School to current and prospective students, alumni and other audiences.  David holds a BA in English Language and Literature from SUNY New Paltz and an MA in Writing from the University of Warwick in Coventry, England.

Robyn Crosby handles a wide range of operational matters and offers administrative support essential to the smooth functioning of the Lawrence Herbert School of Communication. She works directly with the Dean and is liaison to many units on campus. In addition, Robyn oversees the School’s operational budgets, monitors faculty load and compensation, guides deadlines and procedural workflow for all personnel actions, and works on special projects. Robyn serves as co-chair of the Herbert School’s Diversity and Inclusion Committee, of which she has been a member since its inception in 2016.

Prior to coming to Hofstra in 2015, Robyn served as office manager and legal assistant at a top ranked securities defense law firm in Manhattan and preceding that worked as a paralegal for a firm specializing in aviation defense.

Robyn is a proud alumna of Hofstra University (’00), with a BA in History, and received her Paralegal Certificate from Hofstra in 2001.

The Dean's Advisory Board consists of Herbert School alumni and friends. They are responsible for advising administrators and providing input concerning educational programs, events, student opportunities, facilities and operations. The Dean's Advisory Board is essentially responsible for ensuring that the school continues to flourish in the rapidly changing world of communications and media convergence. The Advisory Board is also a networking tool for students seeking internships and job opportunities upon graduation. Each board member brings something unique to the school and we are proud to introduce each one of them to you.