The State of H.O.P.E. (Healthcare Opportunities and Policy Exchange)

About Our Signature Event Series

In April 2019 Hon. Kemp Hannon joined Hofstra University's School of Health Professions and Human Services (HPHS) as our Health Policy Fellow. Since joining HPHS, Hon. Hannon has worked to develop what has become the signature event series for our school. Titled The State of H.O.P.E. (Healthcare Opportunities and Policy Exchange), it is the manifestation of the vision of Hon. Hannon to bring a public forum, or exchange of ideas, on important topics in healthcare to the greater Long Island region. With a strong emphasis on the connection between the sectors of academia, healthcare, and policy this event series strives to incorporate the perspectives of industry leaders and innovators. 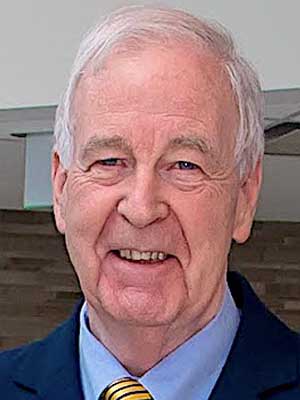 The Emergence and Growth of Virtual Care
(Wednesday, February 24th 4pm-5:30pm)
List of speakers from this event

Will There Be, and Should There Be, A Change in Healthcare Post the COVID-19 Pandemic?
(Wednesday, December 9th 4pm-5:30pm)
List of speakers from this event

The Health of Our Nation
(Wednesday, October 21st 4pm-5:30pm)
List of speakers from this event

COVID-19 and Implications for Patient and Client Care
(Wednesday, July 22nd 4pm-5:30pm)
List of speakers from this event

Closing the Gap on Health Emergencies: Responses to COVID-19
(Wednesday, April 15th 5pm-7pm)
List of speakers from this event

Aging in America
(Friday, February 7th 9am-11am)
List of speakers from this event

On Examining the Social Determinants of Health
(Friday, October 18th, 2019 - 9am-11am)
List of speakers from this event

Additional initiatives included Rape Victims Bill of Rights (and funding comprehensive testing of rape kits), Hannon has been the leader for key laws on whooping cough vaccinations and a mandate to require patients be offered Hepatitis C testing. Senator Hannon was a leader and prime sponsor of the landmark “I-STOP” law to curb opioid prescription drug use and to monitor controlled substance dispensing activity and patterns. He oversaw the law on electronic prescribing of medications.

Hannon graduated from Chaminade High School (1963), Boston College (1967) and Fordham University School of Law (1970). He was Special Counsel to the law firm Farrell Fritz, P.C., ending the association on January 31, 2017. Hannon resides in Garden City, New York with his wife Bronwyn. They have twin daughters, Alexandra and Madeleine.

Hannon served in the New York State Assembly from 1977 to 1989. In 1989, he was elected to the New York State Senate to fill the vacancy caused by the resignation of John R. Dunne, due to Dunne’s appointment as an Assistant Attorney General in the US Justice Department. Hannon represented the 6th State Senate District, which spanned the central part of Nassau County, with Franklin Square on the west and Farmingdale on the east.

On November 6, 2018, after having served 29 years in the New York State Senate, Hannon was unexpectedly defeated in his re-election bid by Democratic challenger Kevin Thomas.

Speakers from: Reflections and Implications for Public Health

Speakers from: On Examining the Social Determinants of Health

Speakers from: Aging in America

Speakers from: Closing the Gap on Health Emergencies: Responses to COVID-19

Speakers from: Re-Opening New York and the Region: COVID-19 Testing and Contact Tracing

Speakers from: COVID-19 and Implications for Patient and Client Care

Speakers from: The Health of Our Nation

Speakers from: Will There Be, and Should There Be, A Change in Healthcare Post the COVID-19 Pandemic?

Speakers from: The Emergence and Growth of Virtual Care