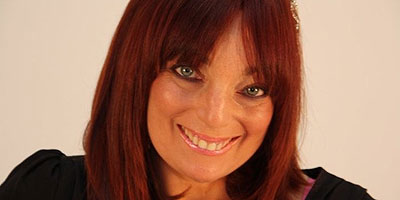 As director of entertainment promotions at Hearst Magazines in New York City, Lauren Ruotolo ’00 is responsible for developing strategic partnerships with television and cable networks, as well as music labels and movie studios. Lauren’s success has been hard-won. Born with a rare genetic disorder known as McCune-Albright Syndrome, Lauren stands 4 feet 2 inches tall.  Throughout her life, Lauren has met this challenge with determination, faith, bravery, and love from her family and friends.

Lauren grabbed life by the horns and used her intelligence, sense of humor, and engaging personality to drive her to succeed. She recently helped produce E! Entertainment Television's Style Network show Running in Heels, which focuses on the inner workings of Marie Claire fashion magazine. She is currently working on three one-hour specials with Scripps Networks for Esquire, The Food Network, and Good Housekeeping magazine.  Lauren joined Hearst Magazines from TV Guide Magazine, where she was director of consumer marketing and promotions. Lauren is also credited with creating the first American newsstand promotion with a CD on the cover featuring the iconic Elvis Presley.

Lauren’s first-person essay "Get Shorty" shared her philosophies about living with McCune-Albright Syndrome. The essay was published in Marie Claire magazine in 2009, and became one of the most responded to articles in Marie Claire’s history. Lauren recently published her first book titled Unstoppable in Stilettos — A Girl’s Guide to Living Tall in a Small World. In this book she discusses her struggles and achievements growing up as a disabled person. Lauren also offers the reader pieces of advice, known as “Lauren’s Lessons,” which focus on concepts such as achieving everything you want, even when life gives you lemons. Lauren has spent the last 34 years of her life viewing the world from a unique angle — facing upward. Lauren’s perspective of the world can be compared to her outlook on life, that every day is an opportunity to achieve excellence and that a positive perspective can lead to greatness. It is this mentality that has enabled Lauren to overcome obstacles and thrive. Lauren has avoided the label of “disabled” through uniquely discovering who she really is, and using her natural talents to succeed in the entertainment industry. Lauren epitomizes determination and commitment and serves as a role model for her peers, as well as for current Hofstra students.

Lauren has been interviewed on many nationally syndicated television shows The Nate Berkus Show and The Wendy Williams Show. She has been interviewed on many local news broadcasts to promote her message of empowerment.  Lauren is currently on the advisory board of Glamour Gals and Love Our Children USA, and is an active member of the New York chapter of Women in Communications, as well as Step Up for Women. She currently lives in New York City with her boyfriend Nelson. You can visit Lauren on Facebook or follow her on Twitter (laurenjaenyc).