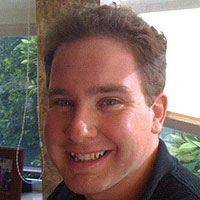 Daniel Spahr '02 was born to be around people.  By spending much of his adult life learning about the practices and cultures of both domestic and foreign people, he was inspired to pen his first memoir…

In April 2010 his memoir, The Montepulciano Mob, was published.  The book details Dan's first time being away from his family as he studied abroad in Italy for five weeks and learned about himself, his peers, and the world away from his home on Long Island. What he learned changed his life forever – as he became who he was supposed to be and fell in love. Along the way, he made connections with his peers for the first time.

In Dan's four years at Hofstra, he blossomed into an active member of the community – going to classes, running a club, and studying abroad each summer. He began to work as a part-time teacher, while also pursuing a Master of Arts in school counseling.  Upon completing the M.A., he worked in the Bay Area of San Francisco for several years as a high school counselor.     He followed that up with a position as a day counselor and job coach for five mentally disabled adults. While doing all this, he volunteered his time to and financially supported Under One Roof, which raises money for HIV/AIDS charities in San Francisco.

Proceeds from Dan's memoir will benefit a study abroad scholarship at Hofstra that he has established. Dan has traveled around the United States, the Caribbean islands and London, and recently returned to live in New York City.  He is hard at work on his second book and is planning his next journey abroad to Egypt in summer 2011.