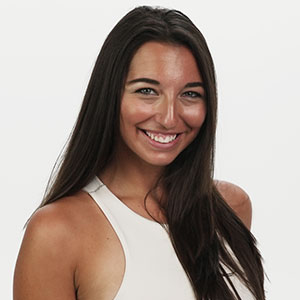 Sarah Holzberg graduated from Hofstra University’s Frank G. Zarb School of Business in 2015 with a Bachelor of Business Administration in Marketing. Sarah was a transfer student, as she received an opportunity to work full-time for the New York Islanders. Sarah was a dedicated Hofstra student and was always involved with events on campus while also being part of the New York Islanders public relations team and MSG broadcast team during her junior and senior year.

Upon graduation, Sarah continued to work in sports with MSG Networks and was the host of Droppin’ the Gloves with Sarah and Jackie. During this time, she also became the marketing manager for Mayer CPAs, which later became Prager Metis CPAs. After three years in accounting marketing, Sarah ventured into the world of headhunting. From there, she went into internal recruitment and office culture in the fashion industry, and then the digital marketing world with a focus on e-commerce. She is now in talent acquisition at Mediabrands.

Through her professional experience and being a freelance stylist, Sarah is also the CEO and co-founder of QuikFit, the first customized styling and shopping app powered through artificial intelligence and augmented reality technology. 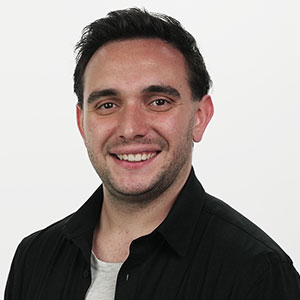 Christian graduated from Hofstra University in 2016 with a Bachelor of Science in Electrical Engineering, with additional coursework in media technology, filmmaking, and music. He co-founded and produced WRHU’s first major entertainment show, The Screening Room, in 2013 (which is still on the air eight years later). It went on to be the first film radio talk show in the tristate area and won several awards.

Christian now resides in New York City. He has created and is on the boards of several companies, two digital agencies, a content production company, and his newest venture as CTO of QuikFit, a revolutionary fashion technology app. At the same time, Christian remains involved in the media and film industry and invests in the art of storytelling and creating new and innovative projects. He received a top 100 marketing leader award for 2021 from MARsum for his contributions to the marketing and advertising industry.