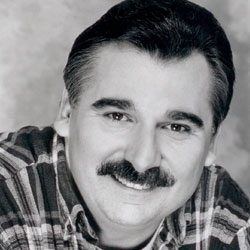 Tom Karlya (B.A. ’81) has been active in diabetes charities and causes since his daughter Kaitlyn was diagnosed in 1992 at the age of two.  His son Rob was also diagnosed in March of 2009, at the age of 13. Tom has lectured across the country and chaired many panels about being “Diabetes Dad,” his pen name used virtually everywhere. Over the years he has been featured or quoted in numerous newspapers, such as Newsday, USA Today, and The Los Angeles Times, to name a few. Tom has also been published in periodicals, such as Time and Parents Guide Weekly.

As a diabetes advocate, Tom has been introduced to the New York State legislature, has testified in Washington, D.C., and appeared at diabetes-related events at the United Nations.  He also has served as a panelist or keynote speaker at numerous events.

He has written and/or produced public service announcements for diabetes causes featuring celebrities such as Ray Romano, Sugar Ray Leonard, Doris Roberts, Nicole Johnson [Miss America (1999) and co-host of dLifeTV], Sandra Oh, Patti LaBelle, Peter Boyle, Bret Michaels, and Jim Turner. Tom was awarded the prestigious Jeff Hitchcock Distinguish Service Award from Children with Diabetes, Inc. in 2008, “Man of the Year” by the Long Island Advertising Club, and Diabetes Advocate of the Year by the American Association of Diabetes Educators. As producer of dLifeTV he was nominated for an Emmy Award, and 13 Telly (former Cable Ace) Awards, four nominations and a win for The Best in Medical Media. He also received numerous commendations, including a congratulations from the president of the United States for his work during the Hurricane Katrina aftermath where he was instrumental in organizing relief efforts for more than 10,000 people with diabetes. He was also the recipient of a George M. Estabrook Distinguished Service Award from Hofstra University for his work in diabetes and television.

As an actor for 12 years, he starred in a New York City production of Tony n’ Tina's Wedding (working with the original New York Company) and also Summer of the 17th Doll (at The Kennedy Center for the Performing Arts in Washington, D.C.), and his film lbs., was which screened at the prestigious Sundance Film Festival. Tom also has appeared in Unsolved Mysteries, Spin City, The Cosby Show, NYPD Blue, Law and Order, America's Most Wanted, Entertainment Tonight, Access Hollywood, and other shows as well as numerous commercials.

Tom is currently vice president of the Diabetes Research Institute Foundation in Florida.  He resides on Long Island.