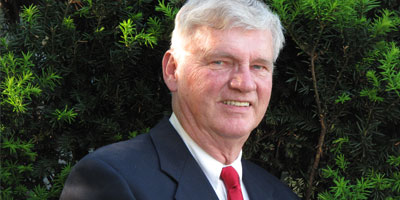 Before that, he already had been a U.S. Air Force photographer, a parking lot attendant, a hot walker, a bouncer, a special education teacher and a transportation dispatcher.

Along the way, Robert has garnered a few awards for his efforts, including a group Grammy nomination, two Nassau County Re-Grant awards, 55 juried photography citations, a Pall Corporation Award for artistic achievement, a lifetime pass to the National Baseball Hall of Fame, and letters of appreciation from the Town of Hempstead, the African-American Museum and the Office of the Nassau County Executive.

Robert has had a longstanding relationship with Hofstra University. In the 1990s, he started a continuous photo exhibit in the Hofstra University School of Law atrium that lasted for 10 years.  In 1995 he was invited to be on Hofstra’s Babe Ruth Conference Committee. This was followed by reading his poetry at the Moby-Dick Conference, and presenting his own paper at the Millennial Shakespeare Conference in 1999. At the Frank Sinatra Conference, Robert was selected to read the last poem on Sinatra in the poetry section. Robert has donated photographs to the Hofstra University School of Law and the Hofstra Bird Sanctuary Web sites. When Robert completed an 18-month odyssey of photographing every place of worship in Nassau County, it was Hofstra’s Long Island Studies Institute that acquired this collection, which was on display at the Axinn Library in 2004. A year later, Robert supplied photographs once again for the Hofstra University Museum’s From the Market to the Mall exhibit.

In fall 2005 Robert was asked by Hofstra’s Assistant Dean for Special Collections Geri E. Solomon to photograph every September 11 memorial site in Nassau and Suffolk Counties. This photo ensemble was presented at the Hofstra University Museum as part of its Voiceless in the Presence of Realities in 2006. This has been an ongoing project for Robert and, so far, 161 sites have been located and photographed, and the images have been secured by Hofstra’s Long Island Studies Institute.

Robert has also written a play titled Confessions of a Shakespeare Addict, in which Hofstra alumnus and Hofstra Entertainment Executive Producer Bob Spiotto has played the role of Henry Clay Folger on a recurring basis since 2008. One of Robert’s fondest memories of Hofstra University was when he was awarded the Hofstra George M. Estabrook Distinguished Service Award. After receiving this esteemed honor, Robert became president-elect, and then president, of this longtime Hofstra alumni group. In 2010 Robert had photographs accepted by the Huntington Arts Council and the Long Island Arts Council in Freeport, and his photo-tiles exhibit will be on display at the East Meadow, Wantagh, Jericho and Merrick public libraries.