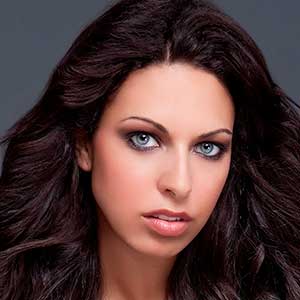 MMG's talent can also be seen on television shows such as Glee, Gossip Girl, 90210, The Carrie Diaries, Collar, The New Girl, Orange Is the New Black, How I Met Your Mother, Power, Law & Order, Shameless, Person of Interest, The Big C, Elementary, Royal Pains, The Following, Blue Bloods, Celebrity Big Brother, Days of our Lives, and One Life to Live; Movies include The Wolf of Wall Street, The Hunger Games, Blue Valentine, Men in Black III, Get Him to the Greek, Pirates of the Caribbean, The Other Woman, Something Blue, Arbitrage, The Sitter, Sex and the City, Confessions of a Shopaholic, Hellraiser, and Disney's Sixteen Wishes. MMG has secured celebrity endorsement and appearance deals for major brands and products for up-and-coming and celebrity talent. In addition, in pursuit of the world's most marketable talent, MMG has created a partnership with several state directors for the Miss USA Organization by providing exclusive representation to the winners of the Miss USA and Miss Teen USA pageants in 15 states.

Prior to joining the MMG team, Skall developed a deep passion for the industry, which fueled her drive to pursue a career in entertainment. She began her formal acting training at 10 years old in New York and continued training and performing throughout high school and college. Skall attended a talent search competition where she was discovered by MMG, and since then, she has appeared in several television shows and movies, including Law & Order: Criminal Intent; Disney's Enchanted with Amy Adams, Patrick Dempsey, and Susan Sarandon, and Music and Lyrics with Hugh Grant and Drew Barrymore. After earning a bachelor’s degree nearly a decade ago, Skall joined the MMG team as a full-time talent manager, where she works hands on to start and/or enhance the careers of hundreds of emerging and celebrity talent in both the New York and Los Angeles markets, as well as bi-coastal and international talent.