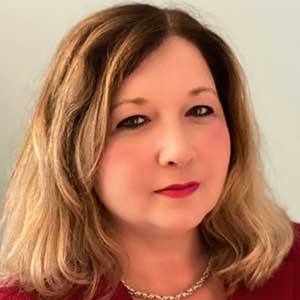 Wendy D. Darwell is president and CEO of the Suburban Hospital Alliance of New York State and its two regional entities, the Nassau-Suffolk Hospital Council and Northern Metropolitan Hospital Association.

The Suburban Hospital Alliance represent the interests of more than 50 public and not-for-profit hospitals on Long Island and in the Hudson Valley. In this role, she advocates for hospitals' interests before the state and federal governments, provides expertise on a broad range of health policy issues, and oversees membership and education services. She also directs grant programs that assist uninsured consumers in enrolling in health insurance, provide regional coordination of population health activities, and organize emergency preparedness efforts.

Prior to joining the Nassau-Suffolk Hospital Council in 2007, Ms. Darwell served for seven years as chief of staff to U.S. Representative Maurice Hinchey, who represented portions of New York's Hudson Valley, Southern Tier, and Finger Lakes regions. In that capacity, she directed the congressman's legislative, media, and political operations. From 1994 to 2000, she served in several legislative and communications positions on Congressman Hinchey's staff, specializing in healthcare, appropriations, and community development policy.

Ms. Darwell is a member of the American College of Healthcare Executives and the Healthcare Financial Management Association. She also sits on advisory committees for the LIU Post School of Health Professions and Nursing and the Stony Brook University Master of Health Administration Program. Previously she served on the advisory committee for the Zarb School of Business at Hofstra University. In 2011, she was appointed to Governor Cuomo's Medicaid Redesign Team workgroup on Program Streamlining and State/Local Responsibilities, which focused on reforming the state's Medicaid enrollment and eligibility processes and bringing the system into compliance with federal regulations.

Ms. Darwell earned a Master of Business Administration with a concentration in health services management from the Zarb School of Business at Hofstra University and a Bachelor of Arts in Political Science from American University.