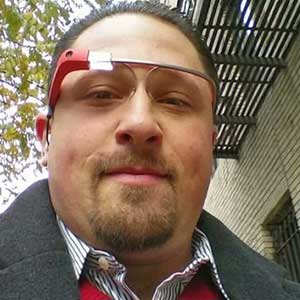 Noah Seidman graduated from Hofstra University in 2007 with a BS in engineering. Kicking off his career at Roundarch Inc., a professional contracting agency offering services to countless household brands, Noah developed a great foundation of skills to pursue his future roles. After Roundarch, Noah moved on to Paltalk Corporation, a social network company dating back to the late 1990s. During his time at Paltalk, he gained exposure to the grassroots of social networking; the company currently caters to a very large international user base.

Moving forward, Noah took on a different approach to employment, as he targeted big brands, starting with American Express. His experience at American Express was Noah’s first time in a large, bureaucracy-driven environment. Complete with security requirements, working for American Express was an invaluable experience for Noah, requiring knowledge growth in countless areas. During his time with the company, he built a large portion of the American Express Serve Android application, a prepaid, reloadable debit card with interesting features. He enjoyed his time on this project, and the unique ways an Android application has to be built in order to process credit cards, debit cards, checks, and many other financial products. After American Express, Noah joined the Huff Post team, where he was exposed to an array of AOL brands and worked diligently to achieve brand goals.

In 2017, Noah and his family made the decision to move from New York to Orlando, Florida, so he could pursue the opportunity to work for Universal Studios, Orlando, a place that occupies many of his childhood memories. As such a pervasive brand in the minds of so many people around the world, the Universal Studios Android application offered Noah a leading role in the development of an entirely new feature of the product, which was one of the business’s biggest initiatives. Looking to the future, Noah plans to remain in the sunshine state!