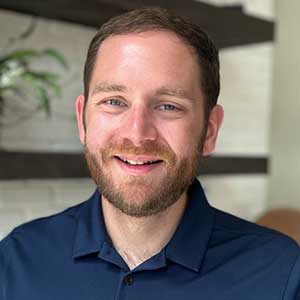 Kevin Rafuse is a radio news anchor and sports reporter with over 10 years of professional broadcast experience. He can be heard on Way Down By Orlando (WDBO) 107.3 FM/580 AM in Orlando, Florida, covering national and local news across Central Florida.

In 2020, Kevin was named the Best News Anchor in Florida by The Associated Press. He has also filed reports nationally for Fox News Radio and ABC News. Previously, Kevin anchored “Jacksonville’s Morning News” on News 104.5 WOKV in Jacksonville, Florida, covering a variety of stories across Northeast Florida. While in Jacksonville, he also worked for the Jacksonville Jaguars radio network, helping host the pregame broadcast heard across the country. Kevin worked in the past at SiriusXM NFL Radio and 102.3 WBAB on Long Island.

While at Hofstra, Kevin spent two and a half years working at WRHU-88.7 FM, Radio Hofstra University. While at WRHU, Kevin hosted a variety of programs, including “Newsline” and “Hofstra’s Morning Wake-Up Call,” as well as helping voice imaging for New York Islanders radio broadcasts. He graduated in 2013 with a BA in Audio/Radio Production and a BA in History.

In 2014, Kevin co-founded “The Drive & Dish NBA Podcast,” a podcast that he still hosts, and has spent nine seasons covering the National Basketball Association (NBA). The podcast has reached over 100,000 unique listeners and has hosted live broadcasts from the Orlando and Las Vegas NBA Summer League.

Kevin currently lives in Orlando, Florida, with his girlfriend Amber (Hofstra ’12) and can be found cheering on Hofstra Basketball any chance he gets.