Lukasz Bator is a senior getting his BS in Computer Science with an option in Entrepreneurship. For his senior design project, Lukasz has developed a 3D game engine using Microsoft XNA. The game is inspired by Minecraft. It can generate an infinite amount of terrain in real-time, shaped in different ways, modified by digging or adding terrain. Software development was very challenging due to the  large amount of data that had to be processed quickly by the CPU and GPU. Lukasz had to use special algorithms, multi-threading, caching data, and other techniques to make his game work fast.
Cynthia Cheng '14 has always been a problem-solver. At Hofstra's School of Engineering and Applied Science, she developed her skills in a program that emphasized high-tech research, practical experience, and interdisciplinary study, and encouraged collaboration between faculty and students. For Cynthia, the opportunity to challenge herself in different ways - academically, athletically, and through hands-on experience – has paid off.  She spent the summer before her senior year as an intern at NBC Universal in Los Angeles, and accepted a job offer from GEICO at their offices in Maryland after graduation. She is part of a three-year rotational program that will allow her to develop technology skills in different areas of the company.
Stephen Cohen is a dual degree (BS/MS in Computer Science) student at Hofstra. His major interest lies in software engineering and computer graphics. He is currently working with faculty on cutting-edge research projects in 3D modeling and web-based text mining of computing ontology.
Jacqueline Hsu ’16 had a dual major in Psychology and Computer Science. She was the president and founder of Hofstra’s Computer Science Society. Early in the spring 2016 semester, she and a team of classmates participated in the CPXi Venture Challenge, an entrepreneurial competition, to present “Park-Mi,” a service provider that would optimize available parking areas on campus. Most recently, she and other computer science and engineering student groups built a replica of the little round robot BB-8 from Star Wars: The Force Awakens, which they debuted at Spring Music Fest.
Michael Moskie ‘15 was a senior at Hofstra majoring in Computer Science when he, and classmate Shashank Sanjay, won the first CPX Entrepreneurship Competition and received a $50,000 prize for developing a low-cost 3D printer that can create useful tools and small structures for immediate application, such as a screw for a door hinge.
Image 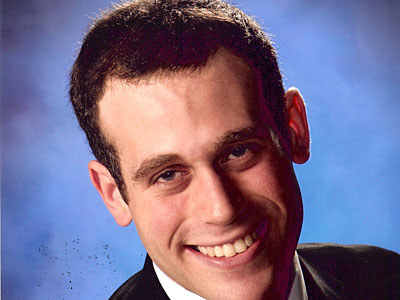 When Zack Honig ’12 was still a student, he founded the entrepreneurial group Hofstra Startups, which has allowed many students to explore new technologies and product ideas. He is founder and CEO of CPUProdigy LLC, a New York IT consulting company.... | more | 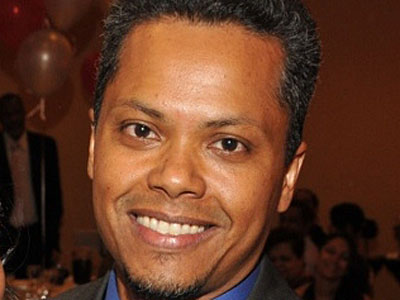 Dr. Steven Lindo ’89 ‘95, who earned both a BS and MS in Computer Science from Hofstra, currently works for Wolters Kluwer, a global information services and publishing company that provides products and services for professionals in the health, tax, accounting, corporate, financial services, legal and regulatory sectors... | more | 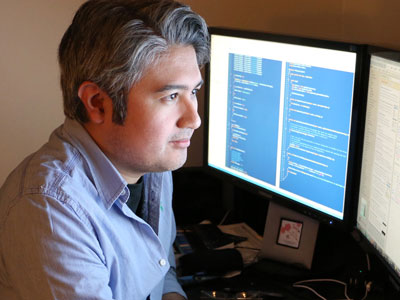 As a kid, Daniel Romero '03, senior web developer for Ogilvy & Mather, imagined himself working in art or music. But learning how technology can inspire creativity prompted him to rethink his academic path. Clients he has worked with include American Express, Costco, Jim Beam, Ford, Lowe's, Heineken, and FEMA ... | more | 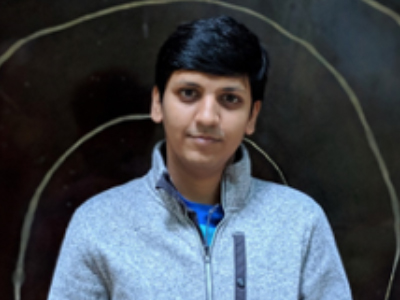 After receiving a bachelor's degree in Information and Communication Technology from Dhirubhai Ambani Institute of Information and Communication Technology (DA-IICT) in Gandhinagar, India in 2016, Dakshal Shah came to Hofstra and earned an MS in Computer Science in May 2018. Three months later, he landed a job as an engineer at Google developing software for YouTube... | more | 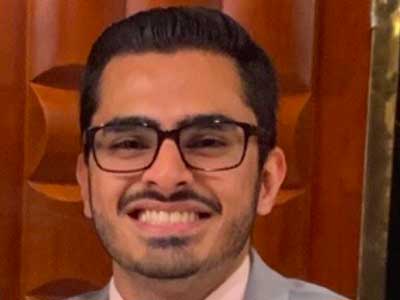