Anti-Fascism in the 21st Century

ANTI-FASCISM IN THE 21ST CENTURY

On October 28, 1922, armed fascists converged on Rome and paved the way for the establishment of a dictatorship led by Benito Mussolini, which would dominate Italy for the next 20 years. The March on Rome marked the birth of an Italian fascist regime and laid the foundation for the spread of fascist ideology around the world. From the beginning, Italian fascism generated resistance. As fascist ideology developed into a global phenomenon, so did anti-fascism. The initial phase of the conflict between fascist and anti-fascist forces climaxed in World War II with the defeat of Italian fascism, German Nazism, and Japanese militarism. Although defeated militarily in 1945, global fascism continued to find expression during the decades that followed.

As recent events have shown, fascist ideology and its attendant components — opposition to working-class movements, hypernationalism, anti-democracy, white supremacy, and xenophobia —
remain a threat to democratic institutions and practices worldwide. As in the past, the rise of fascism has been met with anti-fascist opposition.

To coincide with the centennial of the March on Rome, we will hold a two-day interdisciplinary conference, Anti-Fascism in the 21st Century. The purpose of this conference is not to retell stories of past anti-fascist movements, but to consider anti-fascism as a contemporary global movement with myriad forms and to explore the challenges of organizing against fascism for a new generation.

All sessions will be held in the Leo A. Guthart Cultural Center Theater,
Joan and Donald E. Axinn Library, First Floor, South Campus (unless otherwise noted).

Continental European Antifa: Why the 90s Matter (More than you might think)
Nils Schuhmacher, Universitat Hamburg

The John Brown Anti-Klan Committee and Lessons from the 1980s
Hilary Moore, Showing up for Racial Justice

How Serious is the Authoritarian Threat in the U.S., and
What Can We Do About It?
*Adolph Reed Jr., Professor Emeritus of Political Science
University of Pennsylvania

What Rhetoric Can Stop a Fascist?
Paul Lendway, Yale University

Neoliberalism and the Counter Resistance in the U.S.: Reflections on the Public/Private Distinction
Deborah L. Spencer, Emory & Henry College

Resistenze in Cirenaica and the Decolonization of Italian History
David Ward, Wellesley College

“One Stone, One Name, One Person”: Lessons from the
Stolpersteine Project in Italy
Paula M. Salvio, University of New Hampshire

Chair/Commentator: Donna Gaines, journalist, and author of Why the Ramones Matter

*Awarded the Joseph G. Astman Distinguished Conference Scholar, Hofstra University. The award was established in 1985 in recognition of the outstanding role of the late founder of the Hofstra Cultural Center. Dr. Astman was a humanist, a cultural comparatist, and an international scholar.

ABOUT THE KEYNOTE SPEAKERS 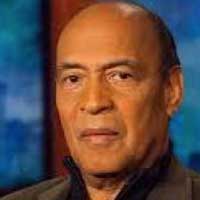 Adolph Reed Jr. is Professor Emeritus of Political Science at the University of Pennsylvania. He is the editor and author of several books on the relationship between class and racism. His writing and opinion pieces have appeared on academic and popular journals and magazines including The Progressive, The Village Voice, The New Republic, The Nation, Dissent, and nonsite.org, of which he is an editorial board member. Professor Reed served on the board of Public Citizen Inc., was a member of the Interim National Council of the Labor Party, and is currently on the boards of Food and Water Action and the Debs-Jones-Douglass Institute (DJDI), serving as a regular on its Class Matters podcast — https://classmatterspodcast.org. 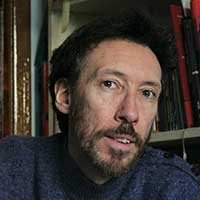 Eric Gobetti is an independent historian based in Turin, Italy. He studies the relationship between nationalism, identity, and politics of memory with a focus on Fascist Italy and Yugoslavia. He received PhDs from the University of Turin in 2004 and the University of San Marino in 2008. Mr. Gobetti is the author of several monographs. His recently published work, E allora le Foibe?, addresses the connection between history, politics, and anti-fascism in the 21st century. 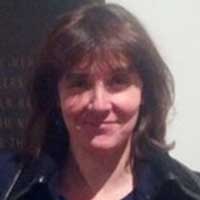 Mary Anne Trasciatti teaches and writes about women in the labor movement, public memory and commemoration, social protest, and public space. She is completing a biography of Elizabeth Gurley Flynn, focused on the radical labor organizer's free speech work. For the past decade, as President of Remember the Triangle Fire Coalition, Professor Trasciatti has been leading the project to build a memorial for the 146 workers, mostly Italian and Jewish immigrant women and girls, who died in the 1911 Triangle Shirtwaist Factory Fire in New York City. Scheduled for dedication in March 2023, the Triangle Fire Memorial will be New York City’s first labor memorial and one of only a small number of memorials in the city dedicated to women. 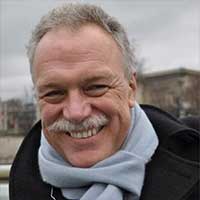 Fraser Ottanelli has authored and co-authored six books along with several articles and essays on labor and radical history in Italy and the United States, the relationship between migration and state formation, and oral history and memory. He is a professor of history at the University of South Florida, where he teaches History of the U.S. Left; U.S. Immigration and Ethnic History; and Imperialism, Revolution and Democracy.

Send inquiries to the conference organizers: