Great Writers, Great Readings was launched by Hofstra University in recognition of the importance of writing and literature in a liberal arts education. In addition to a baccalaureate degree in English and American Literature, creative writing, and publishing, Hofstra currently offers an MFA in Creative Writing. The MFA faculty currently includes director Miguel-Angel Zapata, authors Julia Markus, Kelly McMasters, and two Guggenheim Fellows: novelist Martha McPhee and poet Phillis Levin. Serving on the faculty of the new MFA in Creative Writing for Writers of Spanish are Professor Zapata and author Álvaro Enrigue.

Each Great Writers, Great Readings event brings a notable author to campus to meet with creative writing students for a short workshop and question/answer session. The author also conducts a reading and book signing that is open to the public. Sometimes the authors use this forum as an opportunity to introduce new, unpublished works.

Join the #HofstraGWGR Conversation on Social 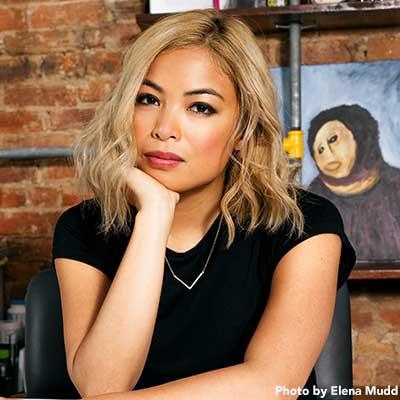 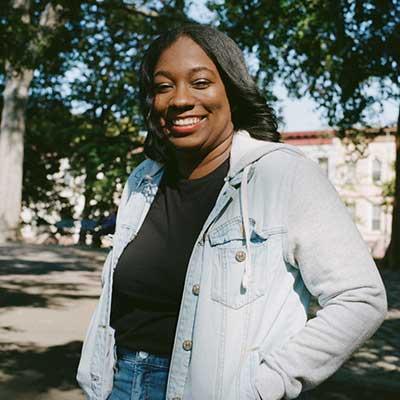 Jia Tolentino is a staff writer at the New Yorker and the author of the essay collection Trick Mirror.

Born and raised in Southern California, Brit Bennett graduated from Stanford University and later earned her MFA in fiction at the University of Michigan, where she won a Hopwood Award in Graduate Short Fiction. In 2014, she received the Hurston/Wright Award for College Writers. She is a National Book Foundation 5 Under 35 honoree, and her debut novel The Mothers was a New York Times bestseller. Her second novel The Vanishing Half (2020) was an instant #1 New York Times bestseller. It has been named a best book of 2020 by The New York Times, The Washington Post, NPR, People, TIME, Vanity Fair, and Glamour. Former President Barack Obama also named it one of his favorite books of the year. Bennett’s essays have been featured The New Yorker, the New York Times Magazine, The Paris Review, and Jezebel.

Major Jackson is the author of five books of poetry, most recently, The Absurd Man (Norton: 2020), winner of the New England Book Award. His edited volumes include: Best American Poetry 2019, Renga for Obama, and Library of America’s Countee Cullen: Collected Poems. A recipient of fellowships and honors from the Guggenheim Foundation, National Endowment for the Arts, Pew Fellowship in the Arts, and a Whiting Writers’ Award, he lives in Nashville, Tennessee, where he is the Gertrude Conaway Vanderbilt Professor of English at Vanderbilt University. He serves as the Poetry Editor of The Harvard Review.

Co-sponsored by the Department of English and MFA in Creative Writing Program, in collaboration with the Hofstra Cultural Center.