During the first year of my undergraduate career, my academic excellence led to being chosen as one of the 17 students who would become the NOAH Class of 2009. Being accepted into the program was certainly the most life-changing event I had experienced thus far.

That year my academic excellence also led to an invitation to join Hofstra’s Honors College, the University’s Provost Scholars, and Phi Eta Sigma, a national honors society. By my second semester at Hofstra, I had internalized one of the NOAH program’s mottos: “Each one, teach one,” and was motivated to establish an organization at Hofstra University named United Students for Educational Progress (USEP), along with one of my NOAH classmates, Mr. Ricardo Taylor.

During my second year, my responsibilities increased and led to a full-time position as a district administrator at Sears Holdings. At this time I was also working assiduously on an application to become a member of the Society for Research on Adolescence, specifically seeking to be granted acceptance into their 2012 Young Scholars Program. Indeed, a few months later, I was accepted as one of the program’s 20 young scholars. A short while after that my continued academic excellence and passionate involvement in the community led to an invitation to membership in the Golden Key International Honors Society, which I graciously accepted.

Other achievements included invitations into Phi Beta Kappa, the nation’s oldest and most prestigious honors society, and Psi Chi, the International Psychology Honors Society. I happily accepted both invitations. Over the next few months I began working on my honors thesis within the department of psychology, focusing on risk and resiliency factors among high-risk adolescents, and looked forward to exploring NOAH students as my sample.

I eventually interned at the Nassau County Youth Court and had the opportunity to explore the psychological reasoning behind juvenile delinquency. I also volunteered at the Bio Behavioral Institute as a research assistant. After my college graduation, I attended a PhD program in clinical-community psychology in the fall of 2013. 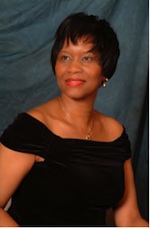 "I very much enjoy teaching students in the NOAH Scholars Program at Hofstra; I take great pleasure in observing them achieve and become professional, articulate, and productive citizens."

Ms. Bell's goal for her students is that they acquire a broad-based overview of mathematics and its application to fields such as the social sciences, business, health and education. Students are prepared for further courses in mathematics and advance with confidence and success.

Ms. Bell has recently retired from Hempstead Public Schools after 35 years of service. In addition to teaching mathematics to grades 7–12, she was a department chair (mathematics subject matter specialist) and proud to have taught one of her stellar teachers, a graduate of Hofstra's NOAH Scholars Program. 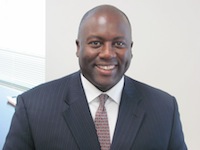 As executive director of DMWBD, Mr. Bennett is responsible for the development of the statewide MWBE procurement policy as requested by Article 15A of the executive law and reflective of the Governor's objectives. His division's key objectives are to encourage and assist New York State agencies engaged in contracting activities to award a fair share of state contracts to MWBEs; to review applications submitted by businesses seeking MWBE certification; to maintain a directory of certified MWBEs to promote the business development of MWBEs through training and technical assistance, outreach efforts to state agencies and MWBEs; and to facilitate administrative adjudication of disputes related to Article 15A.

Prior to joining ESD, Dean was the President/CEO of J.K. Bennett and Associates, Inc. (JKB), a New York-based management consulting firm that specializes in business development, supplier diversity management, government relations and securing procurement opportunities in the public and private sector.

Before establishing his firm, Mr. Bennett served as Vice President of Business Development and Supplier Diversity Initiatives at AVournou Construction Mgt Group (AVCMG) on Long Island. At AVCMG, he was responsible for generating business opportunities and responding to government RFP/RFQs as well as privately funded projects.

Mr. Bennett also served as Director of Equal Employment Opportunity and Deputy Director for the Office of Minority Affairs for Nassau County, where he was charged with overseeing MWBE outreach and compliance for over 40 different government agencies in Nassau County. As part of these responsibilities, Dean served as project manager of the first Disparity Study in the history of the county.

Mr. Bennett has a BBA in Business Management/Economics from Hofstra University as well as an MS in Human Resources from the Frank G. Zarb School of Business at Hofstra University. He currently serves on the board of trustees for East Woods School in Oyster Bay, and is a member of the Hofstra University Alumni Board and Career Opportunities for Accounting Professionals.

Mr. Bennett resides in Baldwin, New York, with his wife and two children. 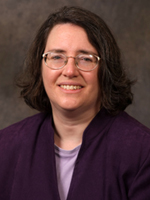 Lisa M. Dresner has worked on writing and composition with her brilliant NOAH scholars since the Fall of 2007, and she is delighted by the sparkling intellectual energy, hardworking attitude, and cooperative group spirit that this group of students consistently displays each year -- they make coming to work to teach them a joy! She also enjoys helping NOAH scholars achieve their academic and professional goals as they progress further in their academic and professional careers.

Dr. Dresner earned an A.B. in Classical Languages and Literatures with High Honors and Highest Distinction from the University of Michigan and a J.D. from the University of  Michigan Law School. She earned an M.A. and a Ph.D. in Comparative Literature from the University of California at Berkeley. She is the author of The Female Investigator in Literature, Film, and Popular Culture (McFarland, 2007), book chapters on James Bond and on1980s teen films,  and introductions to select gothic novels.  She currently teaches in the Department of Writing Studies and Composition and has been at Hofstra since the Fall of 2004, with a brief hiatus during the 2005-2006 school year.