Since opening in 2008, the Center for Public Archaeology (CfPA) at Hofstra University has actively collaborated with local organizations to design and execute archaeological projects on Long Island. Our research identifies sites once occupied by some of Long Island’s most historically marginalized groups, including free and enslaved African Americans, Native Americans, and the working class, to name a few. The objects and materials we recover from these sites provide an intimate look into the everyday lives these populations and others in ways that historical documents simply cannot, and therefore shed much-needed light onto their contributions to Long Island’s historical development.

As a campus center, the CfPA is dedicated to enhancing students’ learning experience at Hofstra University. Students involved with the CfPA gain meaningful experiences in anthropological archaeology, community involvement, and civic engagement. Many of these students become active citizens who use their education and skill to address contemporary social issues. At the very least, students learn to apply research in ways that mutually benefit academic and public communities.

The Center for Public Archaeology is dedicated to engaging and collaborating with Long Island's descendant, minority, and marginalized groups whose histories are at risk of being lost or erased. In addition to reconstructing local histories and advancing their visibility and meaning, the CfPA vows to address everyday issues like racism, segregation, gentrification, and poverty with rigorous and scholarly research. 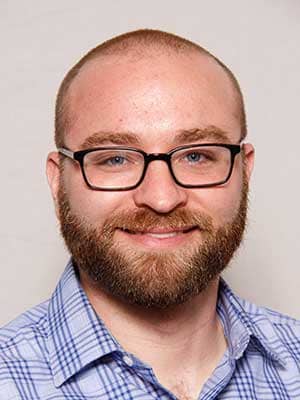 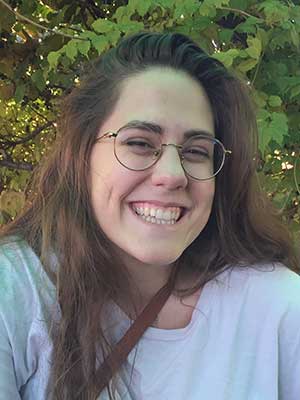 REGINA VOLPE
Regina is originally from a suburb of Scranton, Pennsylvania, and currently entering her junior year as Creative Writing major with a minor in Anthropology. Her interest in archaeology started at a young age when she became enamored with Hollywood's fictional depictions of archaeology, their quasi-hero protaganists, and the villians they confronted. Indiana Jones is still appealing, but her anthropology education at Hofstra has demystified the field and solidified her interest in learning more about past peoples and cultures. One of only a handful of recipients, Regina was selected as an Undergraduate Research Assistant by the Hofstra University Honors College to assist the CfPA with their new project in North Amityville, New York. She looks forward to opportunities of firsthand experience and community outreach the Center will provide. Once she graduates from Hofstra, Regina hopes to have a career that allows her to intertwine her love of archaeology and writing. 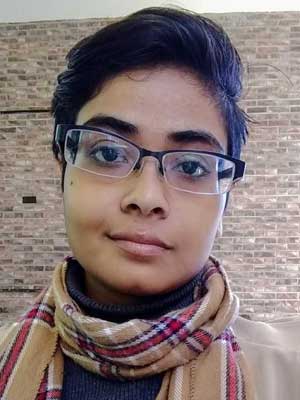 SARAH DREPAUL
Sarah Drepaul was born and raised an hour outside of Atlanta in the suburban city of Alpharetta, Georgia. Long Island has since become home while Sarah pursues a BA in Anthropology with a minor in Biology. Sarah had only heard anthropology mentioned in a handful of high school level social science classes before enrolling in a class on Human Evolution (ANTH 001) during her sophomore year at Hofstra. With a strong background in the life sciences, Sarah was immediately interested in the intertwined biological and social disciplines of recovering cultural histories from soil. Archaeology is important to Sarah not only for the sake of learning about the past, but because our findings can build a richer present for many different communities. Sarah is currently working with African-American descendant communities involved in the past African Burial Ground project to understand how the archaeological community can better work with the people represented in their work. Sarah is interested in working with First Nations communities and one day aspires to be a bioarchaeologist in the National Park Service. 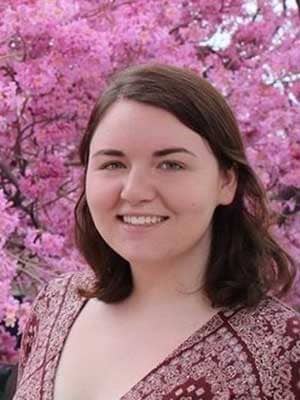 EIRYN SHEADES
Originally from Coventry, CT, Eiryn Sheades has been interested in the field of anthropology since first learning in middle school about the global breadth of diverse cultures. Eiryn is pursuing a degree in Anthropology with a concentration in Archaeology and minors in Biology and History. The CfPA provides Eiryn with the opportunity to expand her experiences in archaeology, including historical research and community engagement. She is currently working on the initial stages of a collaborative project based in North Amityville, which she hopes will materialize into intensive fieldwork in the summer of 2018. She is also the treasurer and secretary of Hofstra’s Anthropology Club, as well as a gallery assistant at the Hofstra University Museum. After graduation, she plans to join a graduate program and continue her education in anthropology and archaeology, eventually earn her PhD, and pursue her passion of bioarchaeology on sites across the globe. 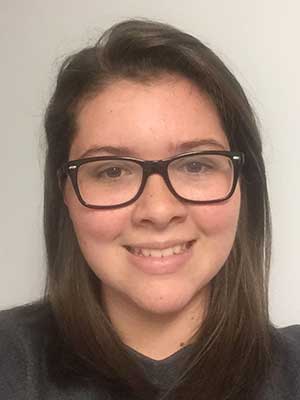 KAITLIN BREEN
Kaitlin Breen is pursuing a major in History and minors in Criminology and American Studies. Kaitlin first became interested in archaeology because of her love of museums. After taking a course in archaeology, she was drawn to the way in which archaeological research can be applied to present day communities. Having spent the past two years doing historical research, Kaitlin is excited to participate in community archaeology and study the past from a different perspective. She especially appreciates the value of community archaeology in that it helps lend a voice to the descendants of communities whose pasts have been overshadowed or hidden by the written historical record. In addition to her interests in history and archaeology, Kaitlin enjoys studying political science and looking at how the documentation, or lack thereof, of the past effects the political structure and general makeup of a community. Her main goal is to apply this experience to her future work in historical research and community engagement. 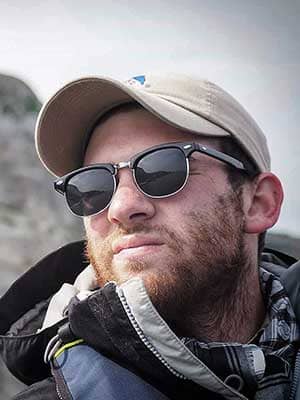 SCOTT FERRARA
Scott Ferrara joined the Hofstra community in the Spring of 2017 as a transfer student from the University of Rhode Island in Kingston. Following his passion, Scott is pursuing a degree in Anthropology with a concentration in Archaeology. His diverse fieldwork experience has helped prepare Scott for a long-term and successful career in anthropological archaeology. Working on both terrestrial and maritime sites, Scott helped excavate Post-Classic Mayan sites in Belize and Late-Roman shipwrecks in Northern Israel. His interest in anthropology and passion for archaeology emerged while serving in the United States Marine Corps Infantry during two deployments to Afghanistan in 2010 and 2012. Additionally, Scott is a recognized Eagle Scout, an American Academy of Underwater Sciences certified scientific diver, and a student member of the Explorers Club. Scott plans to use his experiences as a sitting member of the board for “Nobody Starves on Long Island” to advance the CfPA’s mission of community outreach and civic engagement. Scott has special interest in sociopolitical structures of Pre-Islamic societies of Central Asia but currently researching indigenous populations in the colonial Northeast U.S. 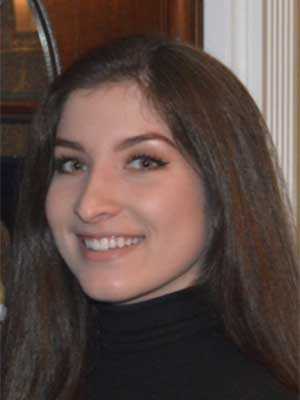 ERIKA HESS
Originally from Long Island, New York, Erika is currently in her senior year at Hofstra University pursuing a major in history and a minor in anthropology. Her interest in archaeology began as a child, when she saw firsthand archaeologists hard at work at one of the many historical sites her family visited on family vacations--she vividly recalls the painstaking process of excavating layer of soil after layer of soil. It is no surprise, then, that the Anthropology department, with its unique classes and opportunity to learn more about archaeology, appealed to Erika when she first entered Hofstra University. Erika's studies while at Hofstra enhanced her respect for anthropology and archaeology, and she especially appreciates what archaeologists do. She hopes to learn more about archaeology with the CfPA and is excited to start her experience working with local communities as well as material culture. 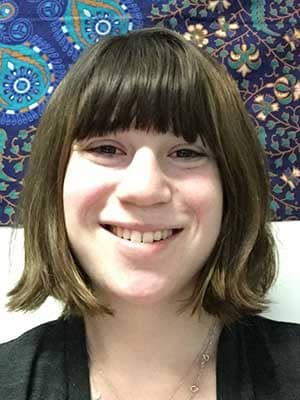 EMMA KERN
Originally from California, Emma Kern was completely enamored by the bright lights of New York, but she quickly recognized some familiar qualities that reminded her of home in San Francisco. Her fascination with the workings of the world, especially how the past affects the present, originally drew Emma to anthropology. Emma is pursuing a double major in History and Anthropology with a concentration in Archaeology. She also serves the University by working for the Dean of Students Office in her free time. Her passion for learning rivals her passion for Star Wars and Lucasfilm Studios. Emma’s expertise on Marvel Comics, particularly her robust knowledge of Captain America comic canon, secured her a long-term internship at Marvel Studios in New York City. After she graduates, Emma wants to pursue her avid interest in museums and work abroad reconstructing, managing, and curating artifact collections. Most of all, she is excited to gain substantive, hands-on experience in archaeology at CfPA at Hofstra. 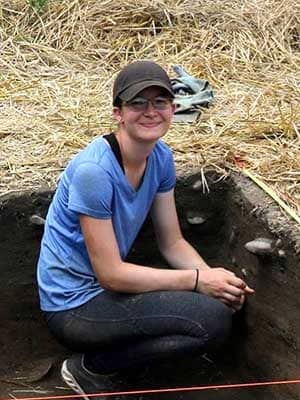 ERICA LANG
Erica Lang is from Deposit, New York, and is currently a senior at Hofstra University. She is busy pursuing three majors--Anthropology with a concentration in Archaeology, Sociology, and Women’s Studies--along with a minor in Civic Engagement. Erica has taken Anthropology and Archaeology courses that have fostered her interest in the field, and provided her a great degree of knowledge on human cultures and societies. She is particularly interested in connecting the past with the present to explore contemporary issues of race, gender, class, colonialism, and a myriad of other social issues. She also has previous archaeological experience excavating a former Revolutionary War era Native American village in Pennsylvania. The courses and field experience Erica has gained while attending Hofstra have led to her desire to continue pursuing archaeology. After she graduates from Hofstra, she ultimately intends to get her PhD, and have an academic career that combines her interests in archaeology and social issues.