Accredited by the Engineering Accreditation Commission of ABET, http://www.abet.org.

Dream of helping people live longer, better lives through engineering? The growing field of bioengineering lets you apply engineering concepts to challenges that directly affect our health and well-being.

Bioengineering is designed to bridge the gap between the life sciences and physical sciences by applying engineering concepts, methods, and techniques to biology and medicine. An understanding of fundamental physiological processes using engineering methodology requires a broad background in basic engineering, sciences, and mathematics.

Biomedical engineers may design instruments, devices, and software; bring together knowledge from many technical sources to develop new procedures; or conduct research needed to solve clinical problems. In industry, they may create products that require an in-depth understanding of living systems and technology. They frequently work in research and development or in quality assurance.

Bachelor of Science in Bioengineering students concentrate in one of three areas: Biomechanics, Bioelectricity, or Pre-Med. You'll first build a foundation in universal engineering theories, mathematics, and the physical and life sciences, before moving on to courses in your area of interest:

Engage in lively, challenging discussions and learn from faculty mentors who are scholars in fields such as tissue engineering, regenerative medicine, nanotechnology, and more.

An advisory board of working professionals also share their expertise and guidance with students, while the Executive Speaker Series features top industry leaders discussing a broad range of timely engineering topics. 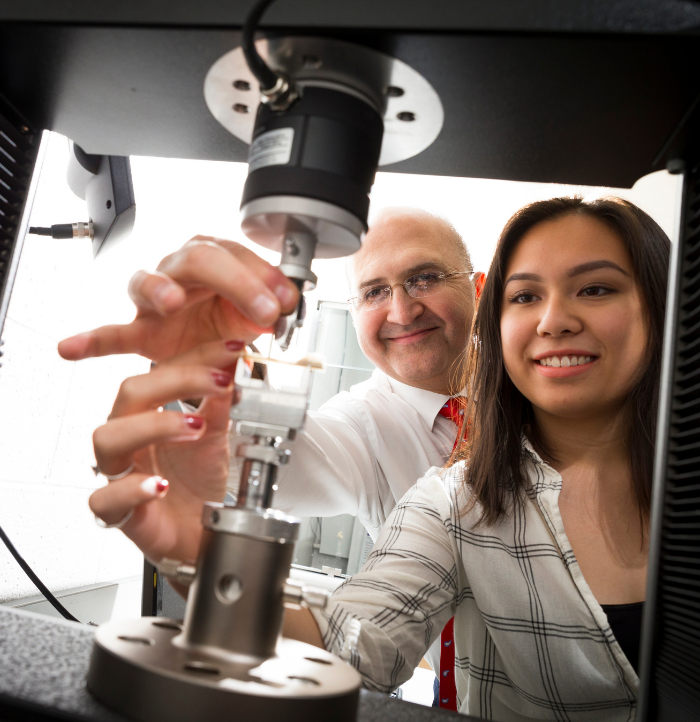 Students have interned at:

Earn while you learn:

Demand is growing for biomedical engineers. With our comprehensive program, you’ll be ready to pursue either a career right after graduation or advanced study.

Job, grad school, or both

Learn more about your career potential

In May 2018, the median annual wages for biomedical engineers in the top industries in which they worked were as follows:

Recent alumni work at companies such as:

Those pursuing graduate degrees study at:

State of the Art Learning Spaces

Take advantage of an extraordinary array of sophisticated laboratory facilities, including the Cell and Tissue Engineering Lab, the Ultrasound Research Lab, and 16 other engineering and computer science laboratories. 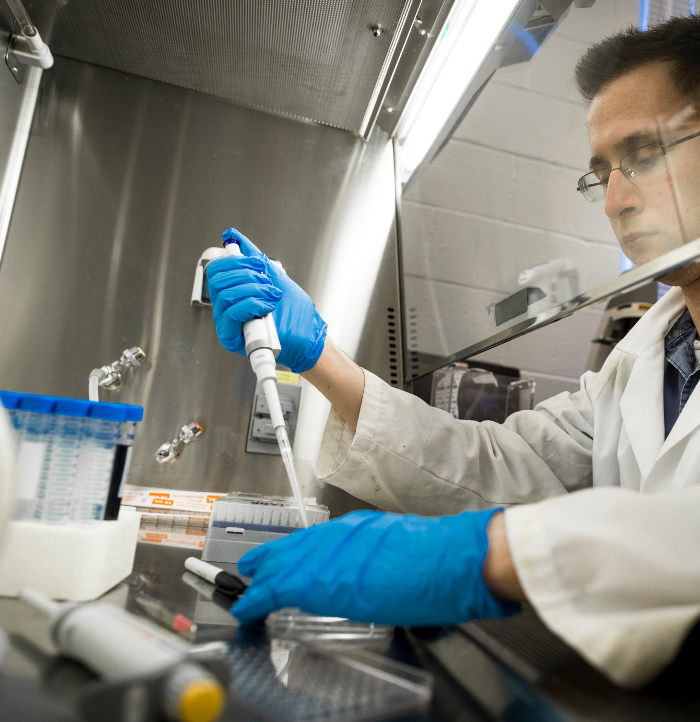 Questions about the program?