Philosophy is the major of presidents, prime ministers, and even a pope. Students who have majored in philosophy have served as Supreme Court justices and cabinet secretaries. They are entrepreneurs and CEOs, Pulitzer Prize-winning authors and Academy Award-winning actors and directors.

Philosophy is the study of wisdom, and it addresses problems and questions that affect all aspects of human existence: the fundamental nature of truth, the meaning of law and justice, the foundation of ethics and morality, the processes of science, the role of the state and religion, the value of art, and the origin of knowledge.

Philosophy majors score better than most other majors on the admission exams for graduate school (GRE), business school (GMAT), law school (LSAT), and medical school (MCAT), and their earning power consistently ranks near the top among humanities majors. 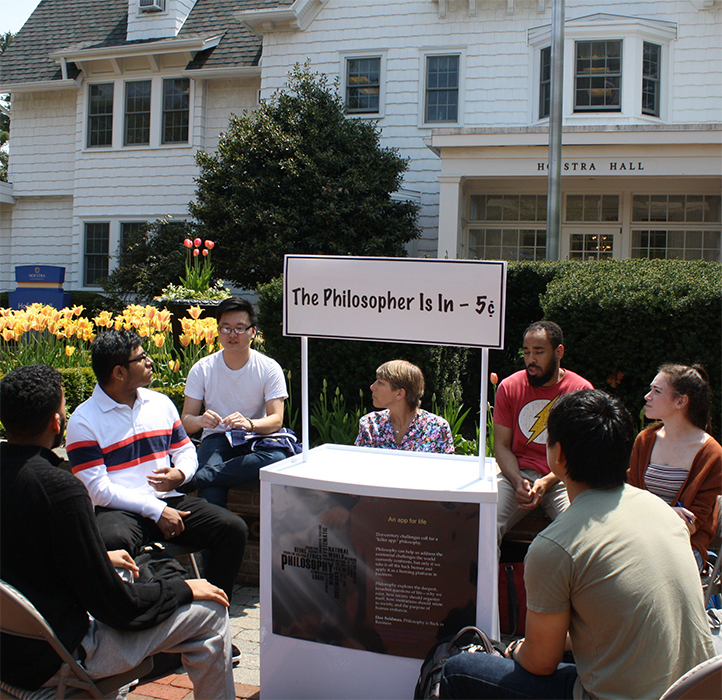 Why are philosophers so successful?

Philosophy gives you training in life-long skills that do not become outdated. They give you the ethical and conceptual foundations for many areas of life and are applicable to many professions.

Consider a major in Philosophy because ...

Hofstra offers two types of Philosophy degrees. In addition, many of our students pick up a double major in another subject area related to their future plans. Through courses in ancient, modern, and contemporary philosophy, you will become a creative problem solver who can make sense of complex information in a modern world.

In addition to our majors, we offer a Philosophy minor as well as minors in Ethics; Philosophy of Law; Philosophy, Society and Business; Cognitive Science; and an interdisciplinary minor in Data Analysis and Scientific Reasoning.

The BA in Philosophy is a broad-based liberal arts degree that is good preparation for a wide range of careers including law, journalism, business, medicine, cognitive science, neuroscience, medicine, and computer science. Students pursuing this degree can pick up a minor or concentration that focuses on law, applied ethics, cognitive science or business.

More about the BA

The BS in Philosophy degree is focused on philosophical areas that are relevant to another professional, technical or scientific discipline. This degree differs from the BA program primarily because it requires students to complete more requirements in a discipline outside philosophy, either through a double major or a minor.

More about the BS

BA in Pre-health with a concentration in Philosophy

This degree develops the same skills as the BA in Philosophy, but the program includes all the courses needed for medical school. This program is designed for pre-med students who want a broad liberal arts background, in addition to preparing for medical school.

More information on this degree

Your professor are distinguished scholars who are actively engaged in research and have a broad range of specializations including ethics, metaphysics, and the philosophical studies of mind, language, knowledge, environment, mathematics, law, and science.

More about our department

Michelle Hart '11, whose novel "We Do What We Do In The Dark" is receiving acclaim from TIME, The New York Times, and The Los Angeles Times, discusses why she paired her studies in English with a major in Philosophy. "I ended up taking a course on the 'Philosophy of Literature' [with Dr. Mark McEvoy] and very quickly realized how closely linked those two subjects were. Together, I felt they gave my life purpose and shape," she said. (Photo by Candice Singh)

“Punishment for the Failed Criminal,” a paper by philosophy major Evan Lopes ’23, has been published in the undergraduate philosophy journal Ephermeris. In the piece, Lopes analyzes the similarities and differences between successful criminal acts and attempted but failed criminal acts. The measure of punishment for each should be the same, he argues. Whether or not there was resulting harm is incidental.

Students Rocco Distefano and Simon Ignat were awarded Hofstra’s Firestone Fellowship, an award that allowed them to continue research projects over the summer. Distefano focused his research on systematic racism and its impact on immigrant populations on Long Island from the 1920s to 1990s. Ignat studied the works of Nietzsche. (Distefano and Ignat are pictured with classmate Kayla Hernandez.)

A high school introduction to philosophy sparked an obsession for Casey Grippo. At Hofstra she immersed herself in the study of philosophy and Europe’s age of enlightenment. Casey continued her studies at the preeminent University of Luxembourg and Boston University.

KANT and the Meaning of Religion

Dr. Terry Godlove, professor of philosophy and religion, has written Kant and the Meaning of Religion, published by Columbia University Press. The book discusses how Immanuel Kant’s philosophy of religion contributed to our secular age in which belief and especially unbelief have become real options for millions of people.

In the New York region, graduates with a bachelor’s degree in philosophy earned an average annual salary of $53,443, and job growth for this major is projected to increase 9.4% by 2026, according to New York area labor market data retrieved in July 2018 by Burning Glass Technologies. In a survey of recent alumni: 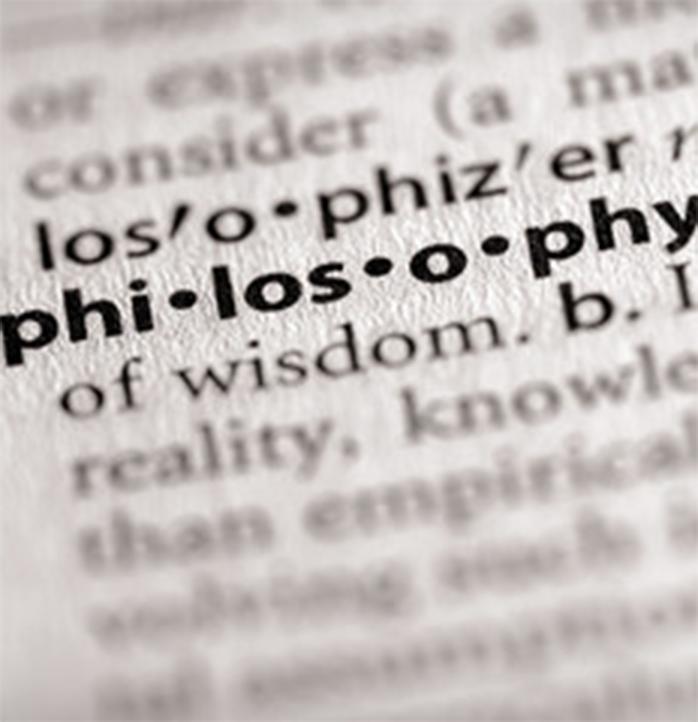