The Department of Drama and Dance, in collaboration with the Music Department, offers a minor in Musical Theater (MUTH). All students are encouraged to audition, no matter their major. However, the MUTH is simpler to complete if you are already a Drama, Dance or Voice major, based on its curriculum.

Even so, it is not unusual to find students from completely unrelated studies (computer science, anthropology, public relations) involved with the program and starring in our productions.

An audition consisting of one monologue and 16 bars of a song are required to be accepted into the minor. Auditions take place at the end of the spring semester.

The minor is comprised of 18 credits including voice, dance, acting and sight-singing as well as musical theatre auditioning and performance.

Though many of the preliminary classes can be taken as a non-minor, a student must be accepted into the program before taking the advanced Musical Theater classes. 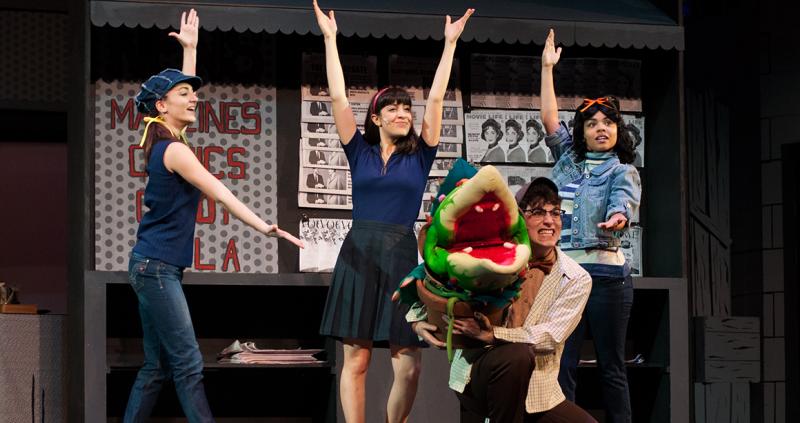 Along with its long-running Shakespeare Festival, dance concerts, and Black Box plays, Hofstra University's Department of Drama and Dance produces a large scale musical annually at the Toni and Martin Sosnoff Theater at the 1105-seat John Cranford Adams Playhouse.

The program also stages musical productions at the Spiegel Theater, produced, directed and acted by Masquerade, a student-run club. A recently added cabaret class performs on campus, locally, and in New York City. 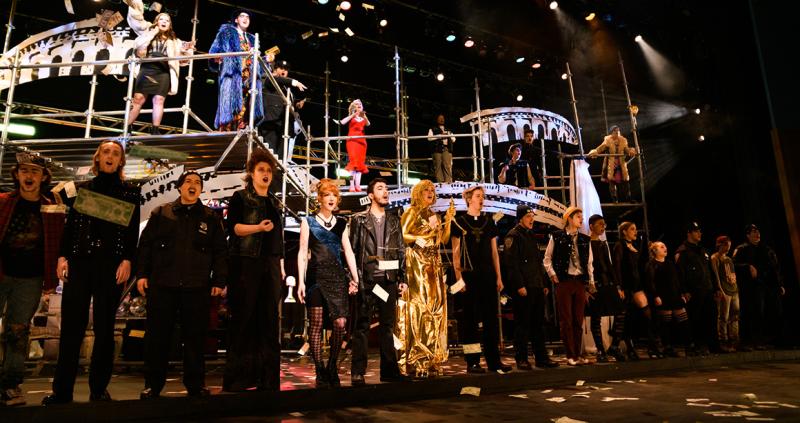 The Threepenny Opera
Working
Legally Blonde
Into the Woods
Hair
Little Shop of Horrors
Fiddler On The Roof
Gypsy
Cabaret
Urinetown
Rent
Bat Boy: The Musical
On the Town
Footloose

Come to the Cabaret

Program director Jennifer Hart said, “The beauty of performing cabaret lies in the ability to reach out to people and bring them on an emotional and sensational journey."

The first cabaret class in 2020 focused on the music of Jacques Brel. The 2021 class featured the theme of women in pop on Broadway (ie. Sara Bareilles, Carole King, Cyndi Lauper, and ABBA).

The MUTH minor gives students the tools necessary to compete in the industry including audition and rehearsal techniques, as well as performance opportunities. Hofstra’s proximity to New York City allows for industry professionals to frequent the classes, professors to keep up with the current market and students to perform in the New York metropolitan area.

Michael Lepore ’20 started his final semester at Hofstra with a full course schedule, a prominent role in the Shakespeare Festival, and a number of extracurricular obligations.

Two weeks after the start of classes, his life was upended when an open audition in New York City led to his being cast in the Broadway musical "Sing Street."

The musical Bright and Brave was a joint project between three Hofstra alumni: Jack Saleeby ‘16, Noah Silva ‘16 and Peter Charney ’17. While wondering about their future in theater, the drama students decided to take a leap of faith and develop their own show. They collaborated on the book, lyrics and music during Saleeby’s and Silva’s senior year at Hofstra. (L to r) Peter Charney, Jack Saleeby and Noah Silva

While Hofstra’s Department of Drama and Dance presented a lavish 50th anniversary production of Fiddler on the Roof, one of its graduates, Sarah Parker ’11 made her Broadway debut in the revival of the musical, directed by Tony® Award-winner Bartlett Sher and choreographed by Hofesh Shechter. (Photo by Joan Marcus, courtesy of Jeffrey Richards Associates)

As a vacation swing for Finding Neverland, Matthew Tiberi ’11 was on call to fill in for cast members who miss one or more performances due to vacation or illness. While he enjoyed the prestige that came with being involved with the musical, Matthew also appreciated that being a swing gave him the time and freedom to audition and work on other projects. (Image: © Carol Rosegg)

All Roads Lead to Phantom

Kaitlyn Davis’s childhood wish was to play Christine Daaé in Phantom of the Opera. Growing up on Long Island, she performed in so many community theater productions she had to be homeschooled. After graduating from Hofstra in 2012, she landed the part of her dreams in Phantom’s North American tour.

Hofstra University dance alum Julia Macchio ’14 starred in a seven-month tour of “Flashdance the Musical,” the stage adaptation of the 1983 iconic movie. Macchio played the lead role of Alex, an 18-year-old aspiring classical dancer from Pittsburgh who is a welder by day and an exotic club dancer by night.