Endowed by Dr. Hakam Singh in honor of his wife, the late Sardarni Harbans Kaur, Hofstra University’s Sikh Musicology Chair is the first of its kind at a western university.

Designed to settle an academic platform for the study of the Gur-Sikh musical heritage, the Sikh Musicology Chair has been held by Dr. Francesca Cassio, professor of music, ethnomusicologist, and kīrtaniya, since it was established in 2011.

Within South Asian music scholarship, Sikh Musicology is a new field of study that focuses on the history and analysis of repertoires associated with the spiritual practices established during the Sikh Gurus' era (late 15th-early 18th centuries). A rich body of traditional compositions was orally transmitted until the mid-20th century when - due to the Post-Partition upheaval - the Sikh community was disrupted, along with its musical legacy. The plethora of musical arrangements in which the lyrical hymns are set today is the sonic portrait of historic shifts in the Sikh culture from the pre-colonial to the modern, and post-colonial era, until the present times of globalization.

The Sikh Musicology Chair is located in the Hofstra Music Department. Courses are regularly offered to develop an appreciation of the Gur-Sikh musical tradition, through the aural and oral training of the repertoire and the study of the cultural context in which it developed. Classes encompass an introduction to the theoretical, historical and cultural aspects, followed by the vocal and instrumental practice of basic repertoires. Among the activities of the Sikh Musicology Chair are lectures and concerts by visiting scholars, independent studies, research projects, and ethnographic fieldwork.

About the Kaur Endowed Chair

The Sardani Harbans Kaur Chair in Sikh Musicology, established by Dr. Hakam Singh in memory of his wife, facilitates the intellectual pursuit of music’s longstanding role in the Sikh tradition. As the first of its kind in the United States, the chair shares that rich heritage with the next generation of students.

A renowned chemist and professor with nine U.S. patents to his name, Dr. Hakam Singh is also an intellectual luminary in the international Sikh community. Dr. Singh immigrated to Los Angeles, California, in 1967 after completing postdoctoral research at the University of Southern California and a professorship at IIT New Delhi. While progressing in his scientific career, he advanced the intellectual pursuit and global understanding of the Sikh faith. His academic contributions to Sikhism include numerous articles as well as books on Guru Tegh Bahadur as an apostle of human rights and a study on the mystic Indian poet Kabir. 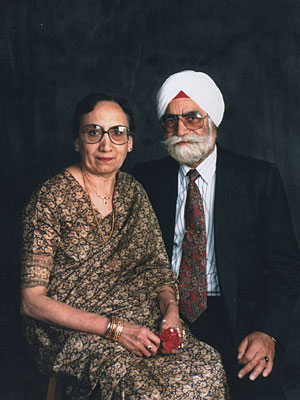 Dr. Hakam Singh and his wife of 57 years, Harbans Kaur, shared an intellectual and devout appreciation for the hymns of the Sikh faith. “There are about 6,000 hymns or shabads in the Sikh scripture and each shabad is preceded by instructions as to what raga and musical measure or taal it should be sung in,” shares Dr. Singh. “This shows that our founders not only had a great knowledge of Indian music, but that they knew the influence of the singing of hymns on the mind.”

The course in Gurbani Sangit (the Sikh musical tradition) at Hofstra University is the first of its kind taught in a Western University. This course is designed to offer an appreciation of Sikh music, combining the aural and oral training in the repertoire, with the study of the cultural context in which it developed in North-West India between the late 15th and 20th centuries.

Each class is based on an introduction to the theoretical, historical and cultural aspects of the Sikh musical tradition, followed by vocal and instrumental practice of basic repertoires.

Classes incorporate modern technologies such as PowerPoint and Videos, with musical training imparted through the native oral pedagogy.

This course meets the Cross-Cultural distribution criteria requirements, being particularly suitable to students who would partake in multidisciplinary studies that involve any of the following areas: Music, Anthropology, Global Studies, South Asian Studies, Religion and (Eastern) Philosophy.

Classes of Music around the World (MUS 004), Sikh Mysticism (RELI 157) and Warrior Saints: An Introduction to Sikh Religion (RELI 103) are highly recommended prior taking MUS 017, as these courses contribute to setting the vocabulary and a critical approach to the Sikh music culture. No previous musical training and no mandatory prerequisites are required. Among the activities of the Course: lectures and concerts of visiting scholars from abroad, research projects and fieldwork among the local Sikh community.

GOALS:  The aim of the course is to develop an appreciation of the Sikh musical tradition, in relation to the cultural context, meaning and philosophy of performance. Native vocabulary and musical language will be introduced, along with the peculiar instruments and vocal techniques used in the past and in the contemporary Sikh tradition.

LEARNING OUTCOMES: MUS 017 follows the distribution course standards in regard to substantial reading and written work, giving an equally important role to the ear-training in the Sikh musical language (Gurbani Sangit) and its musical practice.

See events hosted as part of Sikh Musicology at Hofstra.

See some of the visiting academics who have enhanced Sikh Musicology education at Hofstra. 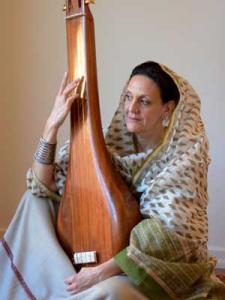