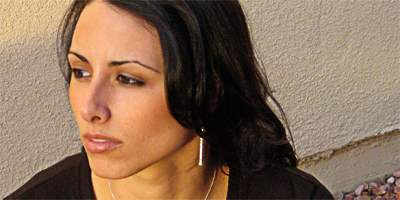 As one of only three women in the country to hold the position of principal timpanist in a symphony orchestra, Kimberly Toscano ’03 is truly breaking ground in the chamber music world.

As a fellowship recipient at prestigious music festivals internationally, Ms. Toscano attended the Pacific Music Festival in Sapporo, Japan, and the National Orchestral Institute in College Park, Maryland, where she shared the stage with such esteemed conductors as Riccardo Muti, Valery Gergiev, and Andrey Boreyko, and collaborated with musicians of the Vienna and Berlin Philharmonic Orchestras, as well as the principal players of major orchestras throughout the United States.

Ms. Toscano’s interest in chamber music, particularly new works for percussion, has led to numerous commissions. An upcoming project with Tucson Symphony Orchestra Concertmaster Aaron Boyd will result in a series of performances of commissions written specifically for this pairing.

A passionate educator, Ms. Toscano serves on the faculty at the University of Arizona, maintains a private percussion studio, and is an active clinician and mentor for young musicians in the greater Tucson area, where she currently resides.