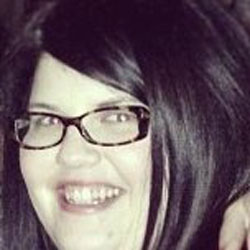 Erin Veltman has served as the Executive Director of the Republican Legislative Campaign Committee (RLCC) since January 2011. The RLCC is part of the Republican State Leadership Committee (RSLC), the largest caucus of Republican state leaders in the country and the only national organization whose mission is to elect down-ballot, state-level Republican officeholders

As Executive Director, Erin is responsible for raising funds to help elect Republicans to state legislative offices across the country.  Erin manages all RLCC operations and reports directly to the RSLC’s President. She has built and maintains relationships with Republican legislative leaders in all 50 states and serves as the primary liaison between those leaders and the RLCC’s donors.

Erin recently led the RLCC to its most successful election year in 2014, raising an unprecedented amount of money to support legislative races in 45 states, resulting in the GOP gaining a supermajority of legislative majorities and achieving an all-time record in the number of legislative chambers and seats held by Republicans.

Prior to joining the RLCC, Erin served as Finance Director for two Congressional candidates in New York during the wave 2010 elections, one of whom was elected to the 112th Congress. She has also worked in various fundraising capacities for a U.S. Senate Re-Election campaign and the Republican National Committee (RNC) under Chairman Mike Duncan. Erin is a native New Yorker and earned her Bachelor of Business Administration in Legal Studies in Business from Hofstra University. She currently resides in Washington, D.C.