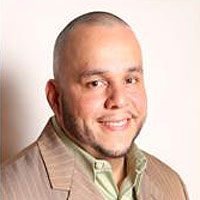 Sergio Argueta (B.A., 2003) is among the youngest and most influential community activists on Long Island. He is founder and executive director of S.T.R.O.N.G. Youth, Inc. (Struggling To Reunite Our New Generation), one of the leading gang prevention and intervention agencies in the northeastern United States.

He earned a bachelor's degree in sociology with a minor in political science from Hofstra University, where he served as president of Hofstra's Organization of Latin Americans and senator in the Student Government Association. He was awarded the Turner Fellowship at Stony Brook University, where he earned a master's degree in social work. Sergio recently became an adjunct criminal justice professor at Nassau Community College, the institution he credits with empowering him through education. He is currently pursuing a Juris Doctor at Touro College Jacob D. Fuchsberg Law Center.

Sergio has been the subject of many articles published in magazines and newspapers locally, nationally, and internationally, including Scholastic Magazine, New York Newsday, The New York Times, and Florida Sun-Sentinel.  He has appeared on various television and radio shows, including reports on CNN, The O'Reilly Factor, The John Gambling Show, Telemundo, Univision, Hot 97.1 F.M. Street Soldiers, WBAI, and BBC Radio & Television in London.  In 2003 Sergio served as the gang specialist for the Nassau County Youth Board; he is currently one of the leading experts on gangs and youth violence throughout the northeastern United States.

Sergio Argueta is regarded as a compelling speaker who has captured audiences throughout the nation and abroad. He is a charismatic, motivational speaker who transcends all boundaries in reaching his audience. His powerful presentations give profound insight on a host of modern-day issues involving violence, communities, education, and today's youth.