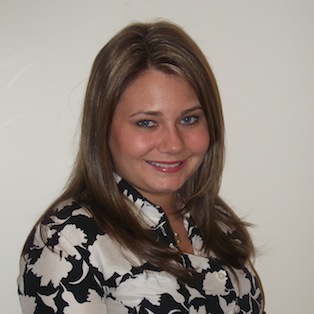 Jenna Mucha (B.A. '08) is the social media specialist for talent acquisition and employee communications at North Shore-LIJ Health System, the nation's second largest non-profit secular health care system. Jenna began her career in 2008, working full-time as a desk assistant at the ABC Television News Network. After spending a year working at World News with Charles Gibson, Weekend News, and contributing to ABCNews.com (and a long run down the West Side Highway chasing the "Miracle on the Hudson" plane), Jenna found her passion in television and moved to ABC's Good Morning America as a segment producer. She didn't sleep much during the two years she spent as a booker for the Emmy-Award-winning morning show, but she has never-ending stories about the guests and shows she produced in the studio. During her time at Good Morning America, Jenna learned about the power of social media and became an avid Twitter and Facebook user, using the tools not only to promote hot segments, but to find guests for interviews as well.

In switching gears and moving to North Shore-LIJ, Jenna embraced the use of social media in her new communications areas. Jenna's day-to-day tasks include working with the talent acquisition team to engage and communicate with potential candidates throughout the hiring process, in new and exciting ways. She creates and posts unique content for the North Shore-LIJ Careers social sites, including Facebook, Twitter and LinkedIn. She also works with the employee communications department on special projects and events.

Jenna grew up outside of Buffalo, New York, and always dreamed of moving to the metropolitan New York area. After being on Hofstra's campus for all of five minutes, she knew it was the perfect fit. While at Hofstra, she was active as a senior resident assistant (Colonial Square), admissions ambassador, WRHU-88.7 FM D-J and news reader, and as a member of Lambda Pi Eta. Jenna invites you to follow her on Twitter and connect with her on LinkedIn .