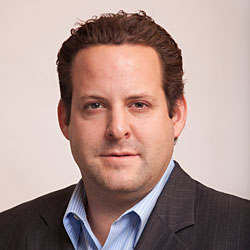 Cameron Kadison (Video/TV & Business, B.S. ’03) is a Founding Partner of the recently launched Mortar Media in Beverly Hills, California.  Mortar Media is a management and production company specializing in non-scripted television, branded content, on-camera talent and non-traditional business development.   The company’s initial roster will include over 50 clients ranging from personalities, corporate brands, producers and production companies. The Mortar Media team is also currently responsible for packaging and producing projects that are in development at a variety of cable networks and digital platforms.  His producer clients have been responsible for producing major reality shows like “Undercover Boss”, “Behind The Music”,  “Punk’d”, “Laguna Beach”, “Housewives of OC”, “Extreme Makeover: Home Edition”  as well as several other major broadcast and cable network series.  In the talent arena he currently represents talent that is featured on NBC, Bravo, Discovery Channel, E!, TLC, MTV, VH1, OWN, Food Network, Animal Planet, Travel Channel and several other television and digital outlets.

Prior to Mortar Media, Cameron was a manager/producer and launched the Alternative department at Principato-Young Entertainment.  One of the top management and production companies in the industry, Principato-Young Entertainment represents a diverse collection of actors, directors and writers, who work in a variety of dynamic film, television & digital projects.  Clients include Shailene Woodley, Queen Latifah, Sean Hayes, Will Arnett, Ed Helms, Rob Riggle, John Malkovich, Viggo Mortensen, David Wain, Thomas Lennon, Ben Garant and many, many more. PYE has produced “Reno  911”,”Campus Ladies” and “Players” in TV and the “Virginity Hit” and “Hell Baby” in film. PYE currently has more than 15 films in various stages of development. PYE Writer clients have created some of the largest cultural touchstones in the media landscape, including the Oscar-winning “The Descendants,” “Night at the Museum,” “X-Men: First Class,” “Harold and Kumar,” “The Hangover” and “The Chronicles of Narnia: The Lion, the Witch and the Wardrobe.”

Before joining Principato-Young, Cameron was a television packaging agent at the William Morris Agency and the Paradigm Talent Agency in the non-scripted television space.  In that capacity he was focused on packaging TV pitches with production companies and negotiating television deals on behalf of talent and producers.  After graduating from Hofstra, Cameron started working in the Network Sales department at CBS in New York before moving to Los Angeles and joining William Morris.

Cameron was born in Wichita, Kansas, and made his way to Hofstra after visiting Dempster Hall on “Accepted Students Day” and falling in love with the production facilities and the faculty.  While at Hofstra Cameron was the general manager of HTV, president of the National Broadcasting Society chapter and executive producer of “Thursday Nite Live”.  He was one of 6 national National Broadcasting Society’s “Model Chapter” presidents, won a regional and national NBS award for “Best Video Comedy Program” for Thursday Nite Live, as well as receiving the “Bob Pattison Memorial Fellowship” from the International Radio & Television Society.  He credits Dr. Peter Gershon and former Dean Dr. George Back as incredible mentors that helped teach him the values of leadership, communication and not being a complete jerk.

Cameron currently lives in Venice, California, and is striving every day to not take life too seriously.