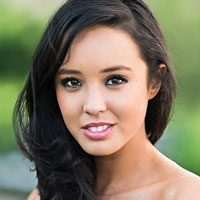 Siobhan Conroy is a chemist for Estée Lauder and currently works in research and development for Bobbi Brown makeup and Smashbox makeup and treatment. Estée Lauder is multibillion-dollar company that owns over 30 prestige personal care brands, including MAC, La Mer, and Clinique.

Siobhan graduated from Hofstra University in 2011 with a BS in chemistry. In the fall of 2011, she attended The City College of New York to pursue a master’s degree in biochemistry. In between semesters, she applied for a temporary lab position at Estée Lauder, to gain work experience, and the company offered her the job. She decided to accept the position and, apprehensively, put school on hold.

From the first day at Estée Lauder, Siobhan loved her job. She was first assigned to work in the anhydrous group, which included a plethora of brands that develop products that do not contain water, such as lipstick, lip glosses, and certain concealers and eye shadows. Working with anhydrous formulations helped her gain knowledge about many different products and assisted her in learning the philosophies behind each brand. Estée Lauder is extremely devoted to the values of each brand and what it considers “beauty.” For example, Bobbi Brown makeup tends to be more of a natural and soft look, while Smashbox makeup is more bold and dramatic and is often used for studio photography. She helped with many projects that were major launches, such as the Estée Lauder Pure Color Envy Sculpting Lipstick, and even launched her own projects.

In 2013 the labs were switched around and she was hired as a permanent chemist for Bobbi Brown makeup and Smashbox makeup and treatment. Within days, she was assigned her first major project -- which she is still working on. It is at the final stage and should be in stores in the fall of 2015. Besides this major launch, she has been a part of other projects such as the Smashbox Be Legendary Long-Wear Lip Lacquer and Smashbox Full Exposure Palette. In addition to working full time, Siobhan went back to school for materials science and engineering at Stony Brook University. She plans to pursue a PhD or MBA after she earns the Master of Engineering.

Siobhan’s accomplishments would not have been possible without her loving parents. Throughout her life, they have always supported her and pushed her to reach her full potential. She would not be the person she is today without them.