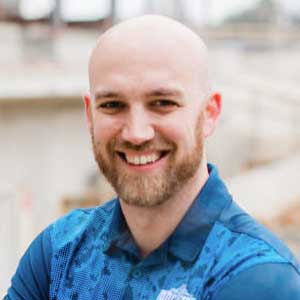 Christian Heimall graduated from Hofstra University with the experience he needed to step into the world of professional baseball reporting and later, management. In the summers of 2011 and 2012, he became the media relations director as well as a broadcaster for the Vermont Mountaineers. He later graduated from Manhattan College with a Master of Arts in School Counseling in 2013 and took a summer broadcast internship with the Rockland (N.Y.) Boulders, a Can-Am League of professional baseball.

During his time at Manhattan College, he served as a sports information graduate assistant and worked as a radio broadcaster. As a radio broadcaster for Manhattan College, he went to the NCAA Tournament in 2012 with Manhattan baseball as well as the NCAA Tournament with Manhattan basketball in both 2014 and 2015. From 2014 to 2017, he served as the public relations and promotions director for the Rockland (N.Y.) Boulders, where he led the league in fan attendance each year – setting single-game and single-season records in 2015 and 2016.

After his time with the Boulders, he worked with the Quad City River Bandits baseball team in Davenport, Iowa, as the public address announcer and on-field personality. In this position, he worked directly with production managers and promotion managers on daily scripts to ensure proper execution.

He holds the distinction of being the first person ever to propose during a High Point Rockers game. He and his fiancé now live in Jamestown, North Carolina.