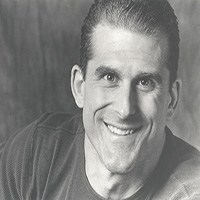 Scott Nicholson ’88 has been a motivator and an innovator his entire life. He is the proud author of Seeds of Achievement: The Ultimate Roadmap for Young Adults on Obtaining Success, Prosperity, and the Winning Edge in Life, which is currently available on amazon.com and the Hofstra bookstore. The book offers knowledge and strategies to achieve life and career success, prosperity, happiness, inner joy, confidence, and personal pride. Scott’s natural athleticism enabled him to excel in both baseball and football at Hofstra. After graduating from Hofstra with a B.A. in communication arts, Scott briefly pursued a career in television sports broadcasting in Washington D.C. While in the communication industry, he gained experience as a satellite coordinator for Major League Baseball, the National Football League, and the National Basketball Association.

After leaving Washington, D.C., Scott entered the family business, Bucilla Corporation, which became a top supplier of needlecraft products in the United States. Scott served as vice president until 1996, when the company was sold. He started a new company in 1997, Head Starts Enterprises, which manufactured such products as soft goods, tote bags, and backpacks. In 2001 Scott was named vice president of Gemcoware, the nation’s top supplier of glass tabletop products. In 2003 he became the chief marketing officer of Lifetime Brands’ kitchenware division. Scott’s experiences eventually inspired him to start his own company, and in 2005 Scott created Xtraordinary Home Products, which focuses its manufacturing on innovative kitchen technologies. The company’s corporate offices are located in Bohemia, New York. Scott is currently acting president and partial owner of Xtraordinary Home Products, one of the fastest growing kitchenware suppliers in the industry today. The company supplies products to major U.S. retailers such as Kmart, QVC, Avon, and Bed Bath & Beyond, to name a few. In 2008 the company developed the Perfect Brownie™ baking pan, which became a No. 1 selling baking item in the United States, and remains so today.

Scott cites his experiences and opportunities at Hofstra as being life-changing, and he encourages students to engage actively in their learning experiences and to develop their individual “winning edges” to succeed.