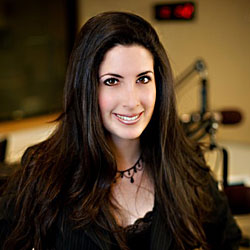 Heather Cohen is executive vice president of The Weiss Agency, a broadcast talent agency that represents and develops the careers of many of the industry's most successful local and syndicated personalities.

Heather joined The Weiss Agency directly from GreenStone Media, LLC, where she was vice president, programming. Recruited by GreenStone to develop programming targeting women, Heather oversaw all program content, talent and production.  Under her creative leadership, GreenStone received three Gracie Awards from the Alliance for Women in Media Foundation.

Heather joined GreenStone from New York’s legendary WOR 710AM where she was assistant program director responsible for the station’s local and national on-air content, programs, and production. She also served as executive producer for WOR’s award-winning “The Joan Hamburg Show.”

In 2013 Talkers magazineawarded Heather with the prestigious Judy Jarvis Memorial Award for Outstanding Contributions to Talk Radio by a Woman, also known as the Woman of the Year Award.

Heather is a frequent participant in numerous industry seminars as a moderator and panelist.  She consulted Radio & Records on its 2008 Talk Radio Seminar in Washington D.C., and was presented with a 2008 Industry Achievement Award.  Heather has been a special consultant to McVay/Cook & Associates on syndicated programming.

Heather is a graduate of Hofstra University and currently serves as president of The Lawrence Herbert School of Communication Alumni Association and is a member of The Lawrence Herbert School of Communication Advisory Council.  She has served on the America’s Voices in Israel Advisory Board. Heather is a judge for the Gracie Awards and is a member of the Alliance for Women in Media.  She has mentored New York City school children as part of NYC’s Principal for a Day program and has been a Safe Space committee member. Heather judged the Tony Awards for eight seasons. She appeared on “The Jane Pauley Show” and was featured on the cover of the April 18, 2006 issue of Woman’s World magazine.

The Weiss Agency has offices in New York and Los Angeles. Heather is based at the company’s New York location.