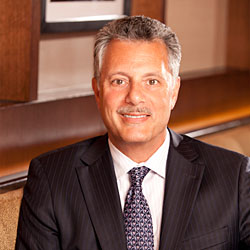 From an early age, Michael was surrounded by a family of engineers. He began his career working at his father's firm alongside two of his uncles, a brother and several cousins. As a principal of his own firm, along with his three partners, he oversees the electrical trade of the firm's work and spearheads various aspects of the company's high-level administration, including business development, sales, marketing and operations management.

With over 35 years of experience, Michael has completed projects nationwide specializing in corporate interiors and new/renovated commercial, hospitality, residential and educational buildings.

Among his most recent significant projects are: 70 Pine Street, a one million square foot conversion of the original landmarked AIG building in lower Manhattan from office to residential use and A+E Television Networks, a challenging 300,000 square foot project that converted two (2) existing loft-type factory buildings into class A office and studio space.

Michael holds a bachelor's degree from Hofstra University, an associate degree from the State University of New York in Farmingdale, and a Certificate of Electrical Systems Design from New York University. He is also a LEED Accredited Professional.

Born in Brooklyn and raised on Long Island, Michael resides in Massapequa Park with his wife, Joanna. He has two daughters, Jaclyn, an advertising professional, and Lori, an electrical engineer who also works at MGE. During his free time, he enjoys fishing, golfing and traveling.