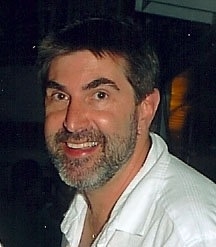 Harley Diamond (B.F.A. ’79) by day practices law and by night is an actor. After graduating from Hofstra and working as an actor for several years, Harley went on to attend The John Marshall Law School and graduated with distinction in 1986.

By day, he works for the New York City Housing Authority Law Department. He currently serves as senior counsel with the Housing Litigation Division, where he represents the Authority in Housing Court in non-payment, holdover and HP actions.

Prior to holding this position, Harley served as chief of the Anti-Narcotics Strike Force for the Housing Litigation Department. As chief, he supervised legal staff and oversaw the preparation and prosecution of administrative actions against tenants involving drug activities, search warrants, firearms or other criminal activities.

By night, Harley adorns makeup and a costume, playing characters such as Phillip Sexton in Finality at the Manhattan Repertory Theater and Roger De Bris in The Producers with Ridge Chorale/Jeff Samaha Productions.  Even through law school, Harley continued to maintain his contacts with the theater industry, performing in several cabaret shows such as Between the Briefs at Don’t Tell Mama’s, Waiting for (Hal) Roach at Steve Mc Graw’s, Never Picked for Basketball and Back in Hoop Dreams at Danny’s Grand Sea Palace.  He also went on tour as Tartuffe with the National Theater for the Performing Arts – Biggs/Rosati Productions in between legal jobs, and continues to perform in community theater with St. Bart’s Players, the Heights Players and the Gallery Players.