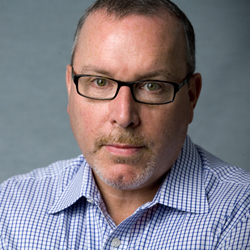 Neil Gillis (B.S. ’84) has spent his entire career in music publishing and is currently president of Round Hill Music. Founded in 2011 and headquartered in New York with offices in Los Angeles and Nashville, Round Hill Music, is a full service music publisher and creative rights management company. Round Hill Music brings together a seasoned team of music publishing and investment professionals and owns or administers music recorded and performed by The Beatles, The Rolling Stones, Frank Sinatra, James Brown, Bon Jovi, Daughtry, Steve Perry, Louis Armstrong, Billie Holiday, Ella Fitzgerald, Tina Turner, Celine Dion, Britney Spears, Christina Aguilera, Def Leppard, Carrie Underwood, Backstreet Boys, Bruno Mars, Aerosmith and Katy Perry, among many other artists. Songs in the company's catalogs include "All of Me," "Living in America," "Bye, Bye, Bye," "Waking Up in Vegas," "How Do You Stop," "She Loves You," "I Saw Her Standing There," "I'm Alive", "Inside Your Heaven", "If It Does Not Snow on Christmas," "Oh Sherrie," "Grenade," "Just the Way You Are," "Jaded," "Crawling Back to You," and thousands of other amazing songs.

Prior to his time with Round Hill Music, Neil was president, North America and global head creative for S1 songs America. He had held that role since July 1, 2007. Previously, Neil was the president and chief operating officer of Dimensional Music Publishing, LLC (DMP). In that role he managed all aspects of this uniquely diverse publishing company and helped to build upon the Dreamworks Music Publishing platform DMP purchased. Prior to that, he was the general manager (East Coast) for the Concord Music Group (CMG), where he helped establish a New York presence for CMG while also assisting in many aspects of its business operations, including bringing its product to Madison Avenue and certain film and television clients, helping solidify their strategic partnerships, and also assisting with the creative aspects of international licensing.

Earlier in his career, Neil spent 16 years with Warner/Chappell Music (WCM). During the last five years of that tenure he was senior vice president, creative music solutions for WCM. In that role, he brought the massive WCM catalog to Madison Avenue, brought the catalog to the video game community, worked on East Coast-based film and television projects, signed writers and catalogs, worked with developing artists and helped establish a creative business connection to many of the most important catalogs and writers within the WCM family.  During the first 11 years of his WCM tenure, he was vice president, copyright/licensing. In that role he was responsible for most of the day-to-day operating areas including mechanical licensing, contract administration, performance rights administration, cue sheet administration, international administration, sampling creative and licensing, copyright related business affairs functions, business liaison to royalties and synch, and development of the business side of IT tools enhancements.

Cherry Lane Music is where Neil got his corporate start as an intern back in the early 1980s. He has been a successful teacher (UCLA extension for many years), and has served as an adjunct professor with a recent post at Nassau Community College; a lecturer (UCLA, USC, Baruch College, Berklee College of Music, University of the Pacific, New York University, Hofstra University, The Liverpool Institute); a writer (business column in the Performing Songwriter during the early ’90’s); a contributor to many industry books including most recently Bobby Borg’s The Musicians Handbook (Billboard Books); and as a performer (classically trained French horn player and jazz trained guitar player) and composer (countless contributions to television shows and cartoons).

Neil is a board member of the NMPA, BMI Foundation, the New York Chapter of the Association of Independent Music Publishers (AIMP), Johnny Mercer Foundation, and member of BMI, the Songwriters Hall of Fame and Musicians Union Local 802. He resides on Long Island with his beautiful wife, Donna, and their three amazing kids, Jonathan, Mari Catherine and Emma.