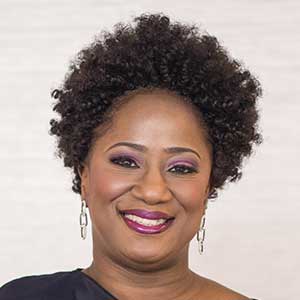 Dr. Randi B. Nelson (aka Dr. Randi) is a nationally recognized pediatrician, financial wellness expert, author, speaker, and consultant. In addition, she is a sought-after media expert regarding children’s and young adults’ health issues. Dr. Randi meets with professionals one on one and in groups, traveling the country to instruct and provide financial wellness care to those in need. She has garnered a reputation for authenticity, compassion, and intelligence.

In October 2017, Dr. Randi became a published author of the Chicken Soup of the Soul series with her short autobiographical story “Following my Heart.”

Her No. 1 Amazon bestseller Ladynomics: A Woman’s Prescription to Wealth and Financial Well-Being was published in January 2019.

Dr. Randi graduated from the University at Buffalo, SUNY, with a Bachelor of Science in Accounting. Immediately after graduation, she became a general accountant for Morgan Stanley where she worked for the Controller’s Department for eight years. During her time at Morgan Stanley, she earned a Master of Business Administration from Hofstra University. In 2000, she began working for Citigroup and ended her investment banking career as a vice president. In 2002, she decided to switch careers and become a physician.

She earned a MD from Renaissance School of Medicine at Stony Brook University. She completed her pediatric residency at Jacobi Medical Center at the Albert Einstein College of Medicine. She was a general pediatrician in Oakland, California, with the Stanford Children’s Group for nearly three years, where she served as a member of the Practice Advisory Committee and the Packard Children’s Health Alliance Investment Committee. She was also a clinical instructor for the University of California at San Francisco

She currently lives and works in Brooklyn, New York.

You can follow Dr. Randi on all social media @DrRandiBMD or visit www.DrRandiBMD.com.