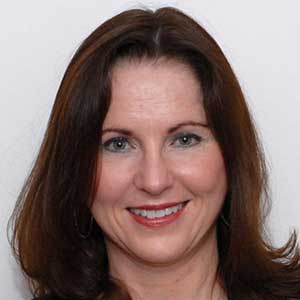 Barbarajean Magnani, PhD, MD, FCAP – professor of anatomic and clinical pathology emerita, and former chair of Pathology and Laboratory Medicine at Tufts University School of Medicine, Boston, MA – is internationally recognized for her expertise in clinical chemistry and toxicology. During her career, she received three Outstanding Speaker Awards from the Association for Clinical Chemistry (AACC); and, from the College of American Pathologists (CAP)/CAP Foundation, the 2012 Outstanding Communicator Award, the 2014 Distinguished Patient Care Award, and the 2014 Gene and Jean Herbek Humanitarian Award. Dr. Magnani also received the Distinguished Career in Teaching Award from the Tufts University School of Medicine in 2019. In addition, she was named a Top Doctor in Boston magazine and was included by Castle Connolly in its list of Exceptional Women in Medicine. Dr. Magnani was also named one of the Top 100 Most Influential Laboratory Medicine Professionals in the World by The Pathologist.

Dr. Magnani – former chair of the CAP Toxicology Committee and member of the CAP Council on Scientific Affairs – has served as the member-at-large of the Therapeutic Drug Management and Toxicology Division of the American Association of Clinical Chemistry (AACC) and as an editor of Clinical and Forensic Toxicology News. Dr. Magnani is also one of the editors of The Clinical Toxicology Laboratory: Contemporary Practice of Poisoning Evaluation, 2nd edition (AACC Press), and Clinical Toxicology Testing: A Guide for Laboratory Professionals, 2nd edition (CAP Press).

Her works of fiction include Lily Robinson and the Art of Secret Poisoning (nVision Press), and the Dr. Lily Robinson series, The Queen of All Poisons, The Power of Poison, and A Message in Poison (Encircle Publications).

Dr. Magnani is committed to helping women receive free breast and cervical cancer screening through the CAP Foundation’s See, Test, & Treat program. A portion of the proceeds from her novels helps support this effort.