The Center for Entrepreneurship

Meet with a Mentor

Want to speak to an experienced entrepreneur, investor, or corporate executive about how to get your business idea off the ground? Email stacey.sikes@hofstra.edu in advance to make an appointment or just stop by the ideaHUb (246 Axinn Library). 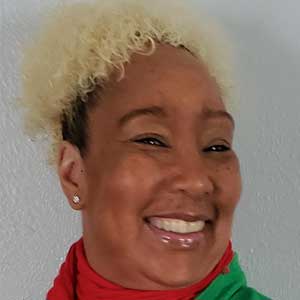 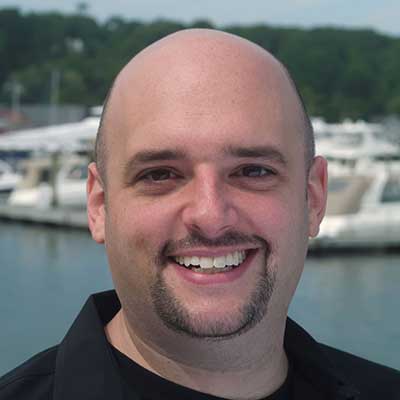 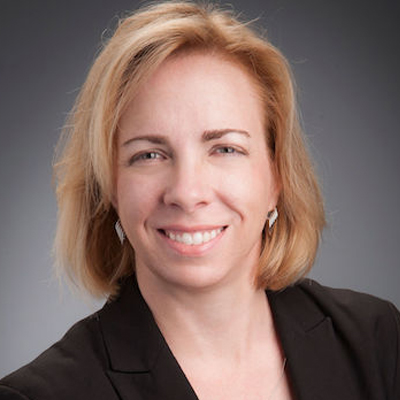 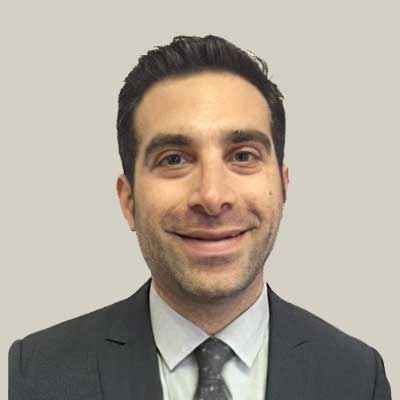 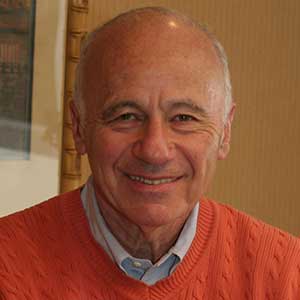 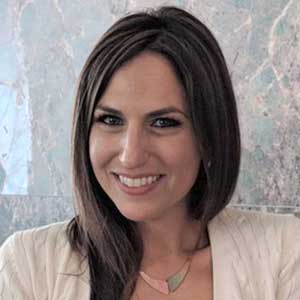 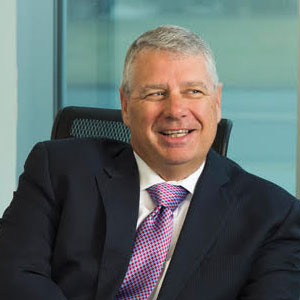 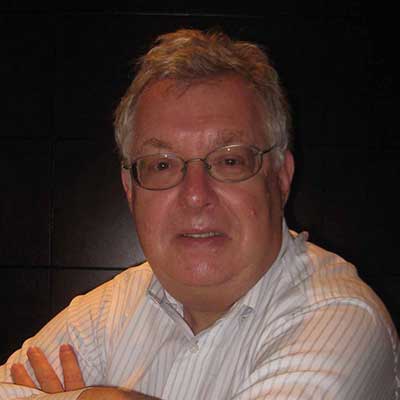 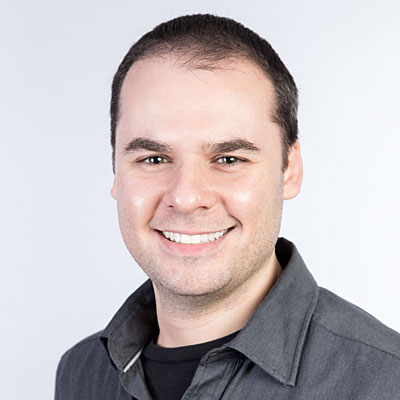 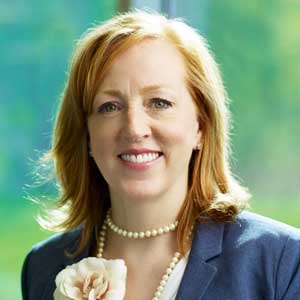 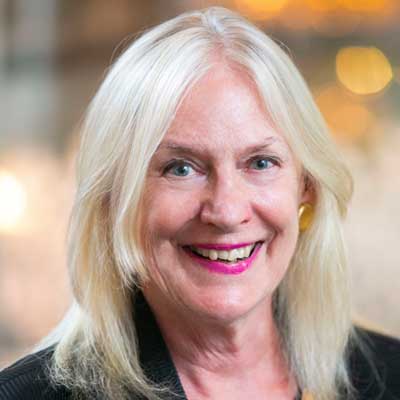 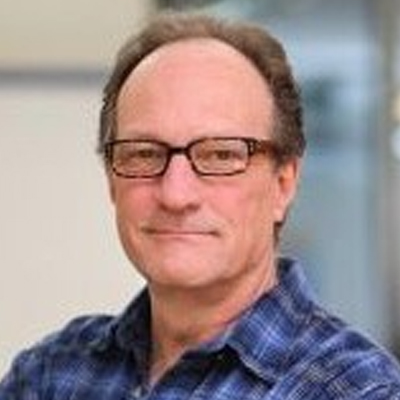 Robbin is the founder of RSFG Consulting Group LLC, a MWBE certified management consulting firm specializing in creating economic growth through entrepreneurship. Through partnerships established with regional and municipal government agencies and nonprofit organizations in the region, Robbin and her team offers technical assistance and training to support the launch and growth of startup and early-stage entrepreneurs.

Robbin is a passionate compelling facilitator and communicator with success at encouraging participation and developing team-delivered results. She is skilled at teaching/training and consulting on the connection of entrepreneurship to the larger community and the opportunities that exist for growth. She has trained/consulted more than 300 entrepreneurs to-date. Another competitive advantage is working with diverse populations from higher education students to returning citizens who are adults, often hard-to-employee, who found tremendous success in entrepreneurship training and launching micro enterprises. Robbin created and facilitated two entrepreneurial training curriculums – SCALE (South County Access to Learning Entrepreneurship) and ACES (A Chance for Entrepreneurial Success) that are currently being used in Westchester County.

Robbin is an adjunct professor in the School of Business & Accounting at Monroe College and serves as faculty adviser for the campus CEO club. Additionally, she serves as a coach and judge with Network for Teaching Entrepreneurship (NFTE). She has served on the Mount Vernon City School District Restructuring Committee, Cluster, Inc., IMANI Cultural Academy. Robbin is a former member of the National Association of Negro Business & Professional Women’s Club, Inc. (NANBPW). Robbin holds a Masters’ degree from City College and a Bachelors’ degree from Mercy College.

Aaron Foss is an accomplished serial entrepreneur with 5 companies under his belt. In 2011, he was a part of Techstars (NYC) with SideTour, a marketplace for unique experiences, which was acquired by Groupon in 2013. His current startup, Nomorobo, has stopped over 1 billion unwanted and illegal robocalls from reaching consumers since launching in 2013. Nomorobo was chosen as the winner of the Federal Trade Commission’s (FTC) Robocall Challenge and named “Best New Product” by CableLabs. Aaron has been featured in the New York Times, Wired, CNN, CNBC, and Fox News. He lives in Port Jefferson, NY.

Noel is a Principal for the Accelerate NY Seed Fund where she built a portfolio of 20+ companies across deep technology and life science sectors.    Prior to her role with Accelerate NY, Noel was the CTO for Symbiotic Health, and Founder/CEO of a Food Safety Diagnostics company.  She served as an Assistant Professor of Physics at Hunter College, CUNY, before joining the NY entrepreneurial community.  Noel obtained her PhD from Rockefeller University in Physics & Biology, and performed her post-PhD research at Harvard Medical School.

Matt Greenbaum is the Vice President of International Shoppes, an airport retailer that primarily operates duty free stores and high-end branded shops. International Shoppes is a family owned and operated enterprise and has been operating for over 65 years. Matt focuses primarily on business development, working with brand owners and airport operators to maximize revenue opportunities and the customer experience. As part of the ownership group, Matt is also inserted into all facets of the business, including operations, accounting, human resources, marketing and more. Matt is local to the area, having grown up in Westbury, NY and currently resides in Glen Head, NY. He graduated from Cornell University in 2001 with a degree in Applied Economics & Management and earned his MBA from NYU's Stern School of Business in 2011.

He was also Chairman of publicly-held Cylink Corporation, a leading U.S. supplier of encryption equipment that was sold to SafeNet Inc. He also served as a Director of AptarGroup, Inc. (NYSE:ATR), an international producer of dispensing valves, pumps, and closures for pharmaceuticals and perfumes. He is a Trustee of Cold Spring Harbor Laboratory and served as its Treasurer, as well as Hofstra University, where he served as Chairman of the Board.

Leo is a graduate of Harvard College, where he received a BA Degree in Physics in 1958, and of Harvard Business School where he was a George F. Baker Scholar and received both an MBA in 1960 and a Doctorate in Business Administration with a specialty in Corporate Finance.

Robyn M. Herman is a corporate and securities attorney at the Manhattan-based firm of Hunter Taubman Fischer and Li and co-chair of the Israel Practice Group. She regularly represents startups and small businesses throughout the launch and growth phases through their exits. In addition to her role in leading HTFL’s Israel practice group, Robyn spearheaded the launch of the firm’s Long Island office, where she brings HTFL’s deep expertise in small-cap securities and cross-border corporate transactions to Long Island-based companies. Robyn is also an entrepreneur and currently serves as co-founder of a healthcare technology startup called ER Biometrics, where her role is both managing the company direction and operations as well as funding and corporate legal matters. Robyn’s extracurricular activities include serving as Treasurer of the Jewish Lawyer’s Association of Nassau County as well as mentorship of young entrepreneurs and entrepreneurship students through Hofstra University. Having a strong background in both law and entrepreneurship enables Robyn to bring a comprehensive, well-informed perspective from both a business and legal viewpoint both when representing clients and mentoring.

After more than 25 years leading growth oriented companies in a senior executive capacity, Kevin Hesselbirg currently serves as board member and advisor to multiple private entities ranging from start-ups to firms with more than $100M in annual revenues. Kevin, a three-time Chief Executive Officer (CEO), was first named CEO of OpenLink Financial after previously serving as OpenLink’s Chief Financial Officer and Chief Operations Officer. OpenLink Financial is a leading global software developer of financial and energy, trading and risk management solutions with more than $300M in revenue, 1200 employees, and offices in 9 countries. Thereafter, he became CEO of Primatics Financial, a leading SaaS provider of finance and risk solutions for the banking sector. Kevin was more recently the CEO of The Gemini Companies, a leading fund administrator serving more than 600 mutual, private, and hedge funds. As CEO, he led multiple transactions with various private equity firms eclipsing more than $2B in capital activity. Kevin began his career with the Private Owned and Emerging business group at Ernst & Young. Hesselbirg received a B.S. from Fordham University.

Since exiting the workforce in 2006, Peter has worked with dozens of startups in the New York area, held similar Entrepreneur-in-Residence positions or adjunct roles at several universities including Montclair, Rutgers, and NJIT. He is Managing Partner of 1099Partners, a firm that consists of ex-senior executives that service the emerging market space. He currently advises, coaches or is an investor in eight local firms. Kestenbaum was an early employee (1983-1998) of Sun Microsystems and over 15 years held a variety of positions culminating as Field Marketing Director for North America. His Silicon Valley pedigree includes working directly for or with people such as Eric Schmidt (currently Chairman at Google) and Scott McNealy, founder of Sun Microsystems. During the “.COM” era he served as the Chief Marketing Officer for Agency.COM in New York as it transitioned from a startup and early silicon alley pioneer through its IPO. He also has held an advisor role to senior staff at IBM.

Chris Lopinto is a serial entrepreneur, mentor and angel investor. Since founding ExpertFlyer in 2004, he has been a pioneer in providing airline data transparency to consumers. Prior to ExpertFlyer, Chris founded, built, and then sold an IT consulting company in Long Island New York. Prior, he served as the Director of IT at ProductivityNet, a network management software startup. Chris is a co-founder of Started on LI, a Long Island based entrepreneur mentorship group, and has mentored various Startup Weekend events. He is a graduate of Rensselaer Polytechnic Institute.

Judith Peterson joined Ultimus (formerly Gemini) in 2017 as Chief Marketing Officer . In this role, Judith provides strategic direction, vision, and leadership for a team responsible for planning, developing, implementing, and supporting all communications and marketing strategies to build the company’s brand.

Judith brings to Ultimus more than 25 years of marketing expertise in the financial services sector, having previously served in leadership positions at FIS, OpenLink, Broadridge, and a $500M Blackstone-funded Investment start-up. In addition, she is an adjunct instructor at the NYC Data Science Academy. Judith holds a Bachelor of General Studies degree from the University of Michigan. Strategic Marketing Management coursework completed from Columbia University Graduate School of Business.

Barbara Roberts, Entrepreneur-In-Residence at both Columbia Business School and Hofstra University, is a well-known advocate, writer and speaker on socially responsible business practices and purpose-driven start-ups and is a lifelong champion for opening doors for women and minorities.

An economist by training, Barbara previously held senior positions on Wall Street and was the first woman to have many Wall Street positions, including a seat on the board of Dean Witter.  Throughout her Wall Street career, she was a champion for women and was profiled in the 1986 Wall Street Journal article that popularized the term “glass ceiling”. After leaving Wall Street, she became President/CEO of two family owned business, the stock photography company, FPG International, now part of Getty Images, and the museum audio tour company Acoustiguide.  As an early champion of expanding the use of non-white models in commercial photography, she was awarded the Business Enterprise Award by President Clinton “for acts of courage, integrity and social vision”  and is a Harvard case of a socially responsible business. Barbara has served as chair of the Federal Reserve Bank of New York’s Small Business and Agricultural Advisory Committee and member of the Suffolk County NY Planning Commission. As an Entrepreneur-In-Residence, she has helped launch hundreds of start-ups, is an active angel investor, and serves on the boards of several private companies. Barbara is the author of four whitepapers about entrepreneurs: Life after an Exit, The Owner’s Journey, Women’s Entrepreneurial Journeys, and Flightpaths.

Phil Rugile has a long history in both corporate and startup business environments. Phil’s current positions include co-Founder of non-profit RecruitLI, as a Corporate Innovation Consultant focusing on workforce and business development, and as the Director of Launchpad Huntington (LPH), a co-working and corporate event space. LPH has become the area’s most successful private startup space by providing connections for entrepreneurs to investment, partnership and mentorship. Through extensive networking and educational events, the space provides invaluable collaboration opportunities for its tenants and the entire LI region. In his consulting role, Phil is currently engaged with several technology and advanced manufacturing clients. Phil is also is a member of the New York State Regional Economic Development Council’s Education and Workforce Committee.

Prior experiences include Human Capital Strategist at eCommerce company eGifter, Entrepreneur in Residence for Accelerate Long Island; co-founder of 100 Urban Entrepreneurs, a 501(c)(3) non-profit dedicated to supporting minority entrepreneurship; co-founder of MYMAG, a celebrity driven marketing company that created unique personalized print and digital products; preceded by stints at numerous media and technology companies such as Reuters, Times Mirror and others.