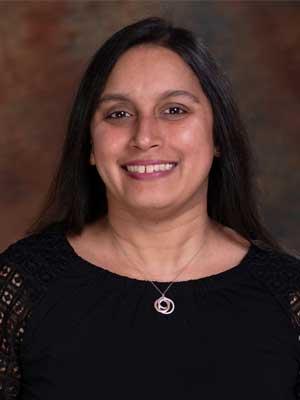 MEENA BOSE is Executive Dean for Public Policy and Public Service Programs, Peter S. Kalikow School of Government, Public Policy and International Affairs, and Director of the Peter S. Kalikow Center for the Study of the American Presidency, at Hofstra University. She is the author of Shaping and Signaling Presidential Policy: The National Security Decision Making of Eisenhower and Kennedy (Texas A&M University Press, 1998), and the editor of several volumes in presidential studies, including most recently Executive Policymaking: The Role of the OMB in the Presidency (ed. Meena Bose and Andrew Rudalevige, Brookings Institution Press, 2020). She is an author of the American Government: Institutions and Policies textbook (17th edition forthcoming 2021) and of The Paradoxes of the American Presidency textbook (5th edition, Oxford University Press, 2018).

Dr. Bose has developed non-partisan courses sponsored by The Washington Center in connection with the national party conventions as well as on key issues in American politics. She also has designed and taught courses for Elderhostel on presidential leadership and American politics. Dr. Bose serves on the editorial board of Political Science Quarterly and has been a guest editor for White House Studies. She is a member of the Council on Foreign Relations.

Dr. Bose taught for six years at the United States Military Academy at West Point, where she also served as Director of American Politics in 2006. Dr. Bose previously taught at Hofstra University from 1996-2000. Long Island Business News selected her as one of the “Top 40 Under 40” leaders on Long Island in 2009. She received her undergraduate degree in international politics from Penn State University (1990), and her master’s and doctoral degrees from Princeton University (1992, 1996).