Irish Studies at Hofstra University is an interdisciplinary program with rich course offerings and events on Ireland's past and present. By studying the cultures, diaspora, economy, history, politics, and social relations of Ireland, we develop an awareness of ways that the Irish have both shaped and been shaped by other societies, including the United States.

We offer an undergraduate minor in Irish Studies. Our minors have a bevy of courses to choose from, including courses on Irish business, dance, film, history, literature, politics, religion, theater, and society. A minor in Irish studies will prepare students for careers in the arts, conflict resolution, international affairs, international business, education, and translation as well as for advanced degrees in a wide range of subjects.

Hofstra University is the largest private university on Long Island. Created in the spring of 2008 by Drs. Gregory Maney and Maureen Murphy, the Irish Studies Program is the first on Long Island and fills a major void. Over half a million people of Irish ancestry live on Long Island. Of these, approximately ten thousand were born in Ireland. Irish Americans seeking to know more about their heritage and ethnicity have few formal learning opportunities. At the same, pressing social issues facing recent Irish emigrants on Long Island are not being addressed. Our program distinguishes itself in the wide range of our course offerings as well as our high level of engagement with and service to the broader community.

In addition to our courses, our program organizes the following activities:

Hofstra University faculty affiliated with our program are internationally known for their work in Irish Studies. Hofstra faculty, emeriti faculty, and alumni have published extensively in the field, including at least 29 books. Several current faculty either teach courses, conduct research, or create artistic pieces on matters related to Ireland. For instance, Professor Emerita Maureen Murphy was the associate director of the Yeats International Summer School in Sligo, Ireland, and is on the board of directors of the Emerald Isle Immigration Center in Woodside, Queens. She is also the editor of numerous publications related to Ireland. Dr. Laurie Johnson studies ethnic conflict in Northern Ireland. She has been the Sheelagh Murnaghan Visiting Professor at Queens University in Belfast. Professor Darrah Carr is the artistic director of Darrah Carr Dance and has been named one of the top 100 Irish Americans of the Year by Irish America magazine. Professor Connie Roberts in the English department received second prize in the prestigious Patrick Kavanagh Poetry Contest. Dr. Phyllis Zagano in the religious studies department has received a Fulbright to conduct research at the University of Limerick. 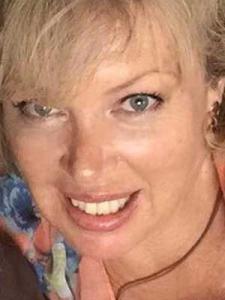 As director of the Hofstra in Ireland study abroad program since 2010, she has accompanied hundreds of Hofstra students to Ireland in a program that is proudly accessible to all. Highlights of study abroad include student participation in the Galway Arts Festival and the Galway Film Fleadth. Trained by the late Gene Frankel (“Father of Off Broadway”) in acting and playwriting, she has performed and produced theater in New York and Los Angeles, and is co-author and an original cast member of Tony n’ Tina’s Wedding, which ran for 22 years Off Broadway and in hundreds of cities throughout the world. Professor Navarra holds a BA in English from SUNY Buffalo and an MA in Literature and Creative Writing from CUNY Queens.

In addition to directing and teaching in the Irish Studies Program (Modern Irish American Literature and Culture; Ireland Inside Out; Anglo-Irish Drama), Professor Navarra is a member of the Writing Studies & Rhetoric Department. She also teaches in the English Department (Creative Writing), Honors College (Drama and the Irish Political Stage), and a First Year Cluster in Drama and Dance (This Great Stage). True to the tradition of her Irish heritage, Professor Navarra is a national labor leader in the American Association of University Professors. She served as a guest scholar at the 2018 Tennessee Williams Provincetown Festival, and discussed the works of Williams and Samuel Beckett. 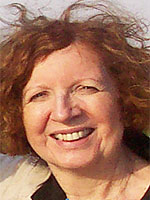 Professor Margaret Burke has served in the Axinn Library Reference Department since 1999. Her subject areas include Women's Studies and Romance Languages and Literature, and she has now taken on the responsibility of Irish Studies. As liaison to Irish Studies, Professor Burke has been bringing the library collection in this area up to date. She has an MA in Humanities and has published on the contemporary Irish poet, Nuala Ni Dhomhnaill. Professor Burke has had the opportunity to study in Ireland and travels there often. 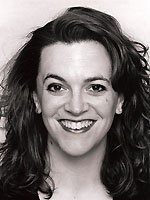 Professor Darrah Carr holds an MFA from New York University's Tisch School of the Arts. She was named one of the Influential Women of 2010 by the Irish Voice and one of the Top 40 Under 40 by the Irish Echo. Professor Carr is the artistic director of Darrah Carr Dance and describes her choreographic style as Moderin: a unique blend of traditional Irish step and contemporary modern dance. Recent performance highlights include: NBC's The Today Show and a performance with the New York Pops at Carnegie Hall. She has presented her research at the Congress on Research in Dance, the World Dance Alliance, and Dance Research Forum Ireland. Professor Carr recently contributed a chapter to Close to the Floor: Irish Dance from the Boreen to Broadway, published by Macater Press. She has also written numerous articles for Dance Magazine, Dance Studio Life, Dancer, and the Dance Insider. Visit her website at www.darrahcarrdance.com. 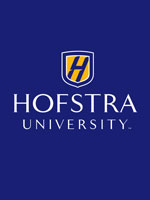 Professor Leandra Reilly has been teaching in the Radio, Television and Film department of the School of Communication since 2004. An award-winning national broadcaster with over 20 years experience in television news and sports, she is also a critically acclaimed documentary filmmaker whose film has been screened at the IFFM of New York City. The documentary, Running Down a Dream, premiered in Philadelphia and was televised nationally on pay-per-view. A producer of music videos and award-winning mini documentaries, Professor Reilly also produces instructional videos and infomercials. She studied screenwriting at NYU, and is a member of IFP and ASCAP. At Hofstra,  Professor Reilly teaches Sound & Image Aesthetics as well as Television Performing. A frequent traveler to Europe, including Ireland and Northern Ireland, she studied at the Paris/American Academy of Fine Arts. 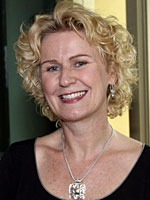 Connie Roberts, a County Offaly native, emigrated from Ireland to the United States in 1983. Her poetry has been published in journals in the U.S. and Europe. In 2010, she received the Patrick Kavanagh Award for her manuscript "Not the Delft School"; was awarded first prize in the Dromineer Literary Festival Poetry Competition; and was selected for the Poetry Ireland Introductions Series. In 2011, Professor Roberts received a Literature Bursary Award from the Irish Arts Council and was nominated for the Hennessy X.O. Literary Awards. She has been a finalist in several poetry contests, including the Strokestown International Poetry Competition, the iYeats Poetry Competition (twice), the Allingham Arts Festival Poetry Competition, the Over the Edge New Writer of the Year Award, the North West Words Poetry Prize (twice), the Fermoy International Poetry Competition, the Swift Satire Contest, and the Dana Awards. In 2013, Professor Roberts received the Poetry Collection Award at the Listowel Writers' Week Festival and, in 2014, she won the Boyle Arts Festival Poetry Competition. In the spring of 2015, Arlen House of Dublin published her debut volume, Little Witness, a collection of poetry inspired by her experiences growing up in an industrial school (orphanage) in the Irish midlands. The New York Times published a profile of Professor Roberts in 2015. She teaches creative writing and is part of the Irish Studies Program at Hofstra University. Visit her website at ConnieRobertsPoet.com. 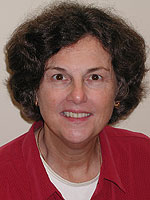 Dr. Zagano's writing is widely translated. Her best-selling On Prayer: A Letter for My Godchild is in Indonesian, Spanish, and Italian as well as English. She edited the Liturgical Press’ Spirituality in History series.

Dr. Zagano is a member of the Papal Commission for the study of the diaconate of women. She is the winner of two Fulbright awards, and her professional papers are held by the Women in Leadership Archives, Loyola University, Chicago.