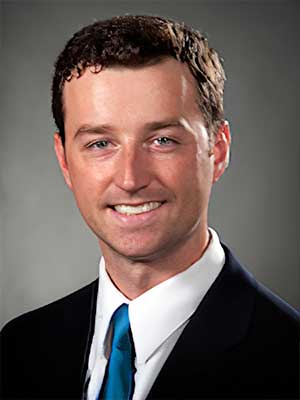 Dr. Riegel is a member of the American Association of Physicists in Medicine (AAPM), the American Society for Radiation Oncology (ASTRO), and serves as an editor for the Journal of Applied Clinical Medical Physics.

Peter completed his CAMPEP accredited, therapeutic medical physics residency at Northwell Health in 2017. He joined Northwell Health’s Department of Radiation Medicine in 2018 as a clinical medical physicist. Peter holds the position of instructor in the Hofstra College of Liberal Arts and Sciences.

Peter’s clinical responsibilities are divided between Lenox Hill Hospital in Manhattan and the Center for Advanced Medicine on Long Island. Peter is involved in the education of medical physics graduate students, medical physics residents, and radiation oncology medical residents. His interests are in clinical workflow and standardizing radiation oncology nomenclature, stereotactic radiation therapy treatment planning, and facilitating the involvement of graduate students in the Department of Radiation Medicine.

Peter is a member of the American Association of Physicists in Medicine (AAPM) and the Radiological and Medical Physics Society of New York (RAMPS). In his free time, Peter enjoys backpacking, rock climbing, cycling, and skiing.

Department of Physics & Astronomy Chair, Gregory Levine, PhD
Gregory Levine received his PhD in physics from Columbia University in 1989 and was a postdoctoral fellow at the Texas Center for Superconductivity before joining the Physics Department at Hofstra in 1993.

In 2004-2006, Professor Levine was a KITP Scholar at the Kavli Institute for Theoretical Physics at the University of California. He has twice received research grants from the Research Corporation/Cottrell Foundation. Professor Levine has worked in the fields of nonlinear dynamics, strongly correlated systems (such as superconductivity and low dimensional magnetism), dissipative quantum systems, and quantum information.

In quantum information, Dr. Levine's research has recently focused on the question of how entanglement dynamically evolves in a system with many quantum particles. He has also begun a project exploring the use of the newly discovered correspondences (dualities) between gravitational physics and quantum field theory to study entanglement entropy. Although these dualities were developed in string theory in a high energy physics context, they present a promising approach to a certain class of problems in condensed matter physics. In dissipative quantum systems, his research focuses on the quantum mechanics of “open systems”—the quantum mechanics of systems embedded in a large and stochastic environment. This subfield of physics attempts to address how classical physics, which governs macroscopic or large scale physics behavior, emerges from quantum mechanics, which governs the microscopic or small scale behavior. This topic is at the frontier of modern theoretical physics and has a direct impact upon a number of pure and applied fields of physics such as quantum computing, conductivity and superconductivity in strongly correlated materials, and quantum cosmology. 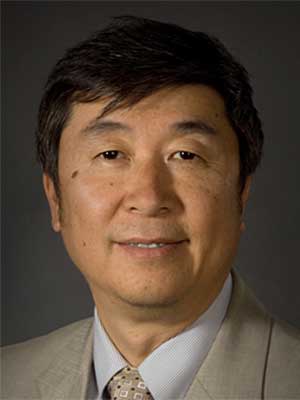 Northwell Department of Radiation Medicine Chief Physicist, Yijian Cao, PhD, DABMP
Dr. Yijian Cao received his PhD in condensed matter physics from the University of Missouri-Columbia. Since then, he's accumulated over 20 years of experience in radiation oncology physics and is certified by the American Board of Medical Physics. Dr. Cao serves as chief physicist in the department of radiation medicine of Northwell Health. Besides overseeing all physics services and supports to clinic, he has been able to focus on integrations of clinical physics and research and creating opportunities for physicists and other clinical staff to engage in graduate education and resident training programs. His research interests are in the areas of radiation treatment planning, imaging analysis, and optimization of clinical operations. Dr. Cao has an appointment of assistant professor in Hofstra University's School of Medicine and is adjunct associate professor in the Department of Physics and Astronomy.

Northwell Department of Radiation Medicine Chair, Louis Potters, MD, FACR, FASTRO
Dr. Potters received a BS from Emory University and his MD from the University of Medicine and Dentistry of New Jersey. He is board certified in internal medicine and radiation oncology.

Dr. Potters served as an associate professor of radiation oncology at Memorial Sloan Kettering Cancer Center and then as medical director of the New York Prostate Institute. He then came to Northwell where he is professor and chair of the Department of Radiation Medicine for the Northwell Health and Hofstra/Northwell School of Medicine. He is also the co-executive director for the Northwell Cancer Institute. Additionally, Dr. Potters is chair of the executive committee of the Northwell Medical Group. Dr. Potters is an internationally renowned expert in the treatment of prostate cancer including research with over 100 publications, book chapters, editorials, and letters.

Dr. Potters is a consultant to the U.S. Nuclear Regulatory Commission, a reviewer for the Agency for Healthcare Research and Quality (AHRQ), is a member of the executive committee of the Commission on Cancer, has served on several panels at the National Quality Forum (NQF), and has served on several national committees of the U.S. Department of Health and Human Services. Dr. Potters in on the editorial boards of the journals Oncology, Brachytherapy, and Practical Radiation Oncology. 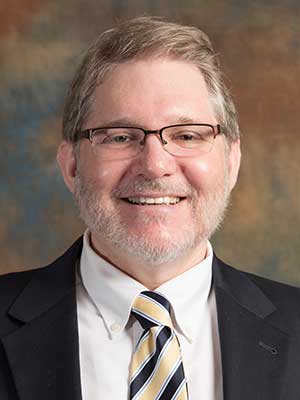 Dean of the Hofstra College of Liberal Arts and Sciences, Benjamin Rifkin, PhD
Dr. Benjamin Rifkin is dean of the College of Liberal Arts and Sciences and professor of Russian at Hofstra University in Hempstead, New York. His teaching and research interests lie in foreign language education, applied linguistics, second language acquisition, and contemporary Russian film. He has taught courses on Russian literature, film, applied linguistics, and methods of teaching foreign languages, including graduate and first-year seminars, as well as Russian language courses from first- through fifth-year Russian. Rifkin has published over two dozen articles in peer-reviewed journals both in the USA and Russia, as well as chapters in edited volumes on these topics. He is the author or co-author of textbooks for Russian studies including Advanced Russian through History (Yale University Press), and Panorama: Intermediate Russian Language and Culture (Georgetown U. Press). Rifkin was the leader of the RAILS (Russian Advanced Interactive Listening Series) project at the University of Wisconsin-Madison, funded by a grant from the U.S. Department of Education. He has served on the editorial board of the Slavic & East European Journal, the Russian Language Journal, the NECTFL Review, and the Foreign Language Annals. He has also served on the boards of directors of the American Association of Teachers of Slavic and East European Languages (and served as president of the association), the American Council of Teachers of Russian, the Northeast Conference (on Language Teaching), the American Council on the Teaching of Foreign Languages, and the NJ Council for the Humanities. He has been recognized by awards for scholarship (AATSEEL), teaching and advising (University of Wisconsin-Madison), and service (AATSEEL, ACTR, Middlebury College).