New York, New York. The Big Apple. The City that Never Sleeps. Gotham. The Naked City...Iconic names to describe an iconic metropolis, a city of myth and legend, where dreams rise as high as skyscrapers and can fall just as far. Yet beyond the silhouetted skyline is a place where New Yorkers actually live, work, love, struggle, and survive.

These photographs from the Hofstra University Museum of Art collection capture New York City in its infinite complexity and variety, not only celebrating the city's iconic architecture, but reveling in its everyday streets and signage, authentic faces, and dynamic street scenes. The black-and-white images were made over a span of 75 years, from 1932 to 2008, yet are unified through the use of monochrome, creating connections between disparate decades. While the photographers are not all native New Yorkers, they are inheritors of this miraculous city, dedicated to seeking its intricacies, grandeur, joy, and hardships. Their distinct visions unfold in New York's ever-changing landscape, chronicling a city that reinvents itself on a daily basis. 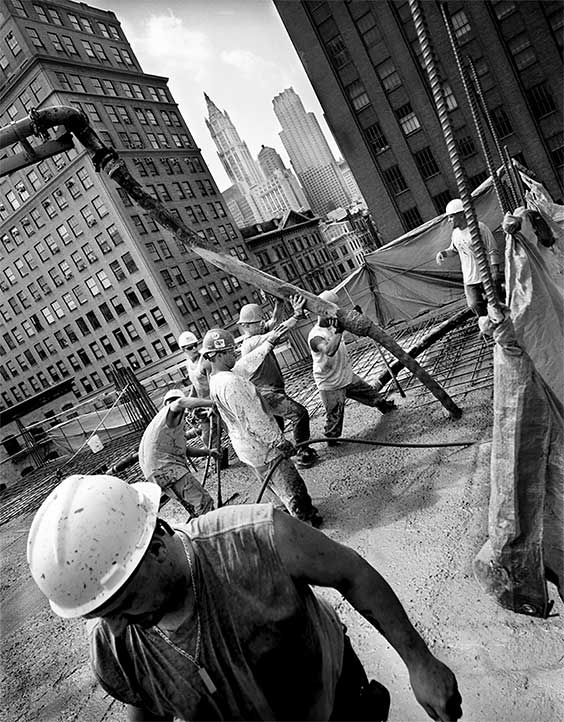 Please click through this album to view a sample of featured works.

Join us in celebrating the opening of New York, New York: Photographs from the Collection and Off the Press.

Join Susannah Ray, guest curator of New York, New York: Photographs from the Collection, for a curator-led tour of the exhibition. She will share her insights and thoughts about the photographs she selected.

This program highlights a selection of photographs of New York City throughout the 20th century from the 1930s to 2000s, focusing on the built environment including images of architecture and transportation – program recorded November 12, 2021

For more information or to register for Museum events please call (516) 463-5672 or see our event calendar.