Dr. Susan Poser is the ninth president of Hofstra University. She assumed the office of the president on August 1, 2021.

During her first year, Dr. Poser has focused on strategies for growing and strengthening academic programs, enhancing outreach and recruiting, and further diversifying the faculty. She has strengthened community and local outreach, creating ties between the University and the surrounding neighborhoods, the Village of Hempstead, the Town of Hempstead and the state. Under her direction, the university community undertook a campus-wide initiative to understand stakeholders’ perspectives about the University as it exists today and what should be its long-term ambitions. Dr. Poser has traveled the country meeting alumni, gathering input as she sets the course for the next era in Hofstra’s history. 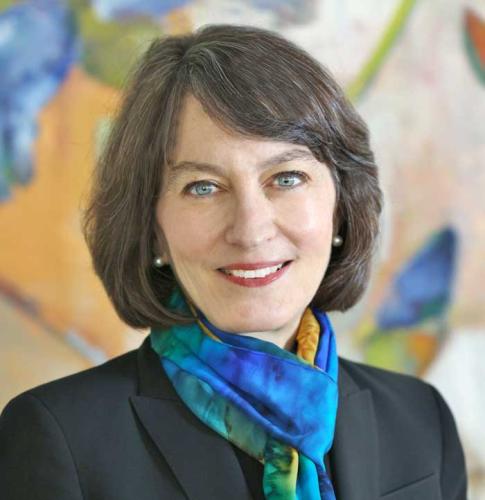 Prior to joining Hofstra, Dr. Poser served for five and a half years as the provost and vice chancellor for academic affairs at the University of Illinois Chicago (UIC), a Carnegie Research One university with over 33,000 students. At UIC, Dr. Poser’s major accomplishments included UIC’s 2019 acquisition of Chicago’s John Marshall Law School, creating the first and only public law school in Chicago. Another major focus was the creation of several initiatives to support faculty and enhance diversity, including establishing pipeline programs for underrepresented faculty; starting the Faculty Administrator Leadership Program to mentor faculty; and creating a new Center for Teaching Excellence. She also played a key role in creating two new cultural centers on campus – one focused on Arab American students and another on students with disabilities.

Prior to becoming Provost at UIC, Dr. Poser served in several positions at the University of Nebraska. She was the Dean of the College of Law from 2010-2016, the Associate to the Chancellor from 2007-2010, and a law professor for over 15 years. While she was dean, the College of Law moved up 35 points in the U.S. News & World Report rankings, annual giving to the school increased, and she fundraised $23 million. Dr. Poser grew up in New York City and majored in Ancient Greek at Swarthmore College, graduating with honors. She earned a JD and a PhD from the University of California, Berkeley. Before beginning her academic career, Dr. Poser clerked for the Honorable Dolores K. Sloviter, the Chief Judge of the U.S. Court of Appeals for the Third Circuit in Philadelphia, and served as the Zicklin Fellow in Ethics at the Wharton School at the University of Pennsylvania.

Dr. Poser has a history of institutional service and regional leadership, including an appointment to Chicago Mayor Rahm Emanuel’s delegation to Israel. Her board service, past and present, includes the International Women’s Forum (Chicago chapter), the Nebraska Humanities Foundation, the Strategic Air Command & Aerospace Space Museum (Omaha), and the ACLU (national board and Nebraska chapter).