“I am pleased to announce the appointment of Dr. Susan Poser as the next president of this great University,” said Chair Schaeffer, who also served as the chair of the search committee. “In Dr. Poser, we have found a higher education leader of exceptional experience, a collaborative and visionary person, and a scholar of great depth and intellect. Dr. Poser’s leadership skills make her well prepared to succeed President Stuart Rabinowitz, whose extraordinary service has led to years of growth and development for Hofstra University.”

Dr. Poser has, for the past five years, served as the provost and vice chancellor for Academic Affairs at the University of Illinois Chicago (UIC), a Carnegie Research One university with 16 colleges, including seven health sciences colleges, and over 35,000 students. Ten college deans and the university librarian report directly to her. Her office oversees enrollment management, diversity, faculty affairs, global engagement, undergraduate affairs, and academic programs assessment for all 16 colleges. 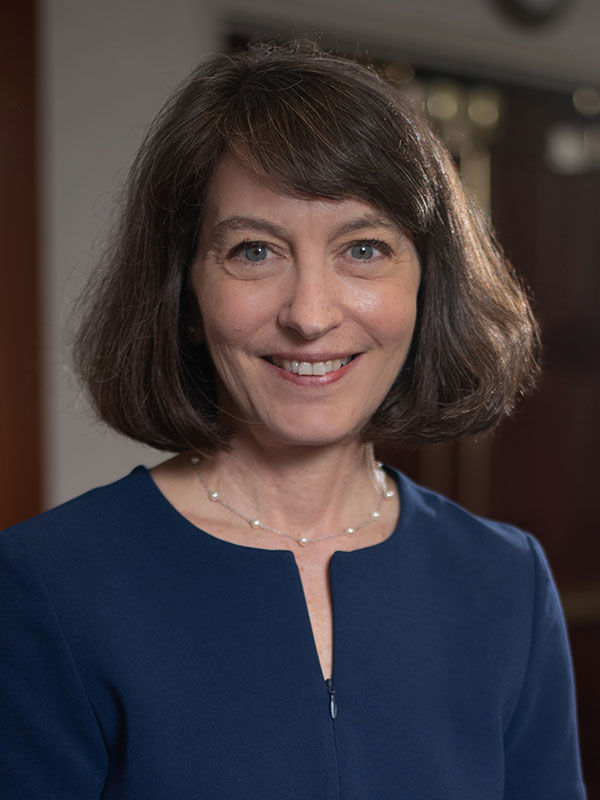 “It is a great honor to be named the ninth president of Hofstra University,” said Dr. Poser. “Over the past two decades, Hofstra has benefited from outstanding presidential, board, faculty, and alumni leadership, creating an excellent platform to meet the challenges of higher education in the post-pandemic world.  I am looking forward to joining the Hofstra community and building on this legacy for years to come.”

"It is a great honor to be named the ninth president of Hofstra University."
- Dr. Susan Poser

At UIC, Dr. Poser’s major accomplishments include the 2019 acquisition of the John Marshall Law School, creating the first and only public law school in Chicago. Another major focus was the creation of several initiatives to support faculty and enhance diversity, including establishing pipelines for underrepresented faculty; running a bridge program to move underrepresented postdoctoral fellows to faculty positions; creating the Faculty Administrator Leadership Program to mentor faculty; and recently starting up a new Center for Teaching Excellence with a special focus on supporting inclusive classrooms. She also played a key role in creating two new cultural centers on campus – one focused on Arab American students and another focused on students with disabilities. An advocate of interdisciplinary work, Dr. Poser has created regular forums for faculty from across the disciplines to meet and share research in order to generate interdisciplinary research and scholarship.

Dr. Poser’s work supporting a data-driven student success initiative using innovative approaches has led to increases in student retention and graduation rates. Under her leadership, UIC developed a multifaceted Student Success Initiative, which enhanced first-year and first-gen programming for undergraduates as well as promoting college completion. As the Principal Investigator on a $1 million grant from the Andrew J. Mellon Foundation, she created the Engaged Humanities Initiative at UIC, an undergraduate program where students work with faculty to connect the humanities to their own lived experiences.

Dr. Poser, who will be the University’s first female president, joins Hofstra at an auspicious time in the institution’s history, as the past two decades have seen innovative growth in new programs, enhancing an already strong foundation. Under the leadership of President Rabinowitz, the University partnered with Northwell Health, New York state’s largest health care system, on the establishment of the Zucker School of Medicine at Hofstra/Northwell, whose innovative and cutting-edge curricular approach to medical education has been noted nationwide. The partnership expanded to include the Hofstra Northwell School of Nursing and Physician Assistant Studies which, after its origins offering graduate programs for nurse practitioners, is in the process of recruiting its first undergraduate nursing class, beginning in the fall of 2021.

Recognizing the need for new academic programs and strengths while building on Hofstra’s well-established programs in the liberal arts and sciences, law, business, and communication, other new schools were established, including the DeMatteis School of Engineering and Applied Science, the School of Health Professions and Human Services, and the Kalikow School of Government, Public Policy and International Affairs. The University became the only college to host three consecutive U.S. presidential debates (in 2008, 2012, and 2016) and established unique programs such as the National Center for Suburban Studies at Hofstra University® and the international prize, the Guru Nanak Interfaith Prize. The Institute of Innovation and Entrepreneurship has become a model partner with local government and businesses, hosting programs for underrepresented entrepreneurs, veterans, and one of the largest student venture challenges in the U.S. Hofstra has expanded its global reach with a partnership with INTO and a singular joint degree program in business with Dongbei University in China.

"In Dr. Poser, we have found a higher education leader of exceptional experience, a collaborative and visionary person, and a scholar of great depth and intellect."
– Donald M. Schaeffer, Chair, Hofstra University Board of Trustees

Through all this innovative growth, the University has enhanced its financial foundation. Through strong fundraising and investment management, the institution’s endowment grew from approximately $100 million to more than $700 million since 2001. Benefiting from the strengthened financial condition, the University has an A2 debt rating from Moody’s, which reflects two upgrades since 2001 and an A rating from Standard & Poor’s. As one of the region’s largest employers, Hofstra University’s annual impact on the regional economy is estimated to be greater than $1 billion.

And during this same period, the academic credentials of the University’s undergraduate have increased dramatically, including a significant average increase on submitted SAT scores, a more than doubling of top 10% of high school class admissions, and significant increases in average high school GPA and numbers of students from outside New York state. 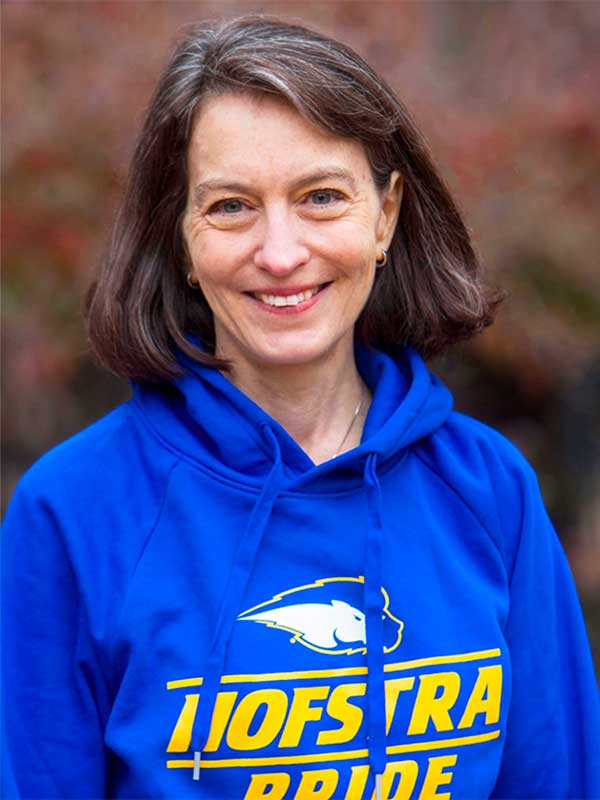 Prior to her position at UIC, Dr. Poser was a professor of law at the University of Nebraska College of Law, where she served as the dean from 2010-2016, and as the associate to the University’s Chancellor from 2007-2010. While she was dean, the College of Law moved up 35 points in U.S. News rankings and annual giving to the school increased significantly. She also formed the 2044 Alumni Board of Advisors, to make recommendations about diversity in admissions and culture at the law school.

Dr. Poser grew up in New York City and majored in classics at Swarthmore College, graduating with honors. She earned a JD and a PhD from the University of California, Berkeley. Before beginning her academic career, Dr. Poser clerked for the Honorable Dolores K. Sloviter, the Chief Judge of the U.S. Court of Appeals for the Third Circuit in Philadelphia, and served as the Zicklin Fellow in Ethics at the Wharton School at the University of Pennsylvania. Dr. Poser’s scholarly work is primarily in the areas of legal ethics and tort law and she has published widely, including in the Michigan Law Review and Georgetown Journal of Legal Ethics.

Dr. Poser has a history of institutional service and regional leadership, including an appointment to Mayor Rahm Emanuel’s delegation to Israel. A member of the Economic Club of Chicago, her board service, past and present, includes the International Women’s Forum (Chicago chapter), the Nebraska Humanities Foundation, the Strategic Air & Space Museum (Omaha) and the ACLU (national board and Nebraska chapter). In Nebraska, she served as the Reporter for adoption of the Model Rules of Professional Conduct by the Nebraska Supreme Court, and received the Shining Light Award from the Nebraska Bar Foundation for this work. She is a member of several bar associations and has served in leadership positions for the Association of Public & Land Grant Universities and the Association of American Law Schools.

Dr. Poser is married to Dr. Stephen DiMagno, an organic and medicinal chemist. They have two daughters in their 20s. Dr. Poser is an avid swimmer and plays classical piano.

“It will be a privilege to work with the Hofstra faculty, who provide an outstanding liberal arts education and a wide array of graduate and professional degrees that lead to satisfying and successful careers for Hofstra graduates,” said Dr. Poser. “I’m looking forward to working on the Hofstra campus, with its state-of-the-art facilities and arboretum, and as a native New Yorker, this will be a very happy homecoming.”

Dr. George Giuliani, a member of the search committee and the University’s Speaker of the Faculty, said, “It was important to the faculty that Hofstra select a president who was first and foremost an educator,  together with a strong commitment to student success, a demonstrated record of fundraising, and proven fiscal discipline. In Dr. Poser, Hofstra found the mix of qualities we were seeking.”

“I was pleased to represent Hofstra University students and to play a role in this important search. It was a good opportunity to work with our trustees and faculty and ensure that students' voices were heard during the selection of Hofstra’s next president,” said Tara Stark, Student Government Association president.

Dr. Poser’s appointment was announced after a comprehensive, yearlong national search. The 13-member search committee, which solicited feedback from the University community during the spring and early summer, included members of the Board of Trustees as well as representatives from the faculty and student body. More than 270 candidates of diverse backgrounds and experiences were considered throughout the search process.

“I want to thank the search committee for their dedication and service,” said Chair Schaeffer. “The members of this committee met for the better part of a year, spending a significant amount of time, to ensure the right person was chosen to lead this great University. This was an arduous process that required significant time and attention, and each member undertook the job with dedication and a collaborative commitment to find Hofstra’s next leader.”