Peter S. Kalikow Center for the Study of the American Presidency 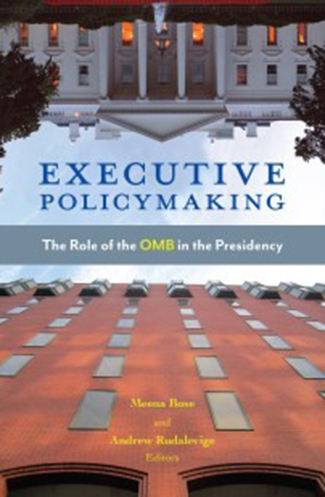 The Peter S. Kalikow Center for the Study of the American Presidency has produced numerous publications. Most recently, Executive Policymaking: The Role of the OMB in the Presidency, eds. Meena Bose and Andrew Rudalevige (Washington, D.C.: The Brookings Institution, 2020) was developed from an April 2019 Kalikow Center symposium at Hofstra.

To view the volumes, click on the following cover images.

The Kalikow Center also has published one edited volume with Texas A&M University (TAMU) Press and two edited volumes with Nova Science Publishers of selected proceedings from Hofstra’s eleventh presidential conference, “William Jefferson Clinton: The ‘New Democrat’ From Hope.”  The first volume is available to order from TAMU Press (https://www.tamupress.com/book/9781603446600/the-clinton-presidency-and-the-constitutional-system/ ).  To view the second and third volumes, click on the following cover images.

Previously, the Kalikow Center published four edited volumes, each marking an historic moment in its research and development. The first, From Votes to Victory: Winning and Governing the White House in the Twenty-First Century, represents the scholarly work of the center’s first symposium in 2008. The second, President or King? Evaluating the Expansion of Executive Power from Abraham Lincoln to George W. Bush, memorializes the results of a symposium in 2009 that was the first to include the Center’s former Senior Presidential Fellows, 2004 Democratic Presidential candidate Howard B. Dean III and Republican strategist and former White House advisor Edward J. Rollins.

In 2014, the Kalikow Center published two volumes: U.S. Presidential Leadership at the UN, 1945 to Present, which represents the work of a symposium hosted by the Center in October 2010; and Change in the White House? Comparing the Presidencies of George W. Bush and Barack Obama, which is the result of a symposium held at Hofstra in April 2012.