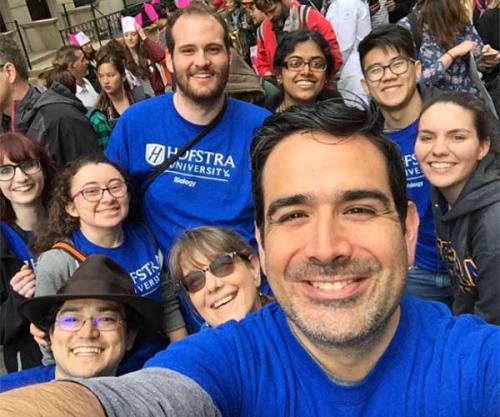 As a little boy in Venezuela, Javier Izquierdo would sit with his aunt – a biologist and teacher - reading Ciencia Para Niños (Science for Kids) articles from the weekly newspaper. What started as a way to feed an inherent curiosity has since become a lifelong commitment to research and the development of aspiring scientists.

Dr. Javier Izquierdo, Ph.D., assistant professor of biology, is a microbiologist on a mission - to understand and improve local plant health   and produce sustainable biofuels from agricultural wastes. He teaches undergraduate and graduate courses in biology, and his work is focused on exploring the metabolic diversity and application of microbial processes. He uses cross-disciplinary approaches that incorporate microbiological, ecological, evolutionary, molecular and genomic techniques to understand the contributions of plant microbiomes to the health of their host and discover new microbial processes for the sustainable production of biofuels and bioproducts.

"Long Island has a broad, diverse set of environments. We have an opportunity to solve real problems here," Dr. Izquierdo says. That opportunity extends to the students who work beside Izquierdo in the lab to conduct research and make discoveries.

"It's important to me to impart my excitement and curiosity for biology on my students." Dr. Izquierdo said.

"Long Island has a broad, diverse set of environments. We have an opportunity to solve real problems here."
-Javier Izquierdo, Ph.D.

With the flick of a guitar string or a nod to popular culture, that's exactly what he does.

It's not unusual to find Izquierdo, who plays a number of instruments, performing a song he's written about biological concepts. And he'll often compare science discovery to the Harry Potter series or "Game of Thrones." Take how the structure of DNA was proposed, for example: a story full of intrigue and drama with a breadth of interesting characters making discoveries all over the world.

Throughout his college years and graduate school, Dr. Izquierdo was inspired by professors who were able to effectively communicate scientific theories and concepts to a class. Whether as an assistant in a lab or filling in for an instructor, he began to seek out teaching opportunities wherever he could.

It was through those experiences that he began to realize research would not be enough. He needed to teach.

After earning his Bachelor of Science in Biology from Case Western Reserve University, Dr. Izquierdo returned to Venezuela to work in environmental consulting. He eventually came back to the U.S. to pursue a Ph.D. in Microbiology from the University of Massachusetts Amherst.

Before coming to Hofstra, he worked as a research scientist for the Department of Energy-funded BioEnergy Science Center at Dartmouth College and North Carolina State University. There he investigated the diversity and physiology of thermophillic microbes able to convert cellulose to fuels and chemicals. He was also active in the industrial sector as bioenergy program manager at the Center for Agricultural and Environmental Biotechnology at RTI International in North Carolina. 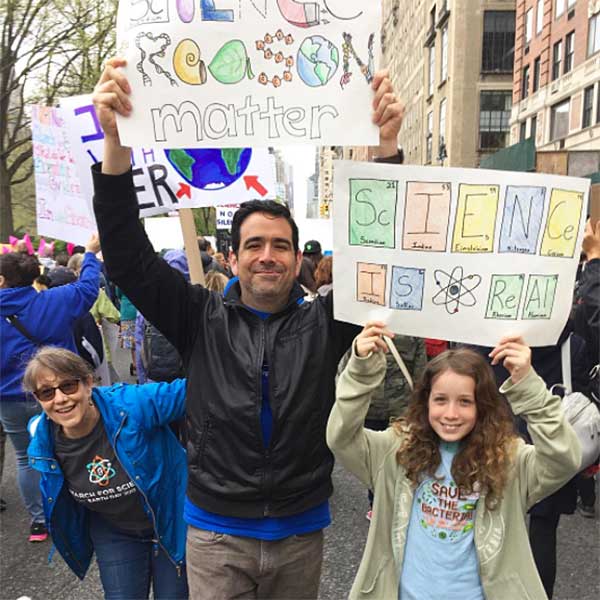 "I’m always amazed as to how ready for a challenge my students are. On a day-to-day basis, they change my world. They bring new perspectives. They bring this idea that everything is possible."
-Javier Izquierdo, Ph.D.

He has since been published in number of research journals including Applied and Environmental Microbiology, Microbial Ecology, Biotechnology for Biofuels, Soil Biology and Biochemistry, and BMC Microbiology.