The Division of Student Affairs embraces its core values and advances the Hofstra University mission and goals by working together to intentionally create a vibrant, healthy, and secure learning environment – where personal responsibility and positive action lead to thriving and success.

The Division of Student Affairs will be nimble, proactive, and model best and next practices. We will be responsive catalysts who embrace positive change, integrity, inclusion, and advocacy.

The Division of Student Affairs will be nimble, proactive, and model best and next practices. We will be responsive catalysts who embrace positive change, integrity, inclusion, and advocacy.

We will collaborate with our students, colleagues, and families to nurture fun, pride, and a lasting relationship with Hofstra. Students will be welcomed into a tradition-filled campus where they feel at home and commit to being part of The Pride.

As they grow in confidence and self-sufficiency, Hofstra students will embody joy, wisdom, and kindness. They will graduate with a dedication to life-long learning, a commitment to positively impacting the lives of others, and a passion for realizing their full potential and purpose. 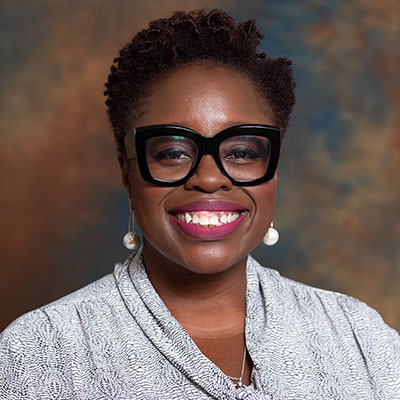 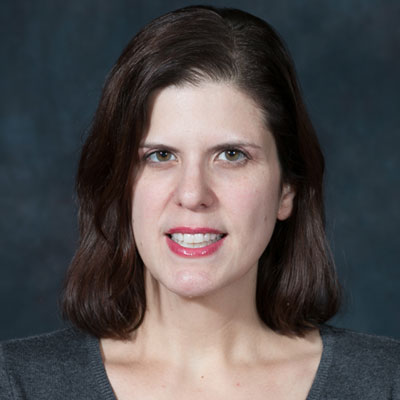 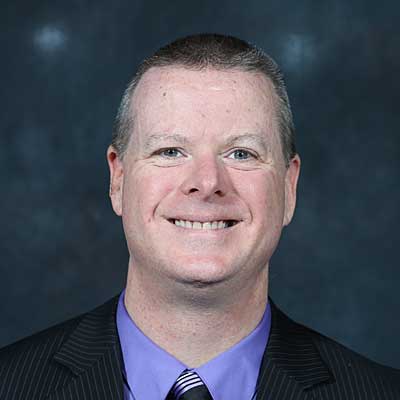 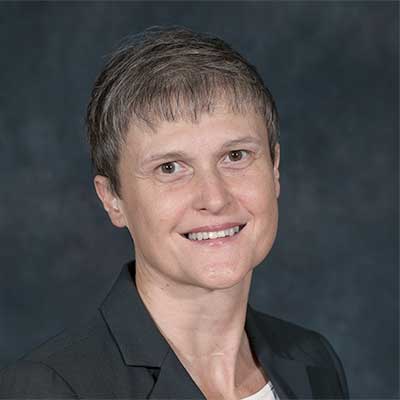 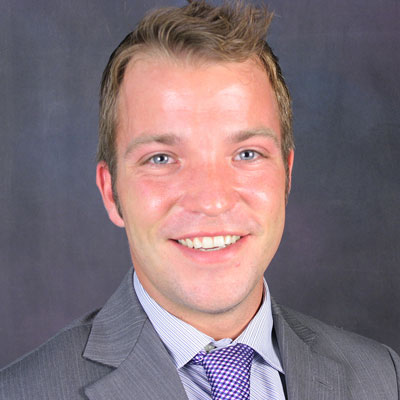 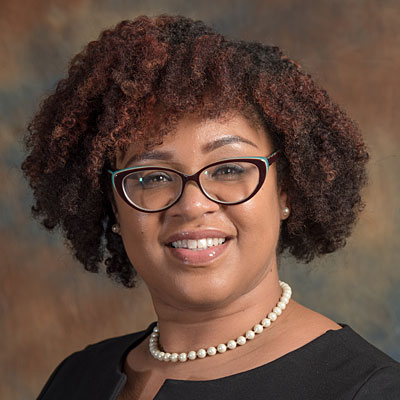 W. Houston Dougharty is vice president for student affairs at Hofstra University. He holds degrees from the University of Puget Sound (WA), Western Washington University, and the University of California-Santa Barbara (UCSB). Before coming to Hofstra in 2014, he was a college admissions director for a dozen years, associate dean of students at Iowa State University, associate dean and acting dean at his undergraduate alma mater (Puget Sound), dean of students at Lewis & Clark College (OR), and vice president at Grinnell College (IA).

He received the Outstanding Senior Student Affairs Officer award from NASPA Region IV-East in 2013 and the Distinguished Service to the Profession award from the Iowa Student Personnel Association in 2011. In 2018 he was named a Pillar of the Profession by NASPA – Student Affairs Professionals in Higher Education, which is one of the highest honors NASPA bestows. In 2021 he was given the Scott Goodnight Award for Outstanding Performance as a Dean (SSAO) by NASPA Region II.

Houston is very active regionally and nationally in NASPA (Student Affairs Administrators in Higher Education) and nationally in ACPA (College Student Educators International). He currently serves NASPA as a board member of the James E Scott Academy, along with 19 other accomplished senior student affairs officers. He is a frequently invited speaker at conferences and at schools and colleges and has taught at UCSB, Drake University (IA), and Hofstra. He has been cited in numerous publications (e.g., New York Times, Chronicle of Higher education, Seattle Times, USA Today, NASPA Leadership Exchange) and is published in a number of books, including: Linking Theory to Practice: Case Studies with College Students (2000, 2012), The Advocate College Guide (2006), Maybe I Should . . . : Case Studies on Ethics for Student Affairs Professionals (2009), and Executive Transitions in Student Affairs (2014).

He lives near Hofstra with his family – Kimberly and their son, Fen. Their daughter, Allie, is a graduate student at Tulane University (LA). Houston is a native of Santa Fe, NM, is a proud Seattle Seahawk season ticket holder, and sees as much theatre in the city as he can (often with Hofstra students)!

I am thrilled to be at Hofstra University serving as Assistant Vice President and Dean of Students. I am a graduate of Uniondale High School, and went on to earn my BA in English, an MA in Secondary Education/Language Arts and a doctorate in Educational Leadership Studies/Higher Education Administration – all from West Virginia University.

My work has been guided by my desire to forge multidisciplinary partnerships, both on and off-campus, that create leadership opportunities and support student success and social mobility. There is so much smart talent and enthusiasm toward creating an amazing student experience for all students at Hofstra, it is contagious. I always look to collaborate across the campus to meet students’ needs and provide a safe, diverse, and inclusive college experience.”

I started working with the Division of Student Affairs at Hofstra University in January, 2013. Prior to joining the Division of Student Affairs at Hofstra, I was an executive administrative assistant to the CFO of glaceau vitaminwater®, a subsidiary of The Coca-Cola Company. I was there for 10 years. Prior to glaceau, I worked for two companies in Manhattan, LEXIS NEXIS and Putnam Lovell, an investment banking firm, totaling 5 years between the two.

As an administrative assistant to the Vice President of Student Affairs, I interact with students via email, by phone or in person. Whenever a student wants to see the VP, they most likely will be scheduling a time through me. As I am the “calendar juggler goddess!” Also, either through pop-ins or scheduled appointments, I am the greeter for the VP’s office.

I started my college career down the block at Nassau Community College, where I earned my associate’s degree. I have a bachelor’s degree from S.U.N.Y. at Geneseo in elementary and special education with a minor in psychology. I also attended Gallaudet University in Washington, DC for one year of a two-year master’s in social work program but decided to enter the workforce. I later went back to NCC to get a certificate in Paralegal Studies.

I live in East Northport with my husband Mike, our beautiful, energetic sons Ryan and Mason, and our rescue dog, Dexter.

Mr. Devlin has over 20 years of Information Technology and Management experience. Starting with United Parcel Service in the 90’s, Mr. Devlin made the leap from a purely Management position to a regional Information Services position. After earning certificates from Hofstra University’s College for Continuing Education, Mr. Devlin transitioned to an Information Technology consulting position with A. James de Bruin & Sons where he honed his skills as a database applications developer. From those experiences, Mr. Devlin earned his current position as the Coordinator of Information Systems for the Division of Student Affairs at Hofstra University.

I am honored to have been serving Hofstra students and their families since 2007. Before coming to Hofstra's Division of Student Affairs, I was the assistant director of academic affairs and special programs at Columbia University. I am convinced that families are our essential partners as we guide students in their academic and personal growth.

I welcome calls and emails from family members of Hofstra students. No question is too small or unimportant. We also welcome Hofstra students' input and involvement in the programming for the family events, such as sibling's day, parent orientation and family weekend. Just email me at parents[at]hofstra.edu or call 516-463-7055.

The international and first-generation students hold a special place in my heart, since I was one, too. I invite any student or family member to come by my office for a cup of tea or coffee or just to chat. We will probably talk about Jones Beach, my favorite place in the world, and I will show you my shell collection. Another reason to come: on my walls, you will see some magnificent archival prints from Hofstra's history.

Colin joined Hofstra in 2012 as Assistant Director of Public Relations. Since then he has grown into the role of Director of Communications for Student Affairs. Colin received his Bachelor’s degree in Public Relation in 2009 from Hofstra University and was a member of the inaugural class for Hofstra’s Public Relation Masters Program in May of 2015. Colin has tons of Hofstra PRIDE, being double alum and now an administrator at the University.

Before Hofstra, Colin worked at a Strategic Marketing firm in Brooklyn, and most recently worked in development and marketing for a daycare agency the operates throughout Long Island and Queens. Colin brings his passion and energy with him to his role at Hofstra and is eager to assist students in becoming more aware and engaged members of the Hofstra community.

My name is Nikki Hancock-Nicholson and I am very excited to be a member of the Student Affairs team. I come to Hofstra by way of CUNY, I've worked in Higher Education since 2004 and have held several positions in Academic Affairs. I am very fortunate to have spent my professional career helping students meet their personal and academic goals. As the Coordinator for Student Success and Student Affairs Operations I will continue to ensure that the students' academic achievements are met by working closely with my Student Success Collaborative team. I earned a bachelor's degree in Government and a master's degree in Public Administration specializing in management and operations at John Jay College of Criminal Justice. My family and I live in Suffolk County. I'm a TV junkie and love all things Game of Thrones. "Winter is Coming"

In September of 2021, Michelle Van-Ess Grant was named the Assistant Vice President of Student Affairs and Dean of Students at Hofstra University. Van-Ess Grant has worked in higher education for more than fifteen years. Van-Ess Grant received her bachelor's degree in Communication/ Broadcasting from Fairleigh Dickinson University, Metropolitan Campus and her master's degree in Student Affairs from New York University Steinhardt School of Culture, Education, and Human Development. Michelle is currently a doctoral student at Northeastern University researching the lived experience of Black employees at predominately white institutions (PWI).

Michelle comes from a very tight knit family. She is the eldest daughter of four children raised by Ghanaian parents. She spent her formative years in Queens. Michelle now resides in Hempstead, Long Island with her husband Jamel and son Jamel Jr. (JJ)

In her spare time, she loves traveling, entertaining, all things Trader Joes, spending time with her family and volunteering with her sorority, Zeta Phi Beta Sorority, Inc.

“It’s important for us to join our Student Affairs Division colleagues in meeting students and getting to know about their successes and challenges at Hofstra,” said Dougharty. “Knowing and supporting students is what drew each of us to this profession and we hope these office hours will expand our opportunity to meet students, and allow them to be heard and understand how much we care about them. Not to mention the jelly beans and snacks that await.”

If you have any questions you can reach out to studentaffairs@hofstra.edu