Understanding religions and the diversity of people’s beliefs and practices is crucial for comprehending global realities, learning to bridge differences, and succeeding in any career path.  If you choose to major in religion at Hofstra University, you will learn to think critically about life's big questions and religions’ impact on everyday life, as you prepare for a vibrant career in health care, law, international business, journalism, nonprofits, the arts, or other professions. Hofstra's religion program pairs academic study with real-world application to your chosen professional path.

Located just 25 miles east of New York City, Hofstra offers access to internships and cultural experiences at some of the region's most dynamic organizations and landmark institutions. 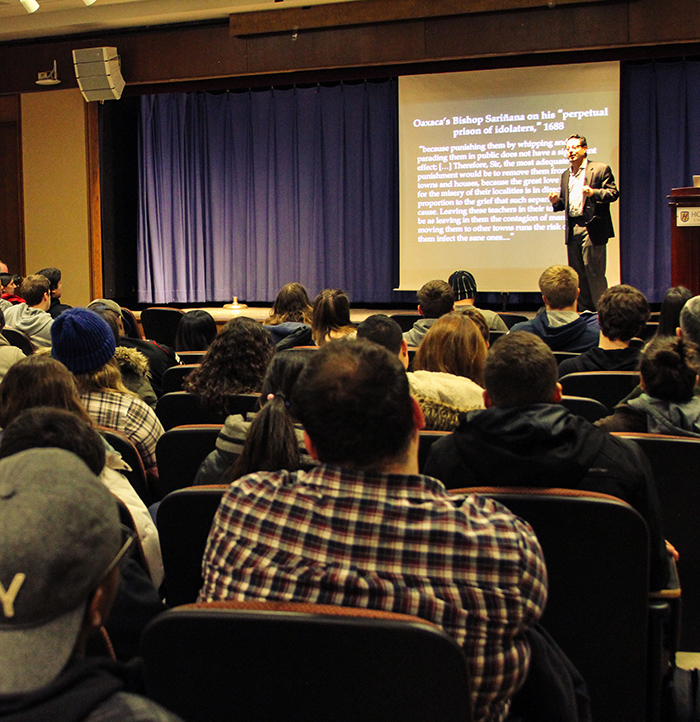 In addition to the religion major, the department offers a major in Jewish studies.

Department classes range from treating particular religious traditions such as Judaism or Buddhism, to looking at atheism and the "spiritual but not religious” phenomenon, to topical courses on religion and medicine, religion and law, or the history of yoga.

In addition there are popular classes such as Antisemitism and Islamophobia, Demonology, and Avatar, about the animated series and its deep exploration of religious themes.  You can also do a religion concentration within other majors in the School of Health Professions and Human Services or the Kalikow School of Government, Public Policy and International Affairs.

More about our degree programs:

BA in Religion and Contemporary Issues

A major in Religion and Contemporary Issues will allow you to develop competency in the study of religion as it relates to a variety of contemporary issues.

The program is suited for any student seeking greater comprehension of the ways religion is involved in the contemporary world, but is designed specifically for students preparing for a career in healthcare; law, public policy, and public service; the arts, or media. There are distinct pre-professional tracks in each of these general disciplinary areas. The requirements are designed to allow students to integrate course work from their primary major into their Religion major, as well as to take courses specifically focusing on the role of religion in their chosen field of study. Students may also choose Religion or Jewish Studies as their primary major, and can develop a specialization in one of these distinct tracks.

A minor in religion is also offered.

In the Jewish studies program, we survey all dimensions of Jewish life, past and present. We particularly focus on studies exploring post-Holocaust life and thought, Judaism and global politics, anti-Semitism and other racisms, Jewish history throughout the world, intercultural ties of diverse branches of Judaism, interfaith studies, Judaism and sexuality, and Jewishness and media (movies, internet, TV). A minor is also available in Jewish studies.

More about the major in Jewish Studies

Pre-Health Studies with a Religion Concentration

If you are a pre-health studies major, take religion as your social science concentration and make your medical school application stand out!

The BA in Pre-Health Studies with a concentration in the humanities or the social sciences prepares students for medical, dental, or veterinary school by requiring – within the context of a broad education in the liberal arts and sciences – the courses in the sciences and mathematics needed for admission to professional degree programs in the health sciences, as well as a concentration in one specific field within either the humanities or the social sciences. Religion may be chosen as this concentration.

Major in Public Policy and Public Service with a Concentration in Religion, Conflict and Mediation

If you are interested in the political process, policy, and public service, the major in Public Policy and Public Service combines all of those areas in one degree. You will develop a deep understanding of modern policy challenges, as well as the leadership skills to meet them. Religion, Conflict, and Mediation is one of eight concentrations offered that allow students to focus their studies in particular areas of interest.

Religion Department Chair, Dr. Julie Byrne, is also Hofstra's Msgr. Thomas J. Hartman Chair for Catholic Studies.  The study of Catholicism is interwoven into the classes she teaches, such as The Jesus Class, Religion and Race, and Religion and Media, and she speaks frequently to the media on matters of Catholicism in the news.  This position in honor of beloved Long Island priest Msgr. Tom Hartman, one half (with Rabbi Marc Gellman) of the nationally syndicated “God Squad,” was funded by hundreds of small donations by those who loved Father Tom and wanted to honor his lifelong example of interfaith cooperation and understanding.

The Sardarni Kuljit Kaur Bindra Chair in Sikh Studies is endowed by Ishar Singh Bindra and his family in honor of Mr. Bindra's wife and family matriarch, Sardarni Kuljit Kaur Bindra. The chair promotes the academic study of the Sikh religion, culture, and history. The endowment supports the appointment of a faculty member in Sikh studies, helps build the University library's holdings in Sikhism, provides scholarship assistance to students interested in Sikh religion and culture, and funds conferences and lectures directed toward the academic community as well as the general public.

Because of this chair, Hofstra is known internationally as a center for the study of Sikh religion and culture. The Bindra family also established the Guru Nanak Interfaith Prize at Hofstra, an international award that recognizes significant efforts to promote interfaith harmony.

We offer small classes that allow students to receive personalized attention and counseling that match your studies to internships and career goals.

All of the Department of Religion's faculty members are authors of published books and scholarly writings.  They are also committed to connect their scholarship with you in vibrant and exciting classroom experiences.  All are available to meet anytime to talk about classes, your interests, or just life in general. 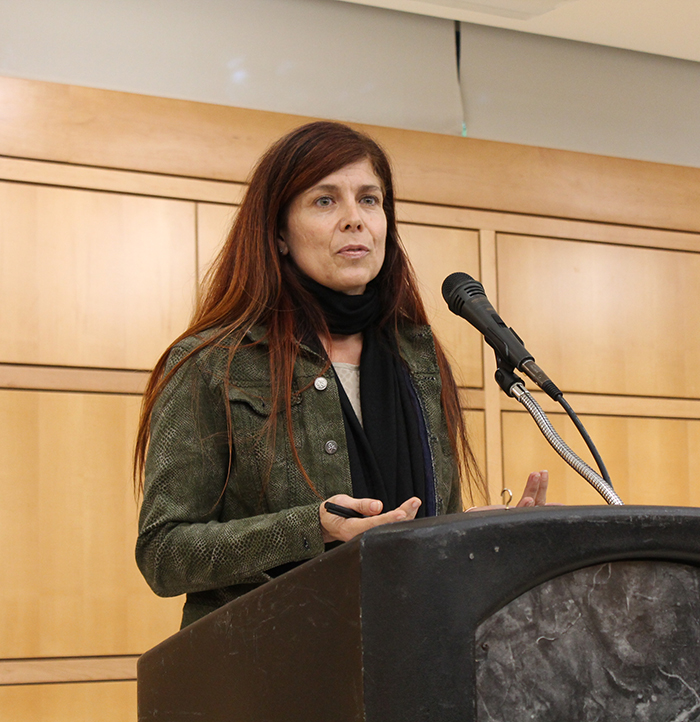 On average, 72% of students majoring in the social sciences make an internship part of their academic experience. 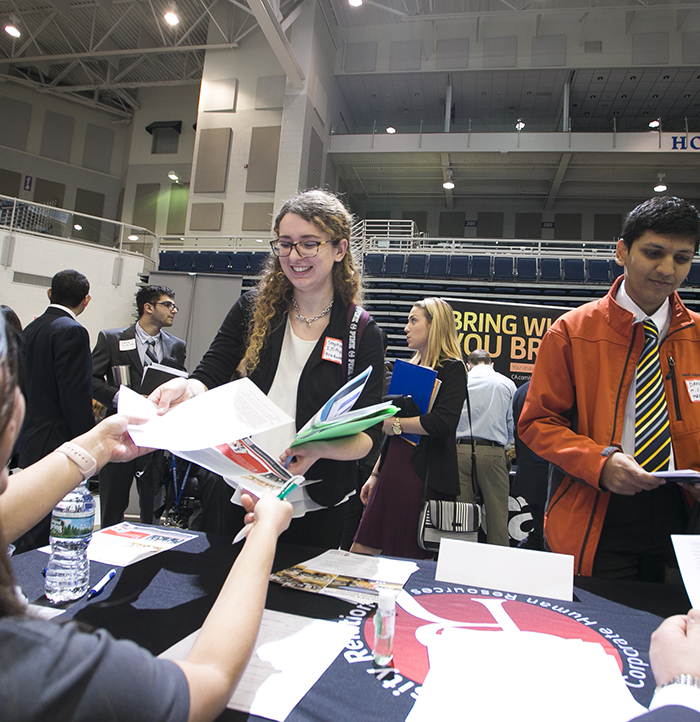 Career opportunities for religion and Jewish studies majors are limitless since you can enhance any professional path with deep knowledge of religion in culture and society.

Religion and Jewish studies majors bring their knowledge and skills into today’s professions, many of which require an acute ability to recognize one's own worldview while also working with and serving people of many different perspectives.

In the New York region, graduates with a bachelor's degree in religion/religious studies earned an average annual salary of $53,443, and job growth for this major is projected to increase 9.4% by 2026, according to New York area labor market data retrieved in July 2018 by Burning Glass Technologies.

of recent alumni responding to a survey reported they had landed employment or were attending or planning to attend graduate school within a year of graduation.

of students reporting employment responded that they had landed their positions within six months of graduation. Examples of places alumni are working include: