The Hofstra-Digital Remedy Venture Challenge is an annual entrepreneurship competition for Hofstra students administered by the Hofstra University Institute of Innovation and Entrepreneurship with total prizes valued at $75,000, made possible through the donation of a Hofstra Board Trustee and CEO of Digital Remedy, Mike Seiman. The competition is in its tenth year at Hofstra University.

We are looking for business ideas that demonstrate scalability, the identification of a unique problem, and has a qualified team in place to execute the idea. The Challenge offers a great experience and is a resume builder for any career path.

A short registration form is due March 1, 2022 and all who register can participate in the Hofstra-Digital Remedy Bootcamp, mentor sessions, and the semi-final round. 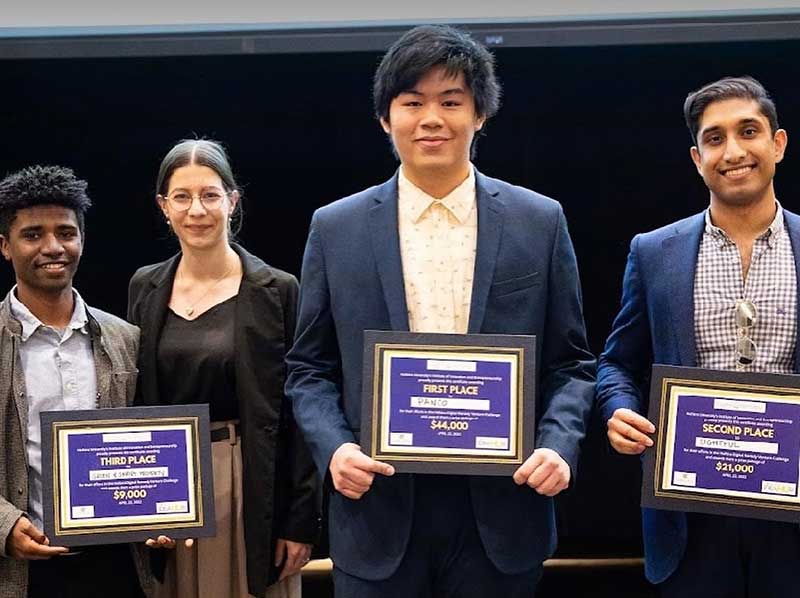 PANCO - (Nolan Quon, Mechanical Engineering, 2022)
PANCO is here to evolve the commercial Asian kitchen, making it safer, easier, and more efficient by creating an automatic wok tossing machine that can be retrofitted into any wok range.

Mike Seiman is the CEO and chairman of Digital Remedy, a digital media solutions company leading the tech-enabled marketing space, which he co-founded as an undergraduate college student at Hofstra University in the early 2000s. The company has grown quickly and is now a major player within the crowded digital advertising landscape.

Mike Seiman is the CEO & Chairman of Digital Remedy, a digital media solutions company leading the tech enabled marketing space, he co-founded as an undergraduate college student at Hofstra University in the early 2000s. The company has grown quickly and is now a major player within the crowded digital advertising landscape.

The rapid growth of Digital Remedy, formerly CPXi, led to its inclusion on Inc. Magazine’s list of fastest growing privately held advertising/marketing companies in 2008, 2009, 2010, 2014, and 2015. Mike was selected as a semi-finalist in Ernst & Young’s ‘Entrepreneur of the Year’ initiative in 2010 and 2013, and as a finalist in 2009 and 2014. He was recognized by the American Marketing Association, receiving their prestigious '4 Under 40' award in 2015 and received the SmartCEO Future 50 award in both 2015 and 2017. In his free time, Mike serves on the Board of Trustees of his alma mater, Hofstra University. He also focuses on numerous philanthropic initiatives including sitting on the boards of the H.E.S. (Hebrew Educational Society non-profit community center) and continues his long-time support of Children International, where he spearheaded the development of community centers in both Guayaquil, Ecuador in 2010 and Barranquilla, Colombia in 2014. A fan of the arts, Mike has produced a feature length film distributed by Lionsgate.