Our department recognizes the importance of internships and offers junior and senior level students with a minimum 2.5 GPA the opportunity to take up to six credits in internship. We encourage students to experience the professional workplace as they participate in our programs. We strive to provide our students with a comprehensive set of competencies, which allows them to contribute to the world of mass mediated communication.

This website has been designed to create a convenient way for students, faculty, and internship sites to access the Radio, Television, Film Department Internship Program materials. You will find forms and course materials from the program. I hope these materials are complete and easy to use. Please reach me for program instructions or if you have any questions or concerns. If you are in need of help with the internship process, please attend the required internship workshops during the semester.

What Students Are Saying

"Working as a Production and Development Intern at VH1 allowed me the incredible hands-on experience and industry insight I wanted during my internship. Viacom’s employees are all extremely helpful, friendly, and professional.”

"My internship with MSNBC’s Weekends with Alex Witt has been such an informative and exciting experience. I’ve learned the ins and outs of a live cable news broadcast while honing my research and writing skills — sometimes in the back of the shot! I could not recommend this internship more to anyone interested in broadcast news."

"Interning was a valuable experience as it allowed me access to a company that worked directly with many popular television shows and channels that I often watch and are highly regarded, such as HBO and AMC."

Confessions of an Intern

Learn about some intern experiences from the Department of Radio, Television, Film. 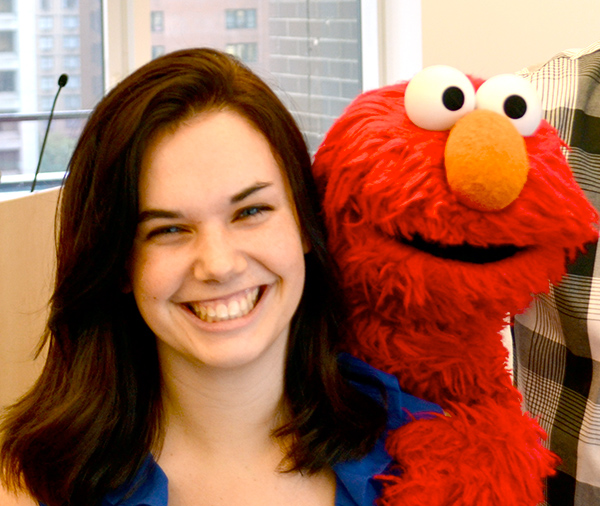 What is your current job title and what are the responsibilities of this position?
I currently work as a coordinator for the International Media Distribution department at Sesame Workshop. My main responsibilities are working with media companies abroad (such as BBC and Hulu Japan) to coordinate and deliver Sesame content as well as approve of international Muppet voice dubbing. (If you find yourself in Poland, I approved of the Polish Cookie Monster's voice!)

What internships did you have during your time at Hofstra?
My first internship was at Sesame Workshop under the show “The Electric Company.” I aided in web game and app creation that worked as supplemental content for the show.

My second internship was at PBS under WNET (NY Public Media), working as a social media intern for a crowd-sourced documentary series titled “Sacred.” I provided support in outreach both domestically and internationally as well as helped in research and development.

My third internship was at CNN under the Special Projects unit. I got the opportunity to pitch and produce my own piece for a series called “Impact Your World.” I covered a story on a passionate youth homelessness organization in New York City called Covenant House:

How did your internship impact the work you did at Hofstra?
Once I started interning, I became hyperaware of the opportunities available at Hofstra. It clicked then that there were so many invaluable resources and tools in front of me that it forced me to seize them before it was too late. My junior and senior years at Hofstra were the hardest but the most rewarding years of my college career and I have internships to thank for it because it gave me that renewed sense of direction.

What was the most valuable thing you learned during your internships?
If you learn and understand what your co-workers do, you are able to communicate and generate content more effectively. For example, I worked with producers, cameramen, and editors to create my story for CNN and did so with ease because I could speak their language.

How did your internship experience(s) help you obtain your current position and start your career path?
I stayed connected with the Sesame community while at school and was fortunate to be recommended for a position after graduation. I learned quickly through my internship experiences that I loved non-profit and children’s television, so it was a no-brainer when I learned about the position.

What advice would you give to current/future interns to make the most of their internship experiences?
Make it a goal to sit down for coffee or lunch with one person in the company that has a position you desire or is just a great person in general. I found it so nerve-racking to do, but it had amazing rewards. 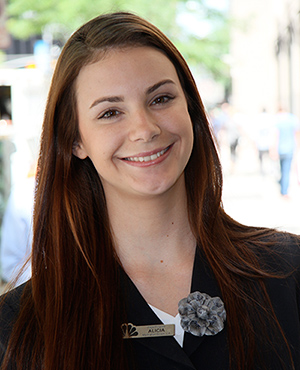 What is your current job title, and what are the responsibilities of this position?
NBC Universal East Coast Page.

A page acts as liaison between NBC Studios and the public. Some duties include ticketing, working show tapings (The Tonight Show, Late Night, SNL and The Meredith Vieira Show) and conducting tours of the NBC Studios. A page also works assignments in different departments of NBC to assist in any way the show or department needs.

What internships did you have during your time at Hofstra?
NBC News- Northeast Bureau
I independently produced MSNBC live shots; coordinating talent and crew to get on air with latest and most up to date information. I also worked with producers on live shots to air on TODAY, Nightly News with Brian Williams and MSNBC. Finally, I assisted staff on projects collecting and shooting elements, doing research and scouting locations.

FOX News Channel- Northeast Bureau
I worked with producers on live shots to air on Fox News Chanel and assisted producers on field shoots with note taking, interviewing and research.

Live! With Kelly
I acted as liaison between audience and show for ticket requests and contest winners and assisted audience coordinator with guest seating and maintenance during the show.

How did your internship impact the work you did at Hofstra?
My internships helped shaped my interests in my classes and extracurriculars at Hofstra. It also helped me to see how valuable the work I was doing in my classes was and how in turn that work made me a better intern at each place.

How did your internship experience(s) help you obtain your current position and start your career path?
My internship at NBC directly helped me get my current job as I was able to enter the intern pipeline to get my resume looked at by the Page Program and because my intern supervisor acted as a reference for my application. Otherwise, all of my internships helped me get the job because I had office and production experience that is applicable to the program.

What advice would you give to current/future interns to make the most of their internship experiences?
I would say that it is important to both ask for more responsibilities and to say yes to anything they ask you to do. You are never too good for anything, but you are there to learn something new so you have to find the balance. It’s important to ask questions and to let the people you work with know that you care about what you are doing!

Meet Hofstra alumna, Kara Koch, Class of 2007. Learn more about her experiences at Hofstra University and how they have shaped her career at Sesame Workshop.