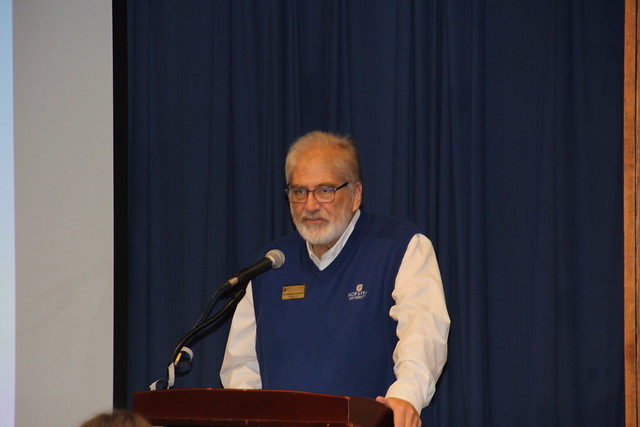 The Seeking Purpose series gives Hofstra students the unique opportunity to hear from and interact with professionals from a wide variety of fields who have created not only a career path for themselves, but also an inspiring professional journey. These accomplished individuals will share the experiences that took them from their time as undergraduates to their current vocation, including the important decisions, unexpected twists and turns, and meaningful milestones along the way. The series will encourage you as you create your own path to Pride and Purpose and motivate you to make the most out of every opportunity and experience. 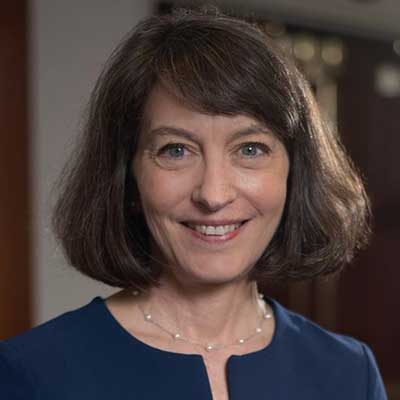 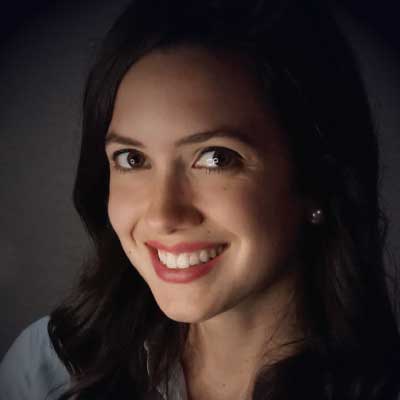 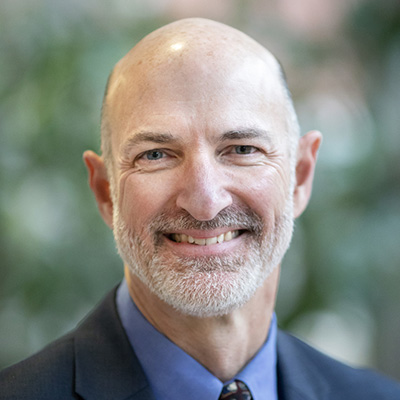 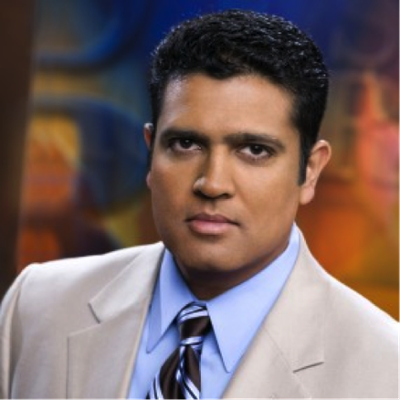 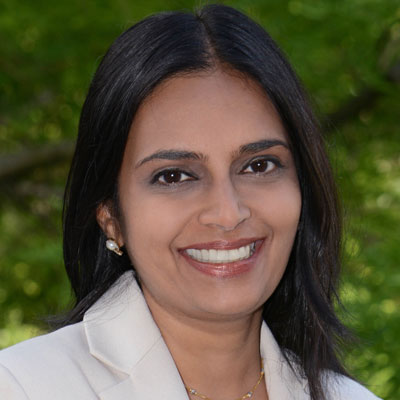 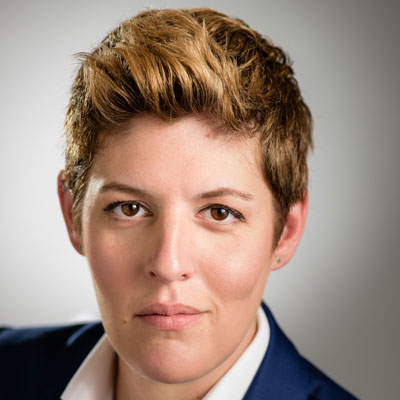 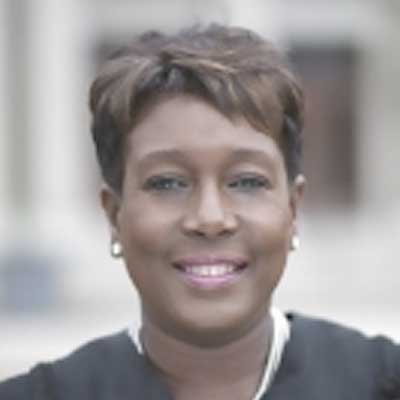 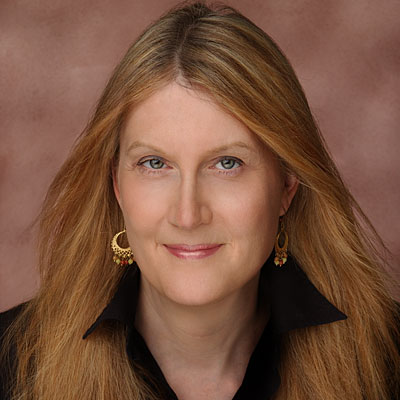 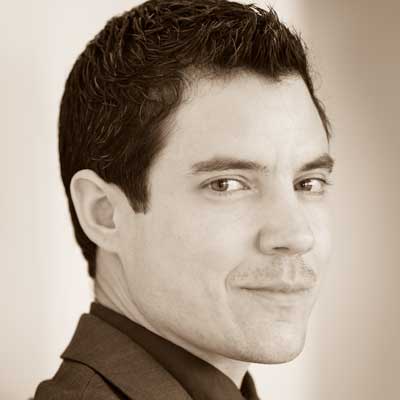 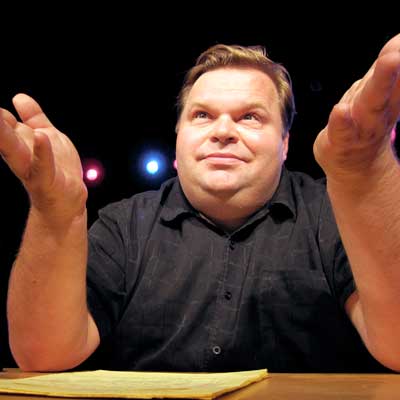 The Honorable Sharon M.J. Gianelli was elected to a fourteen-year term on the New York State Supreme Court in November 2014. Justice Gianelli is especially proud of both her immigrant roots on the Caribbean island of Saint Vincent, as well as her family home in Westbury, Long Island. She is an alumnus of Syracuse University’s School of Social Work and Brooklyn Law School. As a former social worker in the City of New York and former president of the Nassau County District Court Judge Association, Justice Gianelli’s signature work began when selected to preside over the Adolescent Diversion Part (ADP) for Nassau County – one of only nine pilot projects statewide established to combine social work and the law in the handling of adolescent misdemeanor and felony cases.

PROFESSOR JENNIFER FINNEY BOYLAN author of thirteen books, is the inaugural Anna Quindlen Writer in Residence at Barnard College of Columbia University. She also serves as the national co-chair of the Board of Directors of GLAAD, the media advocacy group for LGBT people worldwide.

She has been a contributor to the op/ed page of the New York Times since 2007; in 2013 she became Contributing Opinion Writer for the page. Jenny also serves on the Board of Trustees of the Kinsey Institute for Research on Sex, Gender, and Reproduction. Jenny also serves as Special Advisor to the President of Colby College in Maine.

She is a consultant and cast member for I AM CAIT, the docu-series about Caitlyn Jenner that debuted on the E! network in July of 2015; and also served as a consultant to the Amazon series TRANSPARENT.

She lives in New York City, and in Belgrade Lakes, Maine, with her wife, Deedie, and her two sons, Zach and Sean.

MIKE DAISEY has been called “the master storyteller” and “one of the finest solo performers of his generation” by The New York Times for his groundbreaking monologues which weave together autobiography, gonzo journalism, and unscripted performance to tell hilarious and heartbreaking stories that cut to the bone, exposing secret histories and unexpected connections. His controversial work, The Agony and the Ecstasy of Steve Jobs, was recognized as one of the year’s best theater pieces by The New York Times, Wall Street Journal, The Washington Post, Seattle Times, Seattle Weekly, San Jose Mercury News, and The San Francisco Bay Guardian. Since his first monologue in 1997, Daisey has created over fifteen monologues, including the critically-acclaimed The Last Cargo Cult, the controversial How Theater Failed America, the twenty-four-hour feat All the Hours in the Day, the unrepeatable series All Stories Are Fiction, the four-part epic Great Men of Genius, and the international sensation 21 Dog Years. Other titles include If You See Something Say Something, Barring the Unforeseen, Invincible Summer, Monopoly!, Tongues Will Wag, I Miss the Cold War, and Teching in India.

Dylan Orr, Director of the Office of Labor Standards for the City of Seattle, previously served as Chief of Staff in the Office of Disability Employment Policy at the U.S. Department of Labor. In this capacity, he contributed to the development of national disability-employment related regulations and policy, including work on historic regulations issued under Section 503 of the Rehabilitation Act. For the last five years, Orr also represented the Department of Labor’s efforts to support the implementation of the President’s National HIV/AIDS Strategy, and contributed to LGBT related policy within the federal government. Prior to this, he held various positions, including work at a civil rights law firm, a legal aid and human rights non-profit, an environmental advocacy organization, and a state department of social services as a child protective social worker. Among his volunteer pursuits, Orr was a founding member of Trans Legal Advocates of Washington (TransLAW), an organization formed to better serve the legal needs of transgender people in the Washington D.C. metropolitan area. Orr's work has been recognized through awards from the U.S. Secretary of Labor, the National Center for Transgender Equality, and the National LGBT Bar Association, among others. Most recently he was one of 34 people in the U.S. awarded a Marshall Memorial Fellowship from the German Marshall Fund of the United States. He completed his undergraduate work at Smith College and received his juris doctor from the University of Washington School of Law. Orr has the honor of being the first openly transgender person appointed to a U.S. Presidential Administration.

Jeffrey Matthews is the George F. Jewett Distinguished Professor in the School of Business and Leadership at the University of Puget Sound in Tacoma, Washington. He has published dozens of articles and three books, including The Art of Command: Military Leadership from George Washington to Colin Powell, which remains required reading at the U.S. Army’s Command and General Staff College at Fort Leavenworth, Kansas. He is a founding partner and business director of the Camouflaj game studio, headquartered in Bellevue, Washington.

Sally Kohn is one of the leading progressive voices in America today. A CNN political commentator and Daily Beast columnist, Sally is a popular keynote speaker who makes audiences laugh and think. Previously a Fox News contributor—the inspiration for her widely seen TED talk—Sally's writing has appeared in the Washington Post, New York Times, New York magazine, More magazine, RollingStone.com, Elle.com, USA Today, TIME, AFAR magazine and many other mediums. Her work has been highlighted by outlets ranging from the Colbert Report to the National Review. Sally is ranked by Mediaite as one of the 100 most influential pundits on television and by The Advocate as the 35th most influential LGBT person in the media. Though she insists that doesn't mean she's the 35th gayest LGBT person in the media (she ranks far higher on that measure).

Sally is a highly in-demand keynote speaker, with audiences including Mount Holyoke College, Spotify, the University of Kansas, Knoll, and Southern New Hampshire University. She also works as a media and public speaking coach, training hundreds of companies, organizations and individual leaders to be their most effective and impactful selves in public. Previously, Sally was senior campaign strategist with the Center for Community Change, a 45-year-old hub of grassroots organizations nationwide. She served as co-director of ideas and innovation for the Center, helping lead the pioneering Campaign for Community Values, producing a nationally televised presidential candidate forum in 2008, developing a new media organizing project on health care reform in rural communities and spearheading several other initiatives. Sally held a program fellowship at the Ford Foundation, helping to manage more than $15 million in annual grants to social justice organizations nationwide. She was also strategic advisor to the Social Justice Infrastructure Funders, a private network of 25 top program staff from some of the nation’s most prominent foundations, working to identify a shared strategy and coordinate grantmaking. Before that, Sally served as executive director of the Third Wave Foundation, the leading young women’s organization in the country. She was also a distinguished Vaid Fellow at the National Gay and Lesbian Task Force Policy Institute, where she published a groundbreaking guidebook for organizing campaigns to win domestic partnership benefits. Sally also worked as a consultant with the Urban Justice Center, publishing a report on the experiences of gay youth in the New York juvenile justice system.

She received a joint degree in law and public administration from New York University and was a Root-Tilden-Kern public service scholar at the New York University School of Law. She received her undergraduate degree from George Washington University in D.C. Originally from Allentown, Pennsylvania, Sally now resides in Brooklyn, New York, with her partner Sarah Hansen and their daughter Willa.

Hari Sreenivasan is the Anchor of PBS NewsHour Weekend and a Senior Correspondent for the nightly program. He joined the PBS NewsHour in 2009.

Prior to joining NewsHour, he has been a reporter for at CBS News, reporting for the "CBS Evening News," "The Early Show" and "CBS Sunday Morning." And an anchor and correspondent for ABC News, working extensively on the network's 24-hour digital service "ABC News Now." Sreenivasan also reported for "World News Tonight with Peter Jennings," "Nightline with Ted Koppel," and anchored the overnight program "World News Now."

Previously, he ran his own production company and freelanced as a reporter for KTVU-TV in Oakland, California. Sreenivasan served as an anchor and senior correspondent for CNET Broadcast in San Francisco and was a reporter for WNCN-TV in Raleigh, North Carolina and KAPP-TV in Yakima, Washington.

Dr. Preeti Gupta is the Director for Youth Learning and Research, is responsible for strategic planning, program development and research and evaluation for out of school time youth initiatives at the American Museum of Natural History. Her portfolio also includes leading the summer museum residency components of the newly initiated Masters of Arts in Teaching program for Earth Science teachers. Her research interests are focused on the trajectories of youth's experiences with science in and out of school settings, the role that museums play in motivation and deepening engagement with STEM and STEM careers, youth employment and workforce development and the factors that mediate how youth identify with the scientific enterprise. She also studies the role of museums in STEM teacher preparation for both formal and informal settings. She is co-PI on an NSF-funded longitudinal research study, Staying in Science, that examines pathways of 300 high school youth who work with scientists doing authentic science research with the intention of understanding how these experiences do or don't help youth persist in STEM fields. Prior to this she was serving as Senior Vice President for Education and Family Programs at the New York Hall of Science. In that role, she led the internationally replicated Science Career Ladder Program, keys initiatives in school change, teacher professional development, and family programs.

In 1999, she was selected as one of forty-two women who have contributed to the community in unique ways showcased in a photo exhibition, The Many Faces of Queens Women. In 2005, she won the Inaugural National Roy L Schafer Leading Edge Award for Experienced Leadership in the Field from the Association for Science Technology Centers.

Foster-Frau writes for The Washington Post about the nation’s emergence as a predominantly multicultural society, exploring its changing racial, ethnic, and cultural demographics, and telling the stories of everyday Americans
affected by and a part of such change. She will engage with Hofstra students and community regarding her purpose in the field of journalism and her career covering racial and cultural topics for one of the nation’s most respected outlets.

The series is co-sponsored by the Office of the Vice President for Student Affairs and the Center for Career Design and Development.

The Seeking Purpose series gives Hofstra students unique opportunities to hear from and interact with professionals in a wide variety of fields who have created not only career paths for themselves, but also inspiring journeys. The series encourages students to create their own path to Pride and Purpose and motivates them to make the most of every opportunity and experience.